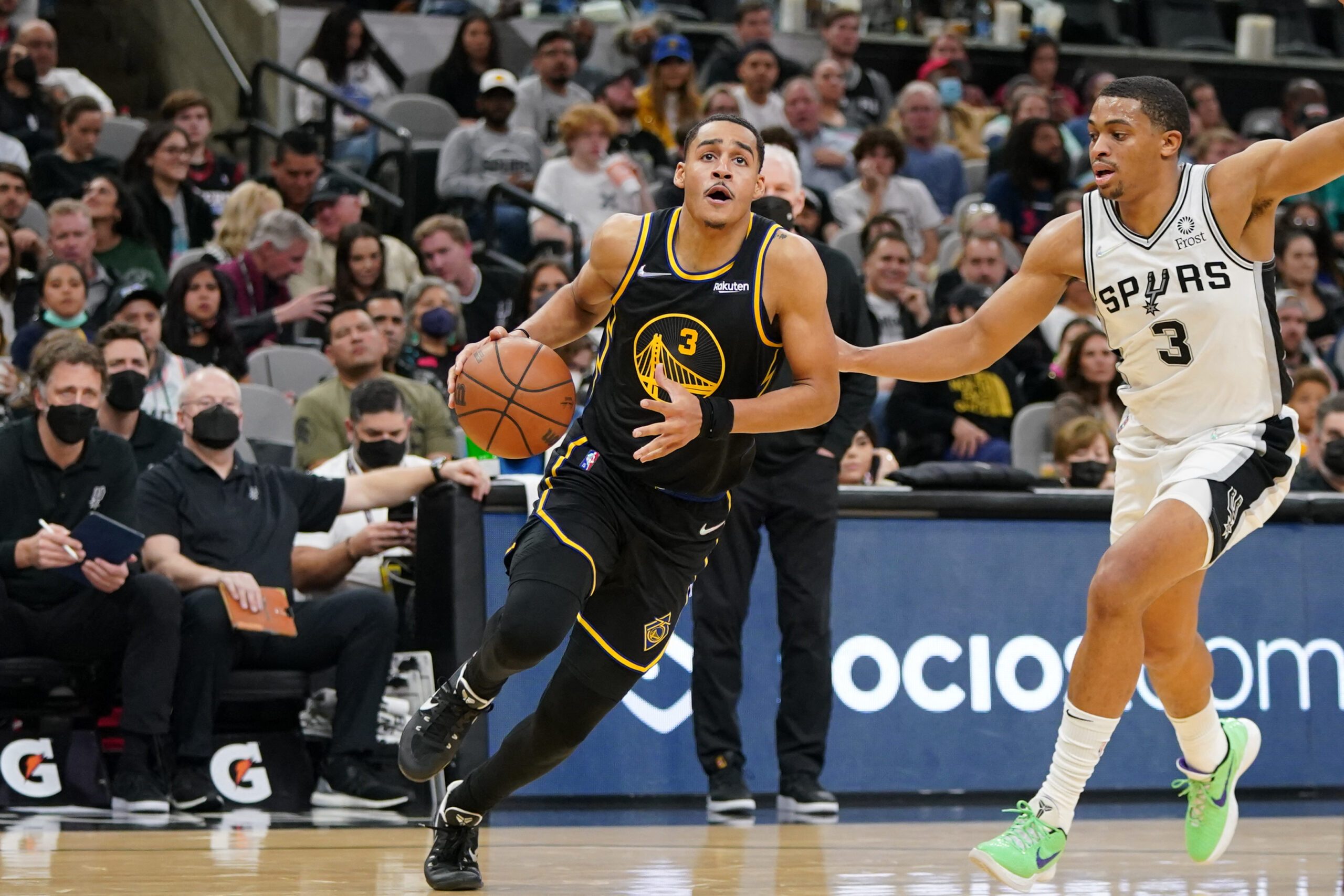 Facebook Twitter Copy URL
Copied
Behind a makeshift lineup, the Warriors roar back from 17 points down against the Spurs to stretch their winning streak to seven

The Spurs led by 15 points after three periods before Golden State’s makeshift lineup roared back to tie the game at 114 on Jonathan Kuminga’s layup with 2:34 to play. Damion Lee’s three-pointer on the ensuing possession capped a 13-0 run and garnered the Warriors their first advantage since the opening minutes.

The lead changed hands four times over the next two minutes, the fourth on Poole’s three-pointer with 17.9 seconds left. Two free throws by Lee with 4.9 seconds remaining clinched a seventh straight win for the Warriors.

Lee added 21 points for the Warriors, with Moses Moody hitting a career-high 20, Kuminga scoring 19 and Kevon Looney racking up 12 points and 12 rebounds.

San Antonio led by 10 points in the first quarter, behind 8 points by McDermott and 5-for-9 shooting from beyond the arc.

The Warriors could not make much of a dent in the lead in the second quarter, never getting closer than two points before the Spurs pushed their advantage to 11 points in the waning seconds of the half. San Antonio led 69-61 at the break.

Murray led all scorers in the half, with 15 points. Johnson and Vassell added 11 points each as San Antonio outshot the Warriors 58.7% to 51.2%, including a 10-for-18 showing on three-pointers.