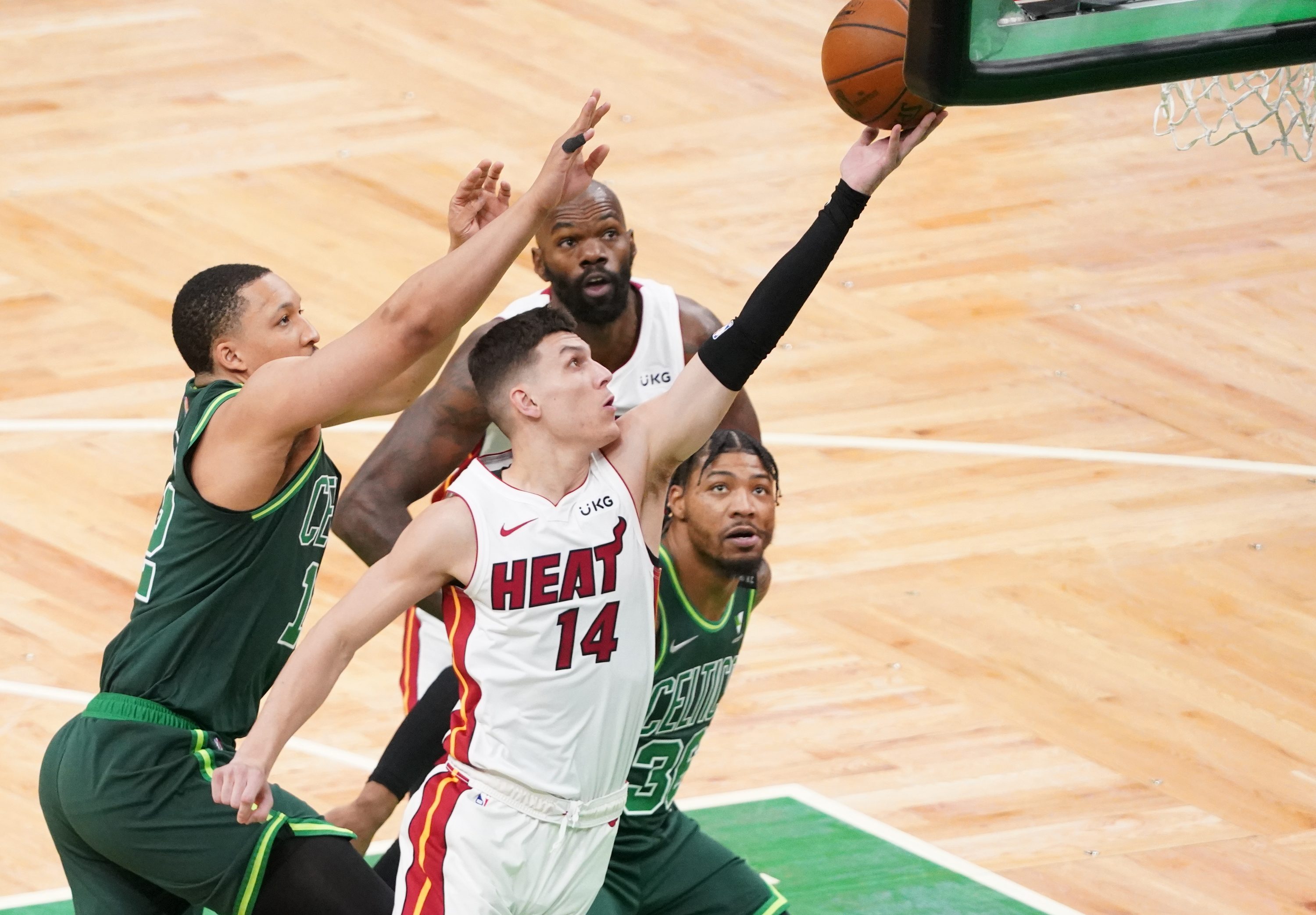 TAKE CHARGE. Heat guard Tyler Herro drives to the basket against the Celtics in first-half action.

The Miami Heat clinched a spot in the playoffs for the fourth time in the past six seasons by beating the host Boston Celtics, 129-121, on Tuesday night, May 11 (Wednesday, May 12, Manila time).

Miami (38-31) won in Boston for the second consecutive game, all but relegating the Celtics (35-34) to the NBA’s play-in tournament. Miami has a three-game lead and holds the head-to-head tiebreaker on the Celtics with each team having three regular-season contests to play.

Tyler Herro led the Heat, who shot 59.3% from the field, with 24 points and 11 rebounds. Duncan Robinson and Bam Adebayo scored 22 apiece. Kendrick Nunn contributed 18 points, and Goran Dragic had 17.

Miami was without Jimmy Butler (team-high 26 in the Sunday win) in the second half after he was apparently poked in the eye after colliding with Smart just before halftime.

Butler ended with 13 points in 18 minutes.

The lead changed hand 13 times in the first half before Miami emerged on top by six at the break. Herro and Adebayo each scored 15 points before halftime while Fournier and Walker had 17 first-half points apiece.

The Heat completely took over in the second half, building to a 21-point lead early in the fourth quarter before Boston closed the gap considerably in the final minutes.

Walker briefly left the game in the first quarter after colliding with Adebayo in the paint and appeared to hurt his shoulder.

Walker returned later in the first, good news for a Celtics team hit hard by injury.

On Monday, the Celtics announced All-Star Jaylen Brown would miss the rest of the season due to a ligament tear in his left wrist.

Boston forward Robert Williams III, who tried to play through a toe injury Sunday, was held out Tuesday. – Rappler.com