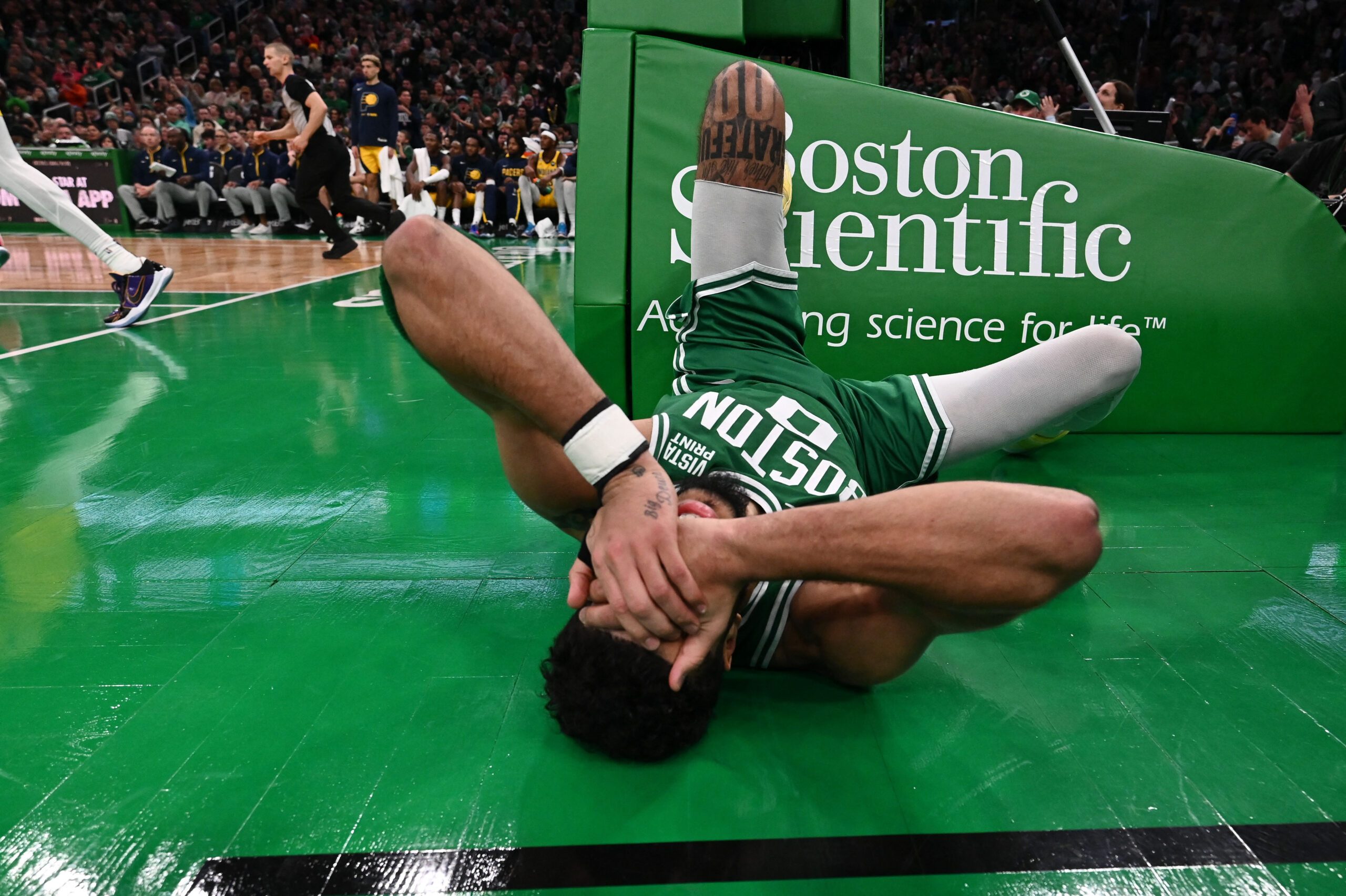 ALMOST. Boston Celtics forward Jayson Tatum (0) reacts after being fouled during the fourth quarter of a game against the Indiana Pacers at the TD Garden

Tyrese Haliburton scored 20 of his 33 points in the first half to help the Indiana Pacers beat the host Boston Celtics 117-112 on Wednesday night (Thursday, December 22, Manila time)

Haliburton shot 12 of 24 from the field, hit six 3-pointers and added eight assists and three rebounds as Indiana broke a two-game skid.

The Pacers led by 28 points at halftime and held off a furious Boston comeback that included a 42-point third quarter.

Jayson Tatum scored a game-high 41 points, Jaylen Brown added 19 points and 10 rebounds and Malcolm Brogdon had 18 and seven assists as Boston fell to 0-3 on its seven-game homestand.

Robert Williams III had 12 rebounds for the Celtics, who have lost five of their past six games.

Boston guard Marcus Smart was out due to a non-COVID illness.

Haliburton and Hield hit back-to-back triples part way through the streak to put the Pacers ahead by five. Driving layups by Hield and Turner prompted a Boston timeout.

The Pacers were in full control at the half thanks in large part to a 13-0 run that included a Smith 3-pointer and a Nesmith layup. Nesmith’s triple with 1:07 left gave Indiana a 30-point lead.

Boston’s 8-0 run to open the second half was stopped with two baskets.

Duarte hit two last-minute treys to lift Indiana to a 100-85 edge at the third-quarter buzzer, despite Tatum posting 15 points on 5-of-6 shooting in the frame.

Tatum hit two 3-pointers off offensive rebounds to cut Boston’s deficit to 106-99 midway through the fourth. Haliburton’s transition trey put Indiana back up by 10 with 4:14 left.

Boston was within five with 3:06 to go, but a 6-0 Indiana run followed. Tatum scored six straight in the last 2:01 to slice into the final margin. – Rappler.com