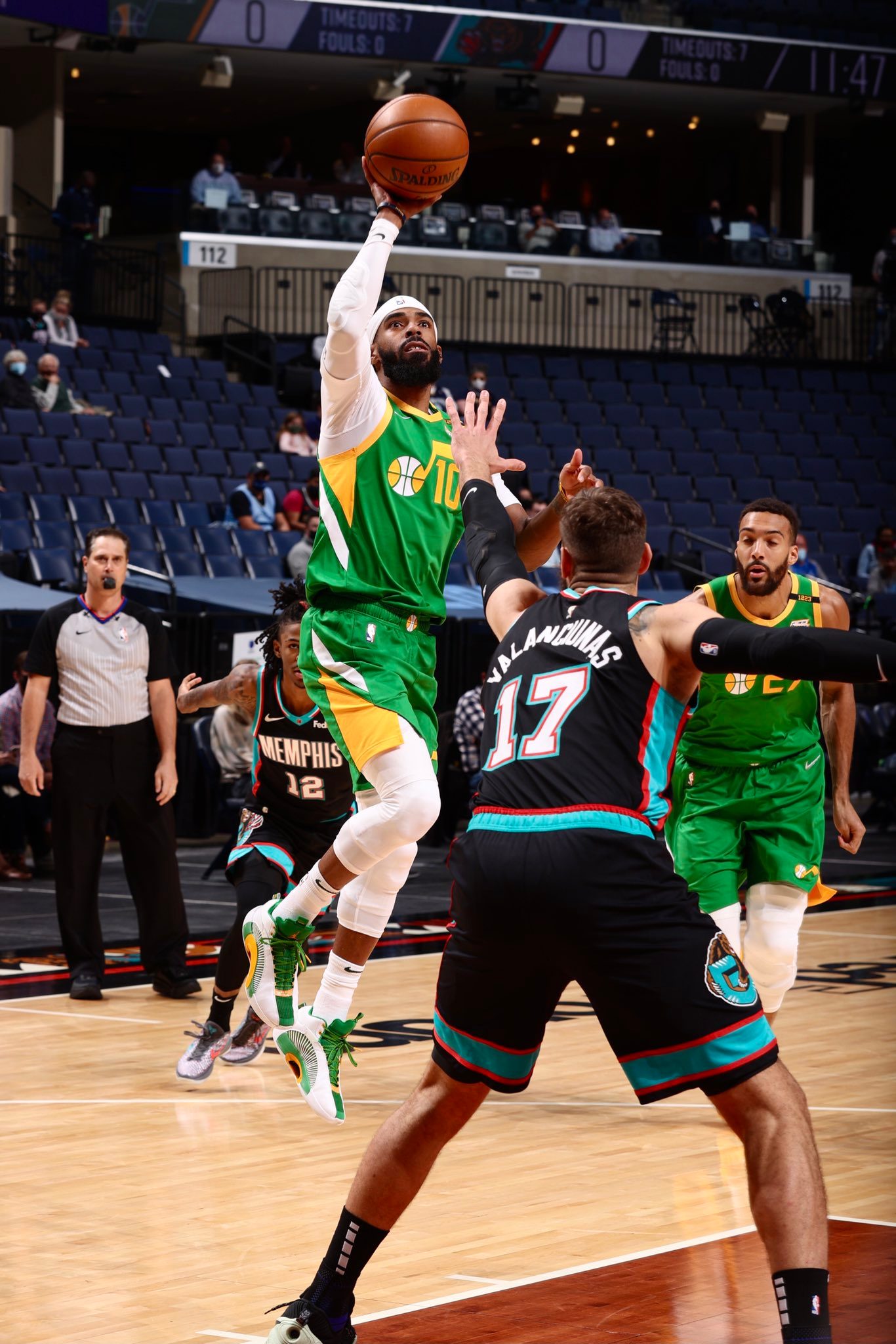 IN CHARGE. Mike Conley takes over in the final stretch for the Jazz.

Mike Conley scored 26 points and had 7 assists to lead the Utah Jazz to a 111-107 victory over the host Memphis Grizzlies on Wednesday night, March 31 (Thursday, April 1, Manila time).

The Jazz extended their winning streak to 7 and beat Memphis for the third time in the past 6 days for a league-best 36-11 record.

Utah swept the season series against the Grizzlies and beat them for the sixth consecutive time despite missing star guard Donovan Mitchell, who did not make the trip.

Utah’s initial charter flight to Memphis on Tuesday was forced to make an emergency landing, returning to Salt Lake City shortly after takeoff when a flock of birds struck the plane, reportedly shutting down one of the plane’s engines.

Mitchell, who has previously stated that he fears flying, stayed behind in Utah when the team took a subsequent flight to Memphis.

The Jazz also lost Jordan Clarkson (24 points and 7 rebounds) when he injured his right foot midway through the 4th quarter. He remained in the game initially, but then exited with 5:11 remaining and did not return.

Conley and Bojan Bogdanovic (23 points) helped the Jazz close things out by combining to score 15 of the team’s final 17 points. Royce O’Neale scored the final two points on a pair of free throws to put the game out of reach with 3.9 seconds left.

Ja Morant led the Grizzlies with a game-high 36 points while Jonas Valanciunas and Kyle Anderson each recorded double-doubles.

Joe Ingles started in Mitchell’s place and finished with 10 points and 5 rebounds.