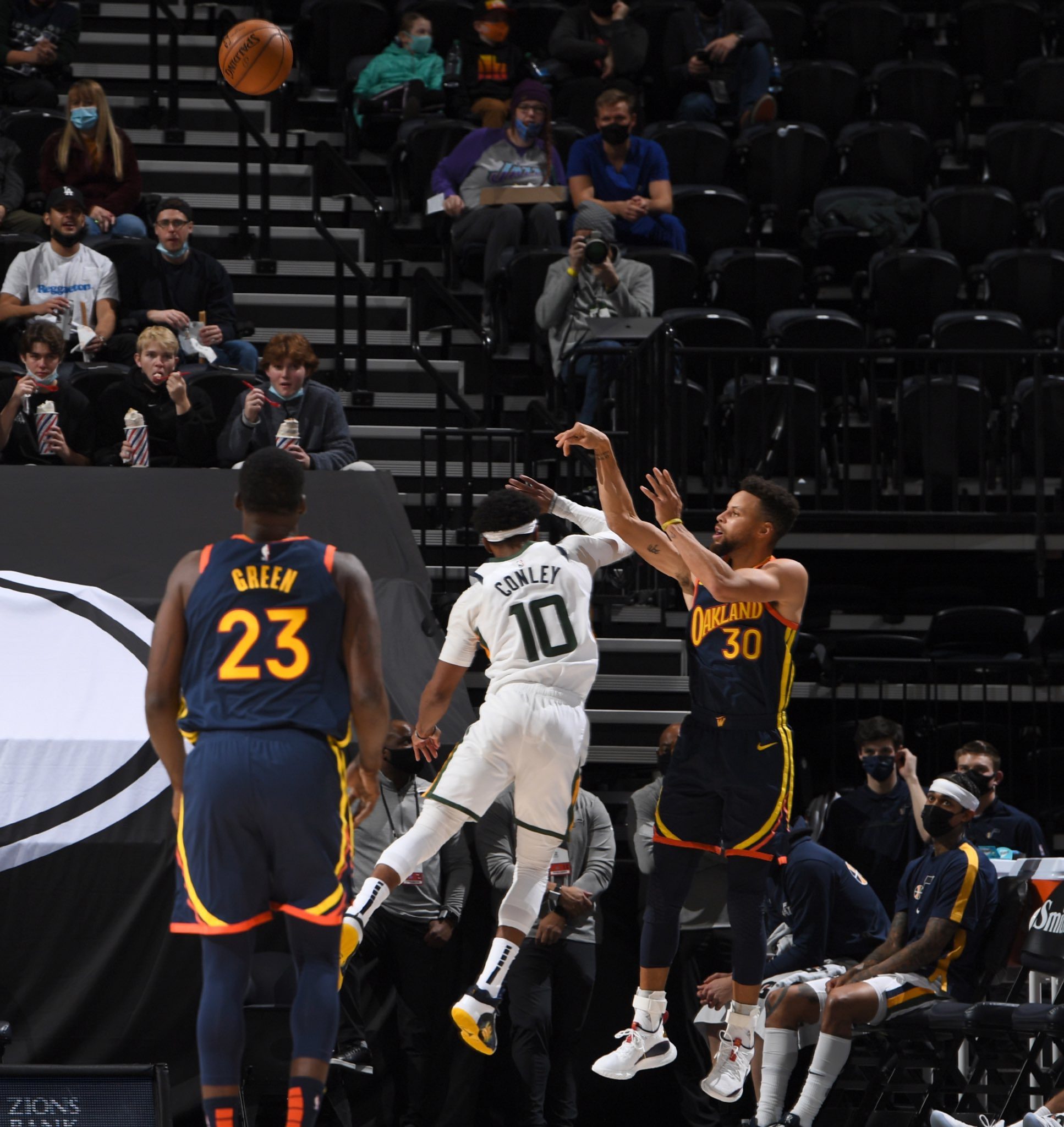 CLICKING. The Jazz get it all right against Steph Curry and the Warriors.

Steph Curry moved up to No. 2 on the NBA’s all-time three-pointers list, but that was about the only thing that went the Golden State Warriors’ way in a 127-108 blowout loss against the Utah Jazz in Salt Lake City on Saturday night, January 23 (Sunday, January 24, Philippine time).

Donovan Mitchell led a balanced and explosive offensive performance for the red-hot Jazz – who led the whole game and by as many as 40 – with 23 points, 7 rebounds and 6 assists in just 27 minutes.

Five other players scored in double-figures for the Jazz, who won their league-leading eighth consecutive game.

Rudy Gobert contributed 11 points and 14 rebounds, while Jordan Clarkson and Joe Ingles combined for 27 off the bench.

Curry finished with 24 points and 5 three-pointers, with his fourth triple pushing him past Hall of Famer Reggie Miller for the second-most made triples in NBA history. Curry has made 2,562, trailing only Ray Allen (2,973).

Despite that milestone, the Warriors dropped their fourth game in 6 outings and their ninth in their last 11 versus the Jazz.

The Jazz had a sensational first half to set the tone.

Utah opened on a 14-0 run thanks to two three-pointers apiece by Royce O’Neale (9 points) and Conley sandwiched around a Gobert layup.

It eventually got a bit better and then a lot worse for the Warriors.

James Wiseman (15 points) and Andrew Wiggins (13 points) were the only other Warriors to score in double figures.