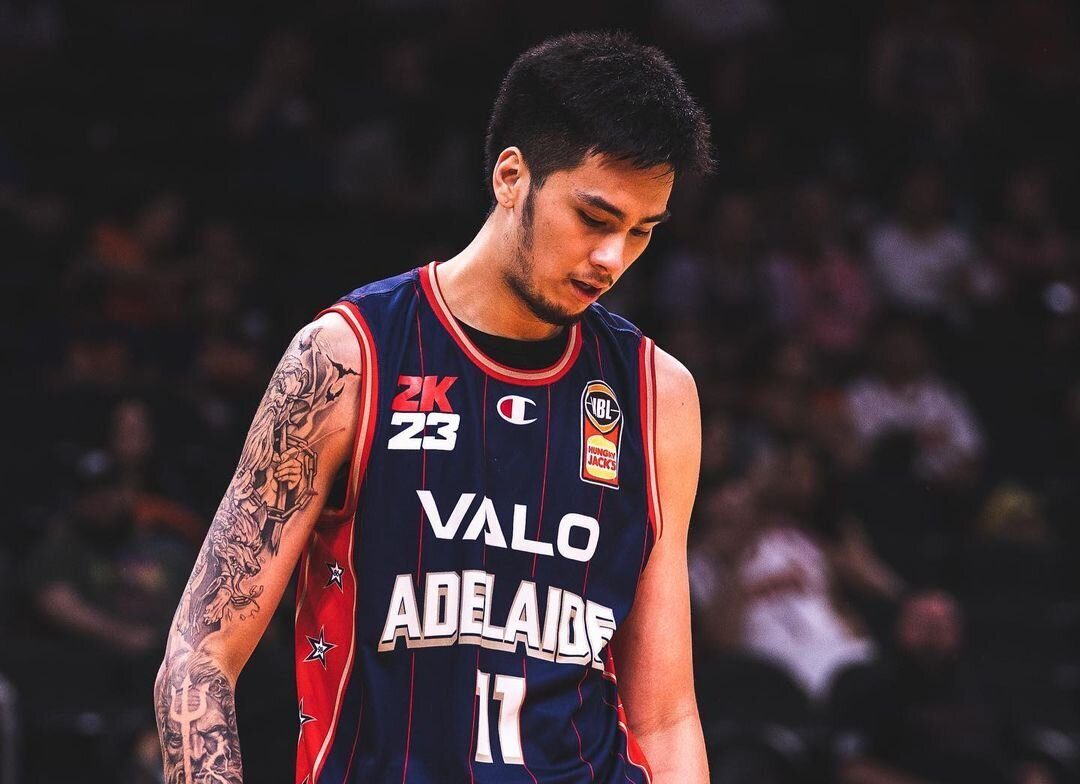 NEW SEASON. Kai Sotto and the Adelaide 36ers gear up for the Australia NBL.

MANILA, Philippines – Kai Sotto and the Adelaide 36ers failed to ride on the momentum of their stunning win over the Phoenix Suns as they absorbed a 131-98 beatdown at the hands of the OKC Thunder in their final NBA Preseason game at the Paycom Center in Oklahoma City on Thursday, October 6 (Friday, October 7, Manila time).

After putting up 11 points, 2 rebounds, 1 assist, and 2 steals on 50% shooting against the Suns, the 7-foot-3 Sotto went scoreless this time around, missing all his three attempts from the field in 8 minutes and 39 seconds of action.

The Filipino big man recorded just 4 rebounds off the bench and finished with a plus-minus of -11 in the lopsided affair, where Adelaide never held the lead throughout the course of the ball game and even trailed by as many as 40 points, 68-108, late in the third frame.

Former Adelaide 36er and sixth overall pick in the 2021 NBA Draft Josh Giddey, meanwhile, tallied 10 points, 5 rebounds, 6 assists, and 2 blocks for the Thunder, who played without their star guard Shai Gilgeous-Alexander due to a knee injury.

On the other side, Craig Randall II, who went off for 35 points on 9-of-17 shooting from deep in their previous outing versus Phoenix, carried the scoring cudgels anew for Adelaide with 27 markers.

Sotto and the 36ers will open their 2022-2023 Australia National Basketball League (NBL) season on Thursday, October 13 against the Tasmania JackJumpers at 4:30 pm, Manila time.