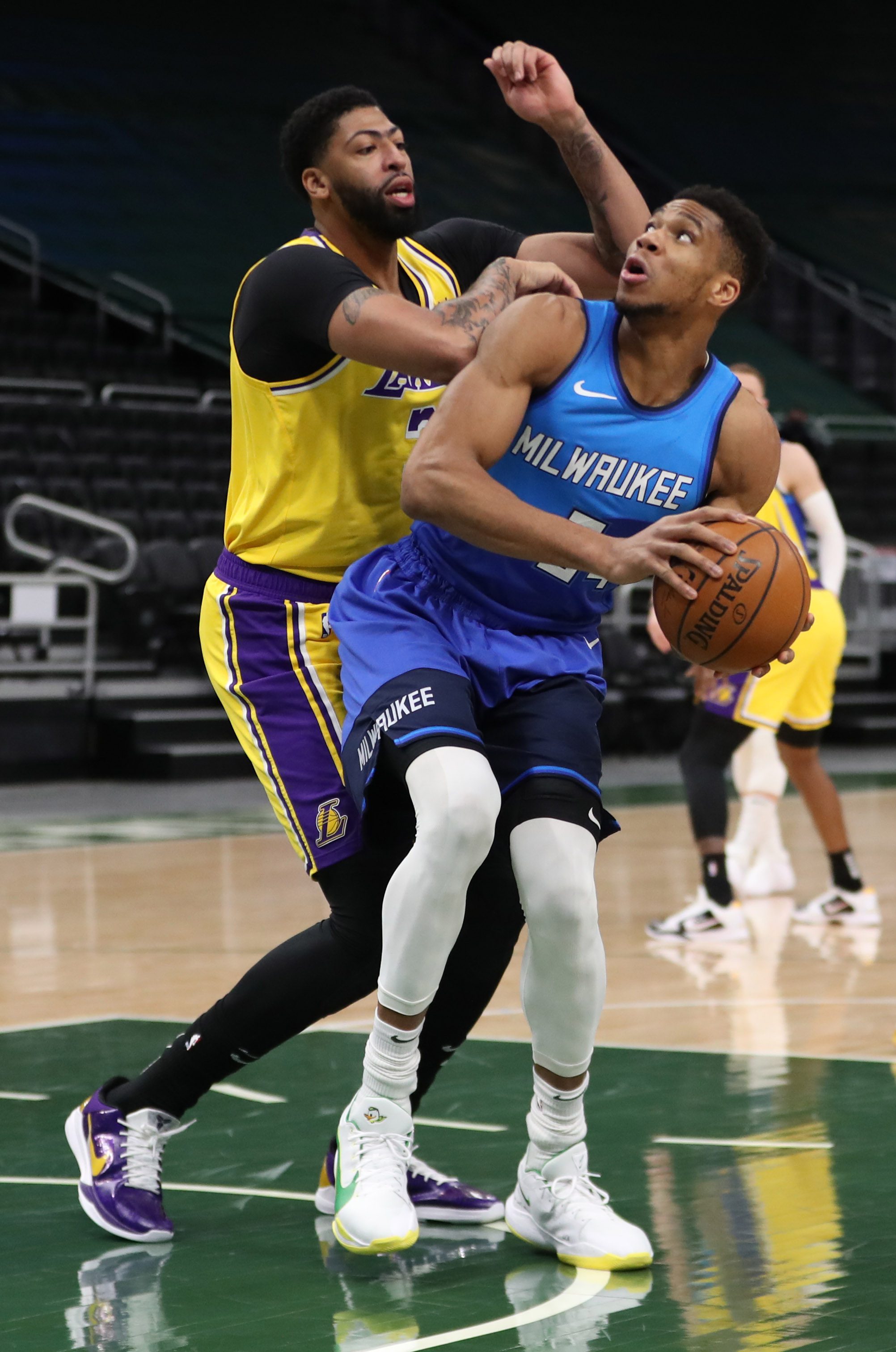 LeBron James scored a season-high 34 points to help keep the Los Angeles Lakers undefeated on the road this season with a 113-106 win against the Milwaukee Bucks on Thursday night, January 21 (Friday, January 22, Philippine time).

The Lakers extended their franchise-best road start to 8-0.

Los Angeles’ Kentavious Caldwell-Pope hit a season-high 7 three-pointers on 10 attempts in a 23-point night, and Anthony Davis had 18 points and 9 rebounds.

James shot 6-for-10 from three-point range and added 8 assists for the Lakers in the opener of a seven-game road trip.

Montrezl Harrell added 12 points off the bench for Los Angeles, which shot 19-of-37 (51.4%) from three-point distance.

The Lakers led 86-81 after 3 quarters, and they increased the gap to 96-85 on a Markieff Morris three-pointer with 8:42 to go. However, the Bucks pulled back within two with 3:05 left on a Middleton layup.

Alex Caruso sank a three-pointer to move Los Angeles ahead 108-101 with 1:42 remaining. After an Antetokounmpo layup, James hit a deep three-pointer to beat the shot clock and move the Lakers ahead 111-103 with 1:04 remaining, and Milwaukee was out of comebacks.

Caldwell-Pope, who came into the game second in the NBA in three-point percentage at 53.7%, hit a 35-footer at the buzzer to cap an 11-2 run to close the first half and give the Lakers a 63-57 lead at the break.

Caldwell-Pope and James made three-pointers to start the second half and give the Lakers their first double-digit lead at 69-57.

The Bucks came back with a 7-0 run and continued to stay close in the 3rd quarter despite two more treys from Caldwell-Pope.

The Bucks led by as many as 7 in the opener before taking a 33-29 lead into the 2nd quarter. – Rappler.com

Get yourself a pair of LeBron James shoes with this Nike PH promo code.