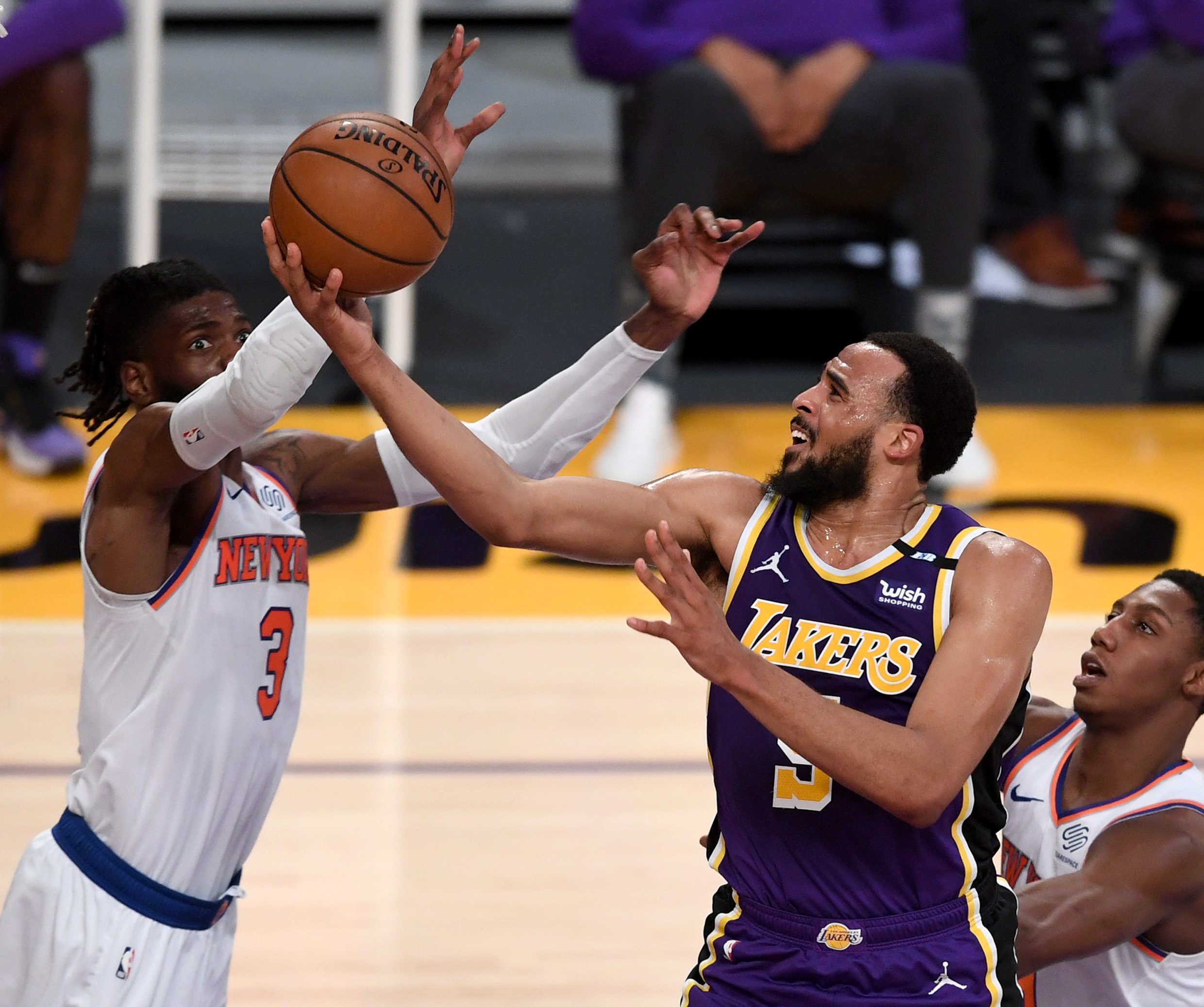 Talen Horton-Tucker hit the decisive three-pointer with 21.1 seconds left in overtime, lifting the Los Angeles Lakers to a 101-99 victory over the visiting New York Knicks on Tuesday, May 11 (Wednesday, May 12, Manila time).

The seventh-place Lakers (39-30) pulled within one game of the Mavericks (40-29) in the chase for sixth place in the Western Conference after Dallas’ loss at Memphis on Tuesday.

The top six teams clinch berths in the main draw of the playoffs while the seventh- through 10th-place teams head to a play-in tournament.

Kyle Kuzma paced the Lakers with 23 points. Anthony Davis added 20 points, and Andre Drummond chipped in with 16 points and 18 rebounds.

The Knicks (38-31) finished a six-game road swing 3-3. They play their final three games of the regular season at home.

After the loss, the Knicks are in a three-way tie with the Atlanta Hawks (38-31) and the Miami Heat (38-31) for fourth place in the Eastern Conference.

Lakers star LeBron James missed his fifth game in a row. He decided to take more time to rest his sore right ankle, having returned in late April from a six-week absence and appearing in just two games before shutting it down again.

The Lakers hope James can play at home Wednesday against the Houston Rockets, when the team will unfurl the championship banner from last year in the final home contest.

Los Angeles point guard Alex Caruso started the game, but exited after the opening quarter due to right foot soreness and did not return. He played seven scoreless minutes.

It was a tightly contested, physical contest that featured 23 lead changes and 11 ties. Los Angeles improved to 5-1 in overtimes this season while the Knicks dropped to 3-2.

At the start of overtime, Horton-Tucker gave the Lakers a three-point lead on a corner three-pointer, an advantage they held onto until Randle hit a triple with 1:11 left, putting the Knicks ahead by a point.

After Horton-Tucker’s go-ahead hoop, New York’s RJ Barrett missed a long three-point try in the final seconds. Barrett also missed a shot for the win at the end of regulation. – Rappler.com