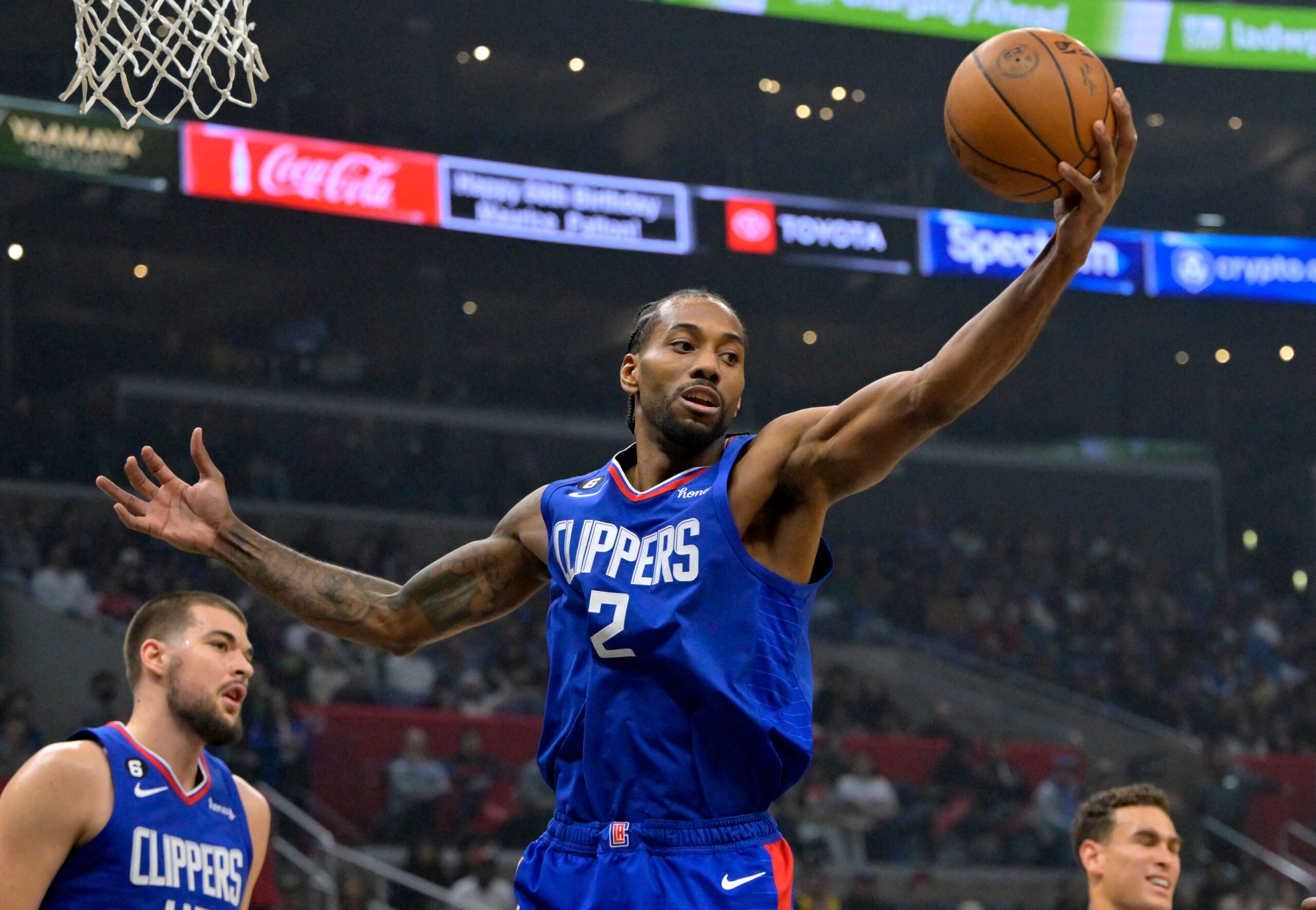 TAKE CHARGE. Clippers forward Kawhi Leonard reaches for a rebound in the first half against the Mavericks.

Marcus Morris Sr. and Terance Mann each scored 12 points as the Clippers won for the first time in the new year and picked up their first home win since December 21. It was the longest losing streak in Tyronn Lue’s three-season tenure as Los Angeles head coach.

Luka Doncic scored 43 points with 11 rebounds and 7 assists for the Mavericks in his return from left ankle soreness, which kept him out of Sunday’s loss to the Oklahoma City Thunder. It was his ninth game of at least 40 points this season.

Tim Hardaway Jr. added 16 points, while Spencer Dinwiddie had 13 for Dallas, which has lost three of its past four games following a seven-game winning streak.

The Clippers took a 31-25 lead after one quarter then dominated the second period to take a 69-47 lead into halftime. Los Angeles shot 56% from the field in the second quarter, with Powell scoring 16 points in the period on 6-of-6 shooting (3-of-3 from three-point range).

The Mavericks worked their way back into the game in the third quarter to trail 88-78, with Doncic scoring 11 points in the period, one less than his total over the entire first half.

The Mavericks failed to make a field goal over the first four minutes of the fourth quarter as the Clippers took a 98-80 lead. Dallas was within 107-99 after Doncic and Leonard traded three-pointers before Leonard was fouled on a shot from long distance and made three free throws for a 110-99 Los Angeles lead with 1:40 remaining.