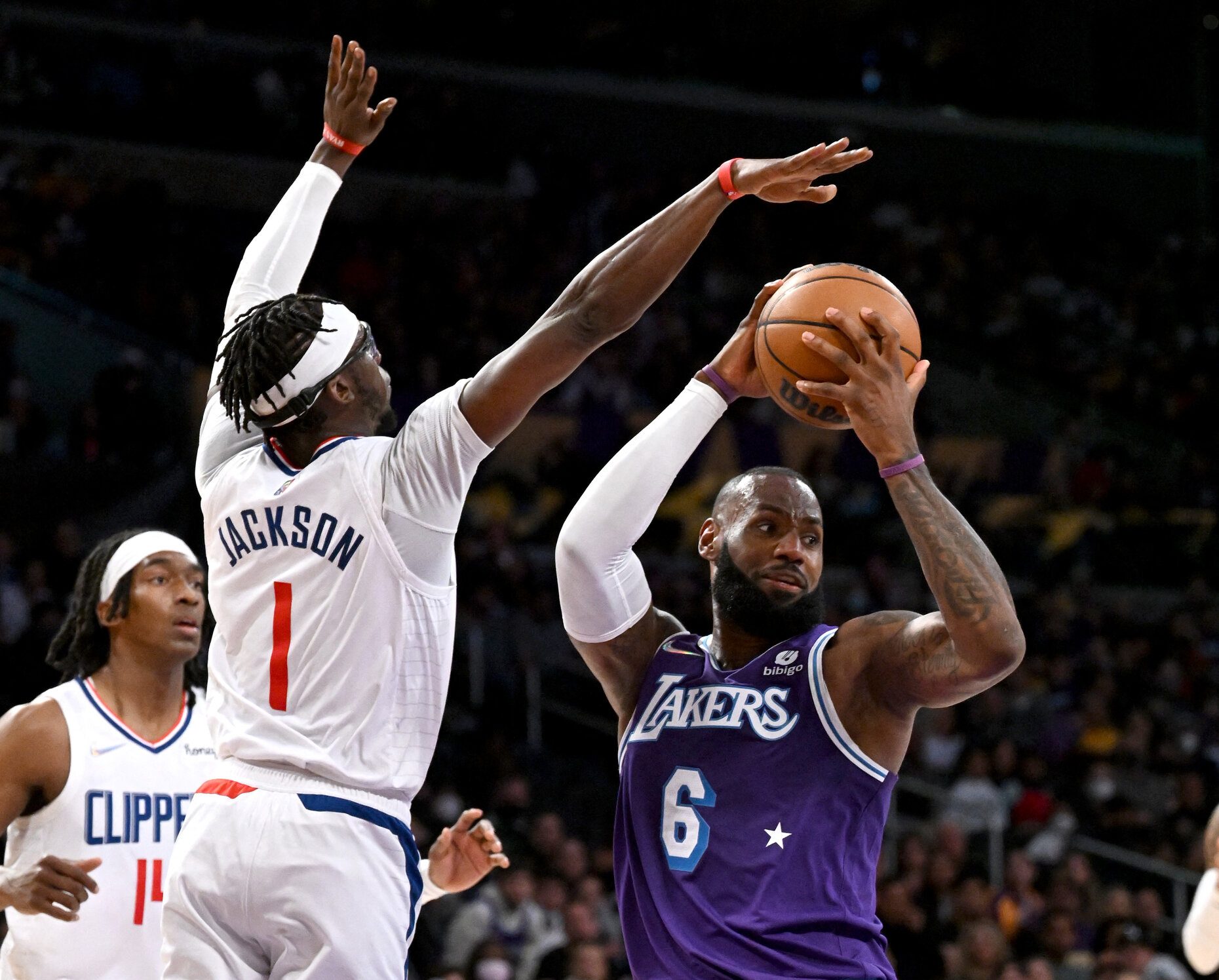 The wild finish featured two flipped calls, one that followed a Russell Westbrook miss with 26.3 seconds left. The Clippers won that one, thanks to a 7-minute replay review, after the referees had originally given the Lakers possession after a LeBron James rebound.

Up one, the Clippers then had a chance to run out most of the remaining time but got called for an 8-second backcourt violation, giving the ball back to the Lakers with 18.3 seconds left.

The call followed a foul whistled on Talen Horton-Tucker that was reversed on replay, allowing the Clippers to retain possession but giving them just one more second to advance past the midcourt line, which they failed to do.

The Lakers had two subsequent chances to score, but Carmelo Anthony misfired on a three-pointer with 4.0 seconds left. Then, after Reggie Jackson made it a three-point game with two free throws with 2.2 seconds left, James couldn’t connect from the left corner as time expired.

Terance Mann led seven players in double figures with 19 points for the Clippers, who beat the Lakers for a third straight time this season.

James was held to a team-high 21 points for the Lakers, ending his run of 23 straight games with 25 or more points.

The Clippers trailed 100-95 after a Westbrook layup with 2:44 remaining before rallying into the lead with six straight points. The last two came on free throws by Amir Coffey for a 101-100 lead with 1:05 to go.

Austin Reaves countered with a pair of foul shots to put the Lakers back on top by one with 57.1 seconds left before Morris nailed his big hoop.

Mann capped a double-double with a team-best 10 rebounds for the Clippers, who won for the fourth time in their last five games.

Luke Kennard chipped in 18 points, Jackson 17 to go with a team-high 6 assists, Coffey with 14, Isaiah Hartenstein 11, and Morris and Robert Covington 10.

James, who also accumulated 11 rebounds, and Dwight Howard (14 points, 16 rebounds) recorded double-doubles for the Lakers, who trailed by as many as 16 points in the first half en route to the fourth loss in their last five games.

Anthony and Westbrook had 18 points apiece for the Lakers, while Horton-Tucker added 16 and Malik Monk 7 to go with a team-high 6 assists. – Rappler.com