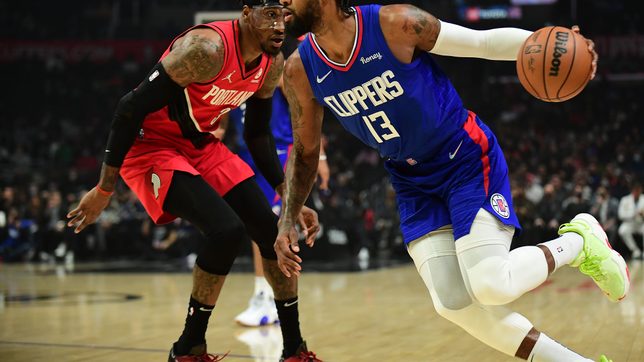 Nicolas Batum had 22 points, making 6-of-8 from three-point range, as the Clippers improved to 2-1 over the Trail Blazers this season. They have not lost since falling 111-92 at Portland on October 29.

Damian Lillard scored 27 points for the Blazers, while Norman Powell added 23 as Portland remained winless on the road this season in five tries.

The Blazers, who saw their two-game winning streak come to an end, were playing the opener of a four-game road swing.

The Clippers responded with an 8-0 run, capped by a three-point play from George to take a 111-100 lead with 1:22 remaining. Batum added a three-pointer in the run with 2:51 remaining.

Isaiah Hartenstein had a season-best 14 points off the bench for the Clippers, while Eric Bledsoe and Ivica Zubac scored 11 points each. Nurkic had 15 points with 13 rebounds for the Blazers, while McCollum had 13 points.

The Clippers’ Serge Ibaka did not score in six minutes, while playing his second game of the season after having back surgery in June.

The Clippers improved to 2-0 on a run of six consecutive home games that extends through next Tuesday. Los Angeles is now 4-2 at home this season. – Rappler.com