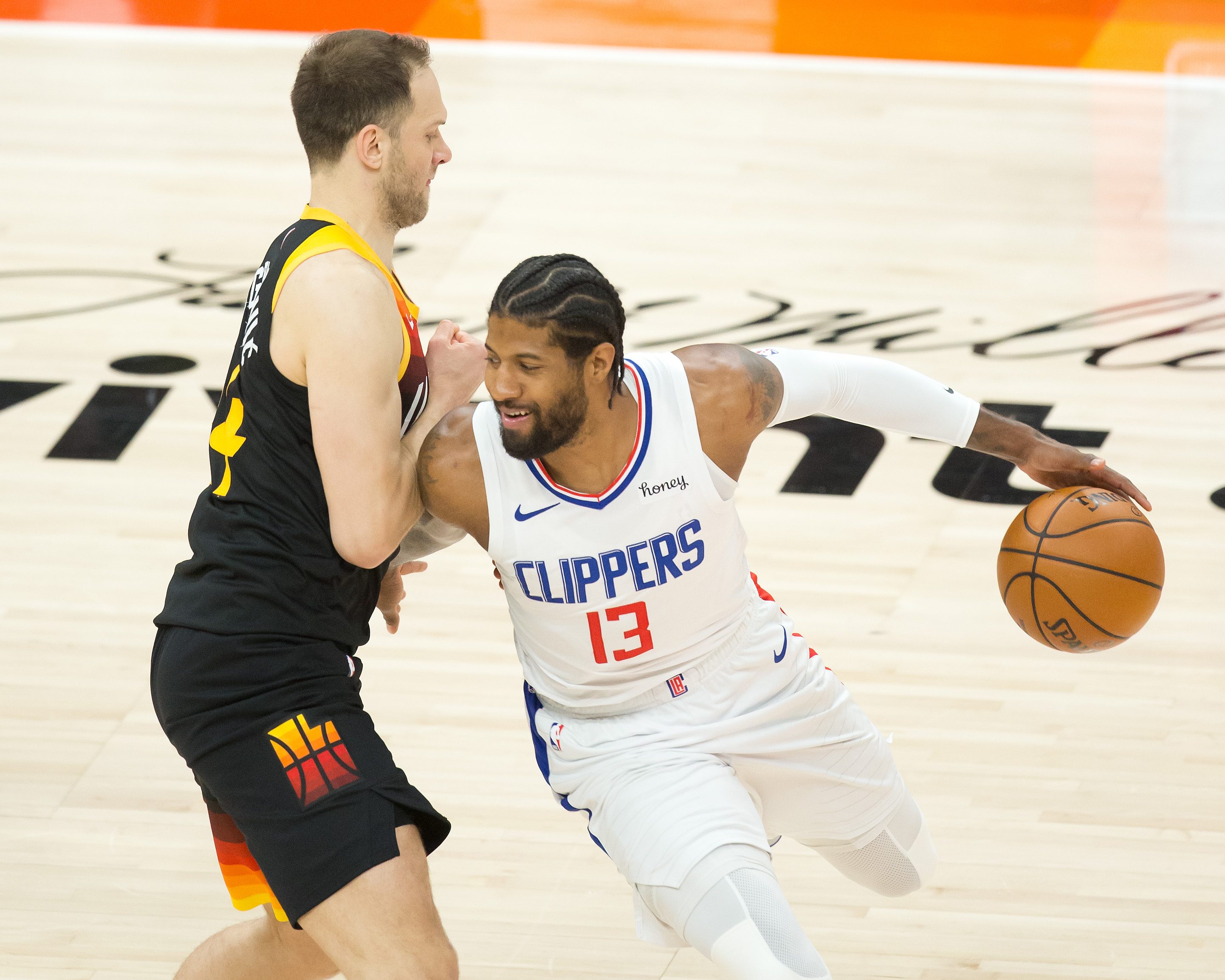 GRITTY. Clippers star Paul George tries to get Jazz forward Bojan Bogdanovic out of the way in Game 5 action.

Facebook Twitter Copy URL
Copied
Even minus Kawhi Leonard, the Clippers move within a win of clinching a Western Conference finals berth over the No. 1 Jazz

The fourth-seeded Clippers can eliminate the top-seeded Jazz in Los Angeles in Game 6 on Friday.

Despite the absence of Leonard, who was sidelined due to a sprained right knee, the Clippers withstood a blistering first-half shooting performance by the Jazz to win their third consecutive game after falling behind 0-2 in the series.

George grabbed a playoff career-high 16 rebounds and dished out a team-high 5 assists.

The Jazz again played without Mike Conley, who has yet to appear in the series because of a strained right hamstring.

The third quarter was the turning point for Los Angeles.

The Clippers outscored the Jazz 17-5 to open the second half and eventually established a 10-point lead in the third quarter. Utah missed all 10 of its three-point attempts in the period and was outscored 32-18 as Los Angeles turned a five-point halftime deficit into a 92-83 lead heading into the fourth quarter.

Rudy Gobert, who finished with 17 points and 10 rebounds, kept the Jazz within striking distance with three consecutive inside buckets.

Utah pulled within three midway through the fourth quarter after a Mitchell layup and free throw, but Jackson responded with a clutch triple and a layup.

The Jazz kept fighting and were within four before the Clippers’ Terance Mann exploded toward the basket and slammed the ball over Gobert. He added a free throw after the highlight-reel play to give the Clippers a 110-103 lead with 2:39 to go.

After a Mitchell drive brought Utah within four once, George responded with another three-point play, putting the Clippers up 113-106 with 1:48 to go.