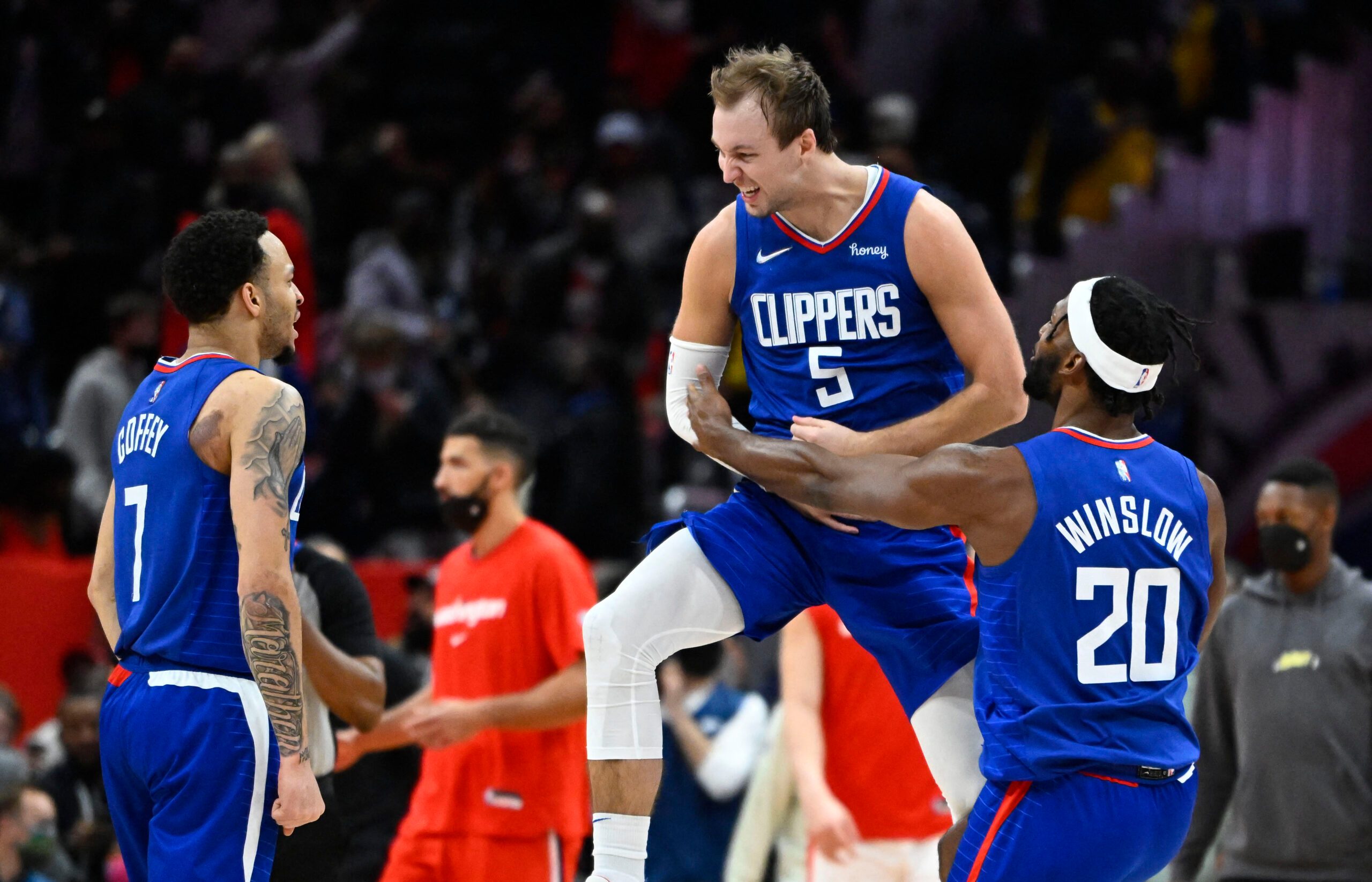 FIGHTBACK. Luke Kennard and the Clippers frustrate the Wizards in an improbable victory.

Luke Kennard converted a four-point play with 1.9 seconds to play as the visiting Los Angeles Clippers overcame a 35-point deficit to post a 116-115 victory over the Washington Wizards on Tuesday, January 25 (Wednesday, January 26, Manila time).

The result tied the second-largest comeback in NBA history, when the Sacramento Kings escaped a 35-point hole against the Chicago Bulls on December 21, 2009. The record was the Utah Jazz overturning a 36-point deficit to defeat the Denver Nuggets on November 27, 1996.

The Wizards held a 115-109 lead with 11.2 seconds remaining in the fourth quarter before Kennard halved the deficit with a three-pointer.

Washington’s Kyle Kuzma was whistled for a five-second inbound violation and Kennard drained his fourth three-pointer of the night while being fouled by Bradley Beal. Kennard sank the ensuing foul shot to give Los Angeles its first lead of the game and the improbable victory.

Amir Coffey scored 29 points and Kennard finished with 25 off the bench as the Clippers improved to 2-2 on their eight-game road trip.

Beal collected 23 points and 9 rebounds, and Kuzma added 19 and 12, respectively, for the Wizards, who completed a 3-5 homestand with four straight losses.

Daniel Gafford, Montrezl Harrell, and Kentavious Caldwell-Pope each had 12 points, and Thomas Bryant and Deni Avdija added 11 apiece for Washington.

The Clippers cut the deficit to 9 points at the end of the first quarter before the Wizards countered by scoring 24 of the first 26 points of the second to push their advantage to 56-25. Corey Kispert, Bryant, Rui Hachimura and Beal each made a three-pointer during the surge.

Reggie Jackson snapped Washington’s 17-0 run by sinking a mid-range jumper with 4:36 remaining in the second quarter.

Los Angeles attempted to claw back into the contest by outscoring Washington by a 40-27 margin in the third quarter. Coffey scored 13 points in the session as the Clippers trimmed the Wizards’ lead to 93-76. – Rappler.com