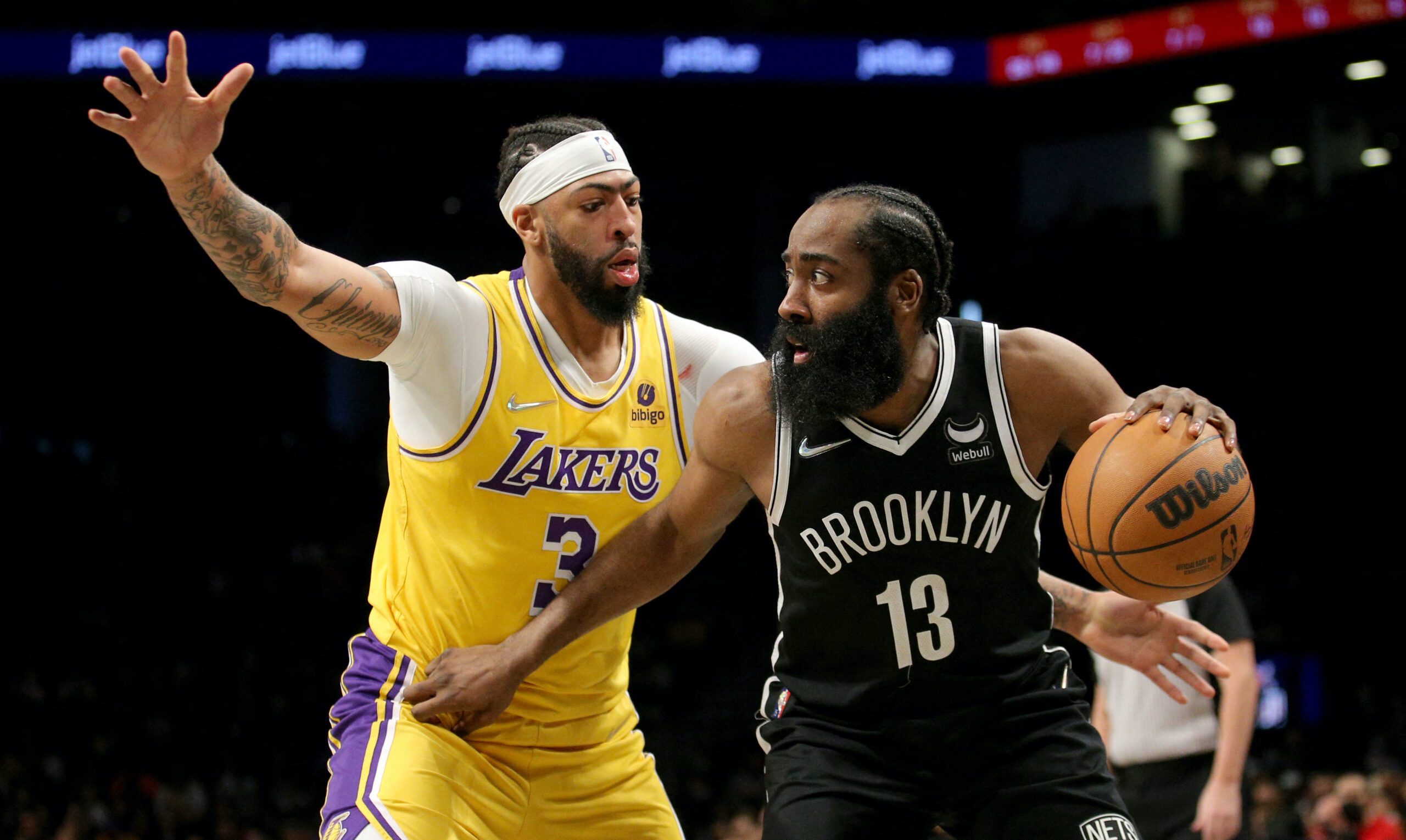 COMEBACK. Anthony Davis (left) is back with the Lakers, who went 7-10 without him.

LeBron James totaled 33 points, 7 rebounds, and 6 assists as the Los Angeles Lakers led most of the way and recorded a 106-96 over the Brooklyn Nets in New York on Tuesday, January 25 (Wednesday, January 26, Manila time).

The Lakers led for the final 37:45, improved to 2-1 on their six-game road trip and welcomed Anthony Davis back after the center had missed 17 games with a sprained medial collateral ligament in his left knee.

Davis had a dunk on the game’s first possession and finished with 8 points in 25 minutes. The Lakers had gone 7-10 without him.

James made 14 of 21 shots and highlighted his league-leading 22nd 30-point showing with consecutive thunderous dunks midway through the fourth.

James Harden notched a triple-double of 33 points, 12 rebounds, and 11 assists, but it was not nearly enough as the Nets dropped to 2-3 since losing Kevin Durant to a sprained left knee on January 15.

Patty Mills added 15 points and DeAndre’ Bembry contributed 12 as the Nets shot 42 percent, lost for the ninth time in 15 games and dropped to 2-7 in their past nine home games.

After the Lakers missed their first 8 shots of the fourth, Westbrook hit a layup and James then intercepted a pass from Harden and coasted in for a windmill dunk with 6:58 left. On the next possession, James intercepted a pass by Brooklyn’s James Johnson and soared in for a one-handed dunk to make it 100-85.

James then hit another layup with 4:03 remaining for a 104-89 lead after Stanley Johnson intercepted a pass by Harden near midcourt.

The Lakers ended the first quarter on a 12-2 run for a 33-25 lead when James hit a layup at the buzzer. Los Angeles opened a 42-29 lead with about nine minutes left in the half when Monk and Anthony hit three-pointers on consecutive possessions. The Lakers led 62-53 at halftime.

A free throw by Harden got the Nets within 71-70 with 6:32 remaining in the third quarter, but the Lakers surged ahead again, taking an 86-76 lead on a layup by Westbrook with 2:28 remaining and a 92-78 lead into the fourth. – Rappler.com