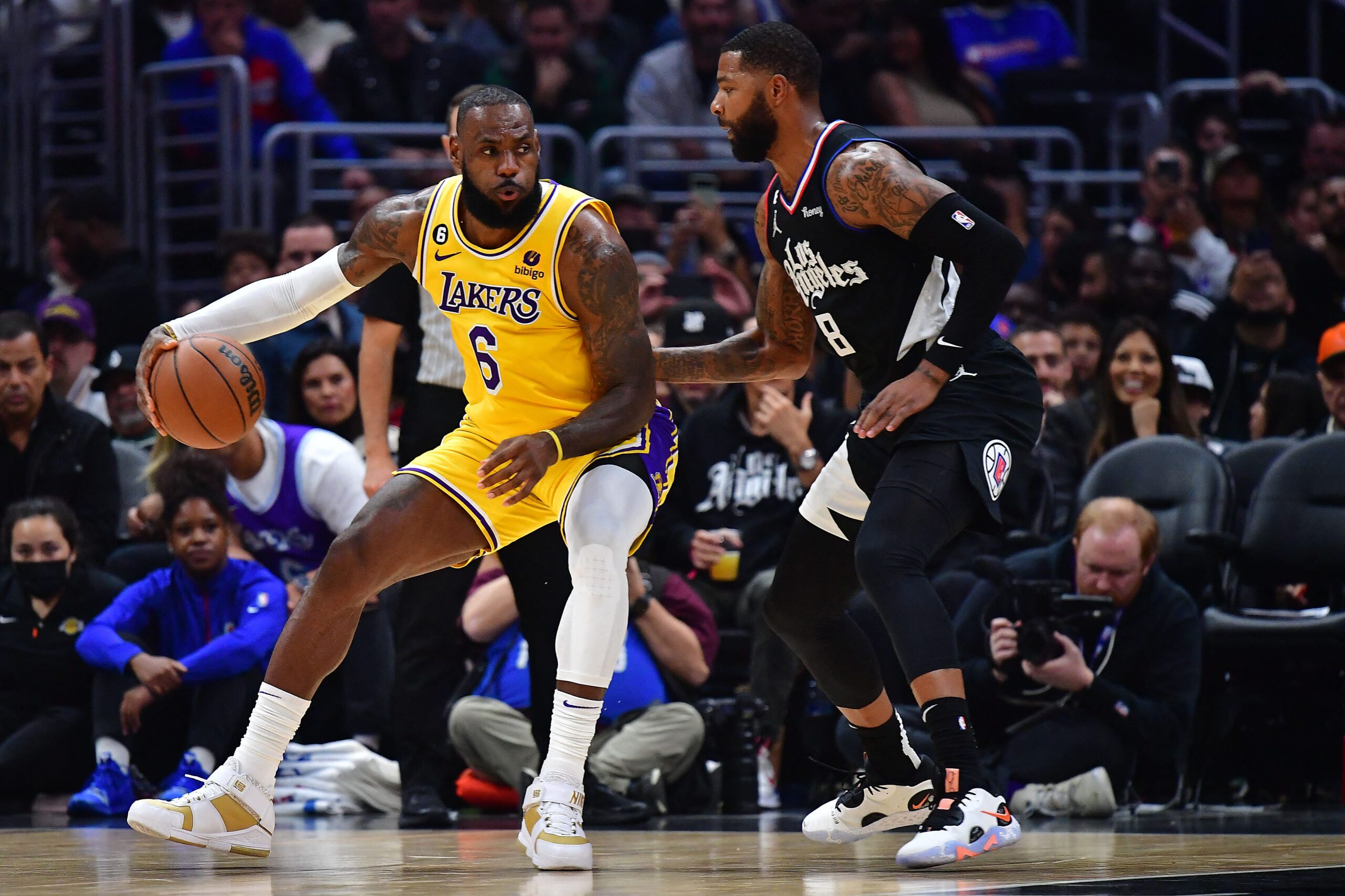 Facebook Twitter Copy URL
Copied
An injured LeBron James and the Lakers fall to 2-9, leaving them with the second-worst record in the league

The four-time NBA Most Valuable Player will be examined by team doctors on Thursday, Lakers coach Darvin Ham said after his team fell 114-101 to the Clippers. Ham added that the ailment was not new.

James left the court with less than six minutes remaining and did not return. He still ended up with a game-high 30 points and had 8 rebounds and 5 assists in 32 minutes.

James missed a game for the first time this season on Monday, sitting out the Lakers’ road loss to the Utah Jazz due to left foot soreness, before returning to action on Wednesday.

An 18-time All-Star, James is a four-time NBA champion, having won the NBA Finals MVP in each of those campaigns.

The Lakers fell to 2-9 with their fourth consecutive loss, leaving them with the second-worst record in the league. Only the Houston Rockets (2-10) are worse. – Rappler.com