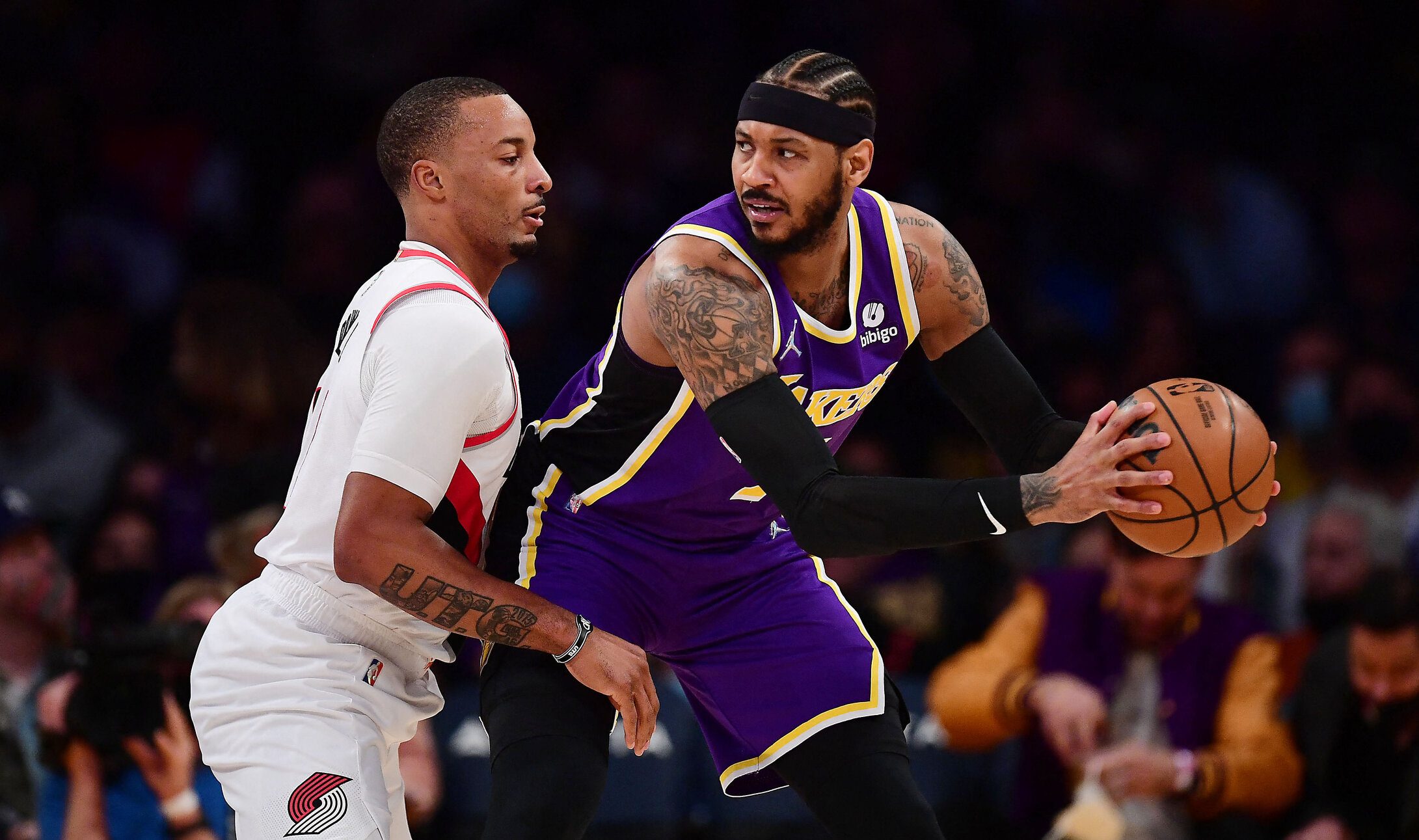 Russell Westbrook scored 9 points with 13 assists and 10 rebounds as the Lakers won after going 2-4 on a six-game trip. The trip, which began January 21, was played exclusively against Eastern Conference teams.

All three defeats in the losing streak came without LeBron James, who remained out with swelling in his left knee.

Norman Powell scored 30 points and Anfernee Simons added 19 as the Trail Blazers lost their third consecutive game and fell for the fifth time in their last six contests. Portland is now 8-9 without star guard Damian Lillard, who is out after having abdominal surgery.

Jusuf Nurkic scored 16 points with 13 rebounds as the Trail Blazers went 1-3 on a four-game road trip and now head home for the next five games.

The Lakers started fast, leading by as many as 13 in the second quarter, but the Blazers had a 32-20 advantage over the final 9:23 of the first half to trail just 54-53 at the break.

Portland entered the fourth quarter with a 75-72 advantage before the Lakers opened the period on an 8-2 run to lead 80-76. But Portland tied the game 89-all after a three-pointer by Powell with 2:44 remaining.

Davis put the Lakers ahead for good 91-89 on a stepback jumper with 2:24 remaining and went on a personal 6-0 run to put Los Angeles up 95-89 with 52 seconds remaining. The Lakers didn’t score a point off a turnover until Davis made a free throw with 2:07 remaining.

Davis was playing in just his fourth game since returning after more than a month away because of a knee injury. He has scored at least 27 points in the last three of those four games.

Avery Bradley scored 11 points for the Lakers, while Dwight Howard had 10 points with 7 rebounds. Anthony had 8 rebounds of his own.

CJ McCollum scored 15 points, while Robert Covington added 13 rebounds as the Blazers had a 24-1 advantage in points off turnovers. – Rappler.com