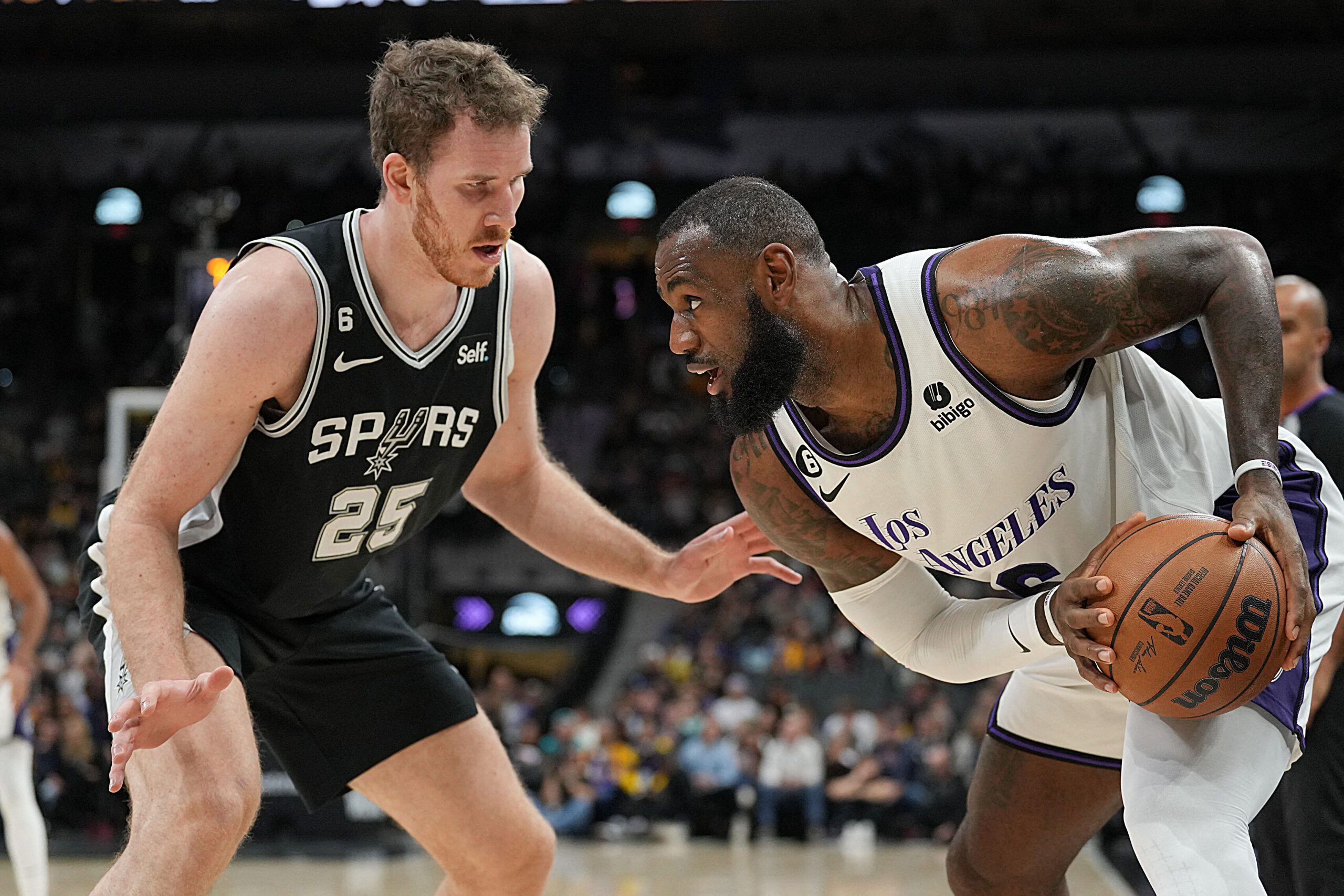 Facebook Twitter Copy URL
Copied
LeBron James does a carry job as the Lakers, playing minus Anthony Davis, pick up their fifth win in the last six games

LeBron James scored a season-high 39 points – 16 of them in a decisive stretch – as the visiting Los Angeles Lakers defeated the San Antonio Spurs, 143-138, in the second game of a back-to-back between the teams on Saturday, November 26 (Sunday, November 27, Manila time).

The Lakers played without Anthony Davis, who has a left calf contusion, and Patrick Beverley, sitting out the second of a three-game suspension. But James and Dennis Schroder were plenty tough to handle as Los Angeles won for the fifth time in its past six games.

On the other hand, the Spurs are in a downward spiral, losing their eighth straight contest (three of them against the Lakers). The Spurs lost for the 13th time in their 14 November games.

Los Angeles rallied to take a two-point lead at halftime and led just 91-90 after Tre Jones’ driving layup with 3:24 to play in the third quarter. That’s when James and company took charge, reeling off an 8-0 run to go back up by 9 points.

James then scored 12 of the Lakers’ 15 points over the first 2 1/2 minutes of the fourth quarter. San Antonio never got closer than five points the rest of the way.

The first quarter had eight lead changes and four ties before ending with the Spurs up 34-33.

San Antonio led by as many as 11 points in the second quarter before the Lakers rallied, using a 15-3 run through the middle of the period jump back in front at 55-54 after Schroder’s step-back jumper at the 4:10 mark. Two buckets by Jones over the final 37.4 seconds of the quarter brought the Spurs back to within 70-68 at the break.

James and Schroder led the Lakers with 16 points apiece before halftime. Vassell had 14 to pace San Antonio, with Poeltl adding 12 and Jones scoring 10. – Rappler.com