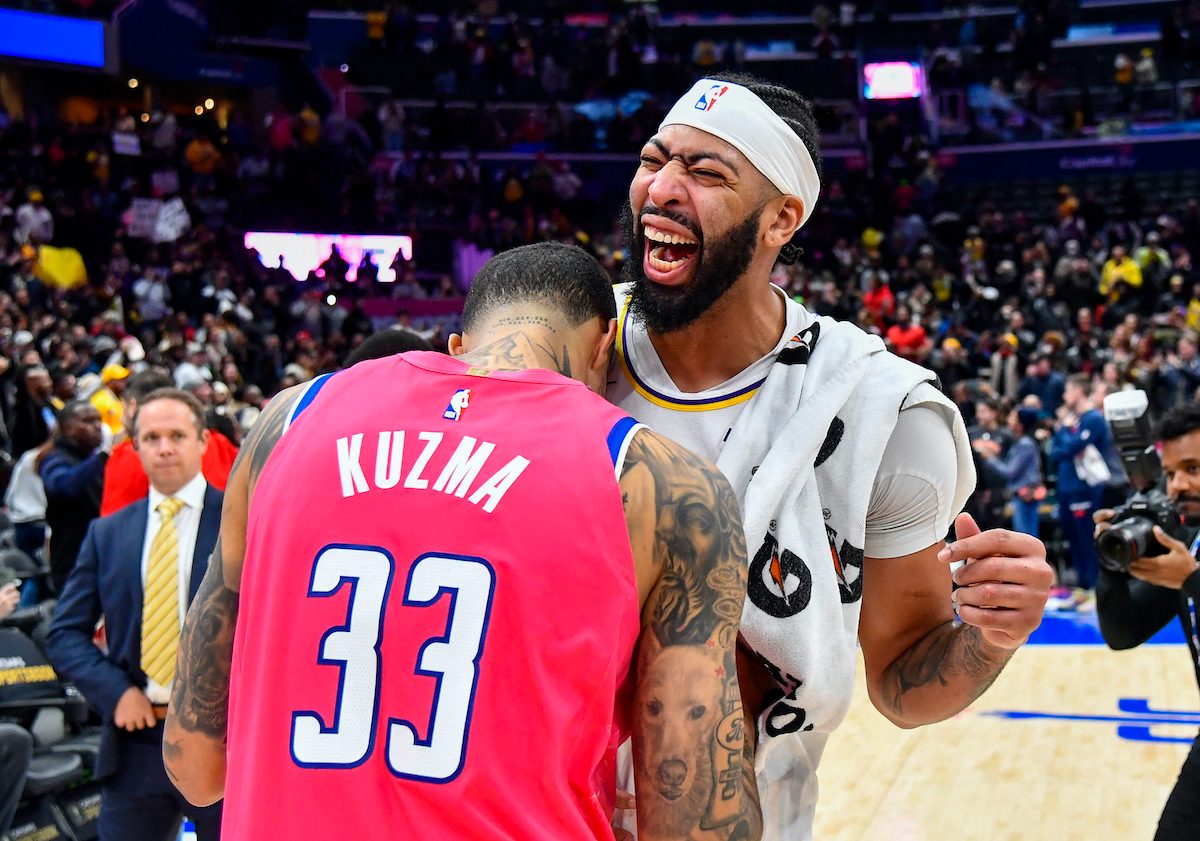 DOMINATING. Anthony Davis has been electric throughout the Lakers' resurgence.

Anthony Davis erupted for a season-high 55 points, 4 shy of his career-high, and recorded his 10th consecutive double-double with 17 rebounds as the Los Angeles Lakers raced to a big lead then held off the host Washington Wizards, 130-119, on Sunday, December 4 (Monday, December 5, Manila time).

The Lakers scored their fifth win in the last six games, third win in a row, and fourth consecutive road victory. Davis has been electric throughout Los Angeles’ resurgence and the defeat of Washington was his strongest performance yet.

He shot an eye-popping 22-of-30 from the floor, was 9-of-9 at the free-throw line, and did his part in staving off an attempted fourth-quarter rally by the Wizards with a 6-of-8 shooting performance in the period, including a successful three-point attempt.

Sunday marked Davis’ second straight game with 44 or more points, and came almost three years to the day of his last 50-point effort. He finished with 50 points exactly in a December 8, 2019 in a win over Minnesota.

Los Angeles led almost the entire way, taking control in the second quarter. Davis scored 10 of the Lakers’ points during a 17-8 run late in the period, while Lonnie Walker IV contributed 5 points to the run.

Walker finished with 20 points on 7-of-10 shooting from the floor. LeBron James added 29 points, 8 rebounds, and 6 assists. Russell Westbrook came off the bench to dish 15 assists and grab 7 rebounds.

The Los Angeles lead ballooned to as many as 29 points in the third quarter, but Washington chipped away during the fourth quarter.

Behind Kristaps Porzingis’ 27 points and 9 rebounds, and 26 points from former Laker Kyle Kuzma, the Wizards pulled within 11 points in the final period but could get no closer.

Washington shot 49-of-105 from the floor, including 10-of-39 from three-point range. The loss of Bradley Beal to a leg injury just minutes into the contest limited Washington’s ability to generate points from the perimeter. – Rappler.com