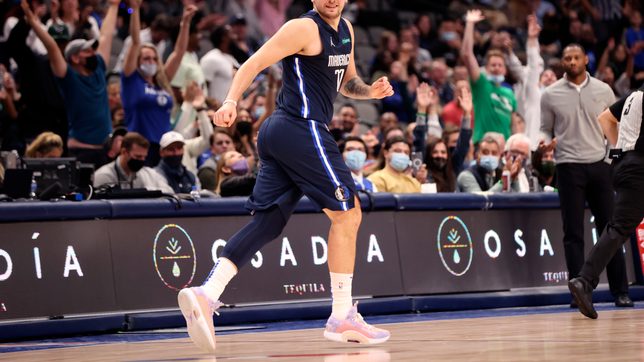 STAR PLAYER. Luka Doncic stars in another thrilling victory for the Dallas Mavericks.

Tim Hardaway Jr. and Jalen Brunson added 17 points each and Reggie Bullock and Kristaps Porzingis had 12 each as the Mavericks won for the fourth time in five games and for the seventh time in their last eight games against the Pelicans.

Jonas Valanciunas had his ninth consecutive double-double with 22 points and 11 rebounds, Josh Hart scored 22, Nickeil Alexander-Walker had 18, Garrett Temple had 12 and Jaxson Hayes 10 for the Pelicans, who finished a four-game road trip with their seventh consecutive loss and maintained the worst record in the NBA with just one victory.

New Orleans was short-handed as it played without Zion Williamson, Brandon Ingram and Herbert Jones.

The Pelicans pulled even twice early in the third quarter before Brunson scored four points to help the Mavericks take a 76-66 lead.

Hart scored three straight points, but Brunson had another basket as Dallas took a 78-69 lead at the end of the third quarter.

Hardaway made a 3-pointer to start the fourth-quarter scoring and a 7-0 run that gave the Mavericks an 85-69 lead.

Dallas increased the lead to 22 twice before New Orleans chipped away. Valanciunas scored five points during an 11-0 run that cut the lead to 98-90 with 2:51 left, but the Pelicans didn’t get any closer.

Hayes scored six points in a span of two minutes as the Pelicans took advantage of a cold shooting start by the Mavericks to take a 27-16 lead.

Porzingis made back-to-back 3-pointers in the final minute to cut New Orleans’ lead to 27-22 at the end of the first quarter.

Frank Ntilikina and Hardaway sandwiched 3-pointers around a 3-point play by Porzingis as Dallas took a 31-29 lead.

Hart made two free throws to tie the score before the Mavericks scored seven straight points.

Valanciunas scored seven points to help the Pelicans pull within 51-47 at halftime. – Rappler.com