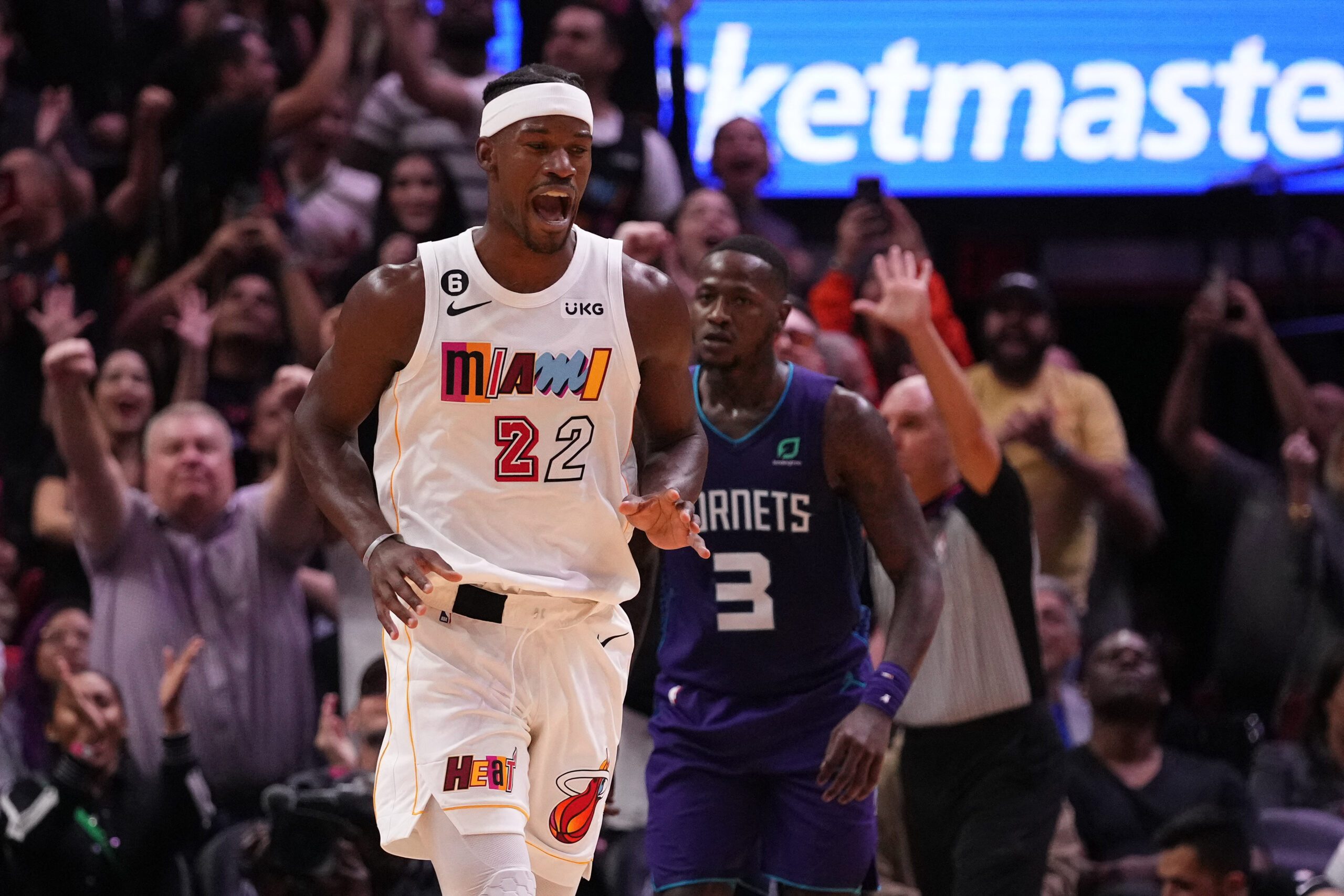 BUCKETS. Heat forward Jimmy Butler reacts after making a shot against the Hornets.

Butler also made 13-of-15 free throws, including going 1-for-1 in an overtime period that saw the Heat go 9-for-9 from the line.

The Hornets, who have lost seven straight games, were led by Kelly Oubre’s season-high 29 points on 11-for-20 shooting, including 7-for-13 on three-pointers. In his two previous games, he made just 2-for-18 on three-pointers.

But Oubre was also called for traveling with 13 seconds left and Charlotte trailing by one point.

Miami’s Gabe Vincent then made two free throws for a 115-112 lead with 9.0 seconds left, and Butler forced Terry Rozier into a bad miss on a three-pointer. Vincent made two more free throws with 3.8 seconds left to put the game away.

Charlotte also got 22 points from Rozier. Mason Plumlee led Charlotte with 15 rebounds, and he added 13 points. Dennis Smith Jr. had 12 points and 8 assists before spraining his left ankle in overtime.

Miami also got 18 points and 14 rebounds from Bam Adebayo.

Miami led 32-27 after the first quarter and 58-50 at halftime. Oubre led all first-half scorers with 19 points. Duncan Robinson led Miami with 11 points off the bench.

Butler was called for an offensive foul on Miami’s next possession as he pushed off on Rozier. The game went to overtime when Rozier missed a three-pointer at the buzzer. – Rappler.com