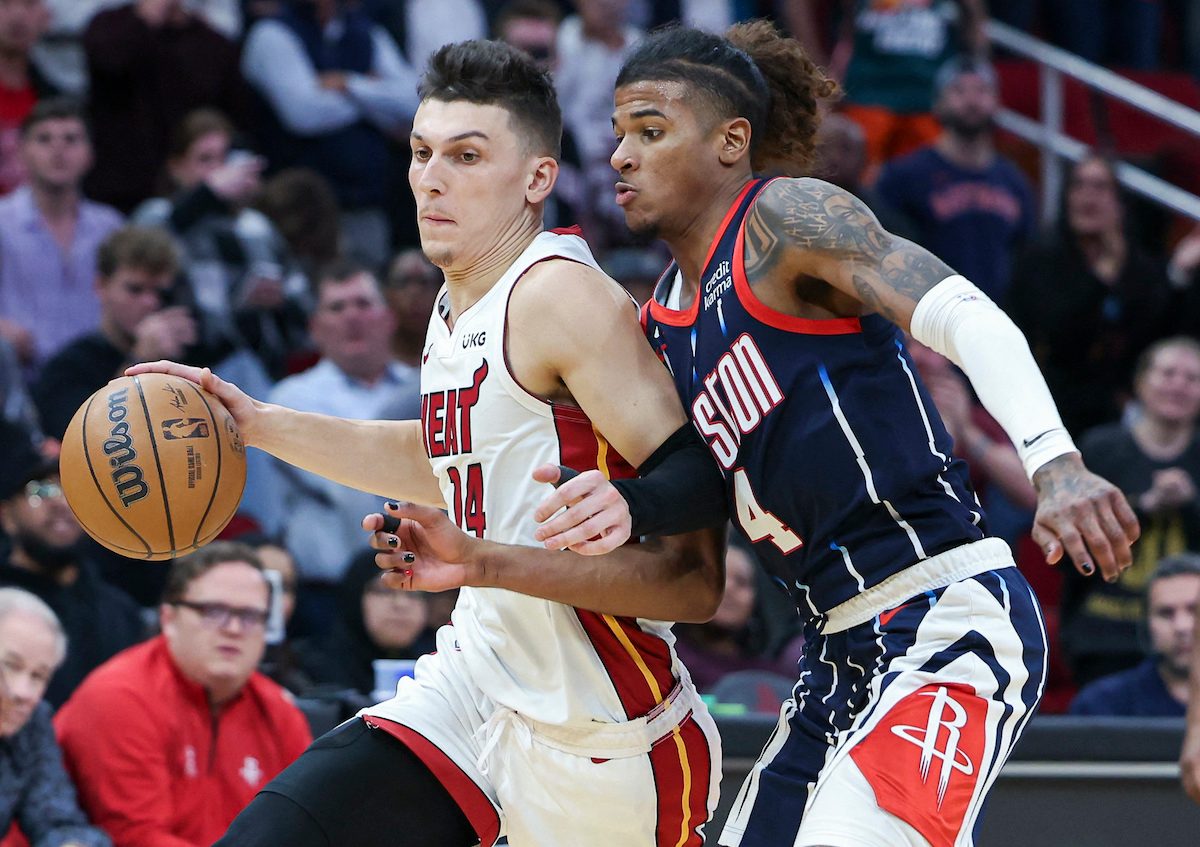 Tyler Herro scored a career-high 41 points, while Jimmy Butler delivered an exceptional two-way performance as the Miami Heat extended their road winning streak to three with a 111-108 victory over the Houston Rockets on Thursday, December 15 (Friday, December 16, Manila time).

After matching his career high of 35 points while making a career-best 9 three-pointers on Wednesday against the Oklahoma City Thunder, Herro drilled 10 three while shooting 13-of-20 overall. His sharpshooting repeatedly turned back Houston and his back-to-back threes early in the fourth quarter silenced a Rockets run that netted an 87-86 lead on a Tari Eason baseline dunk.

Butler was equally dynamic. He finished with 20 points, 10 rebounds, 7 assists, 4 steals, and 3 blocks to coauthor the victory, one that came with the Heat missing starters Kyle Lowry and Bam Adebayo. Upon his return midway through the fourth, Butler notched a steal, a block, a transition layup, and an assist all within the first two minutes of reentering the game.

The Rockets did not surrender their five-game home winning streak without a fight. After falling behind 111-99 with five minutes remaining, Houston answered with a 9-0 closing run but Kevin Porter Jr. missed a three with 4.1 seconds left that would have pulled the Rockets even.

Jalen Green led the Rockets with 22 points but shot just 8 for 21. Porter added 21 points and 7 rebounds, while Jabari Smith Jr. chipped in a double-double of 15 points and 11 boards.

Herro singlehandedly erased what was the Rockets’ largest lead of the first half at 24-15 when Green completed a three-point play at the 3:07 mark of the opening period.

Herro scored 14 consecutive points for the Heat, drilling 3 threes and 5 free throws to help Miami forge a 29-29 tie entering the second. Herro scored 17 points in the first quarter on 4-of-6 three-point shooting.

Herro ran his scoring total to 25 points by the intermission but it was Butler who helped the Heat secure a 66-52 lead at the break. Butler had his fingerprints all over an 11-3 run that helped Miami seize its first double-digit lead at 53-43, contributing a dunk, a block and an assist during the run. Butler concluded the first half with 13 points, 6 offensive rebounds, and 4 assists. – Rappler.com