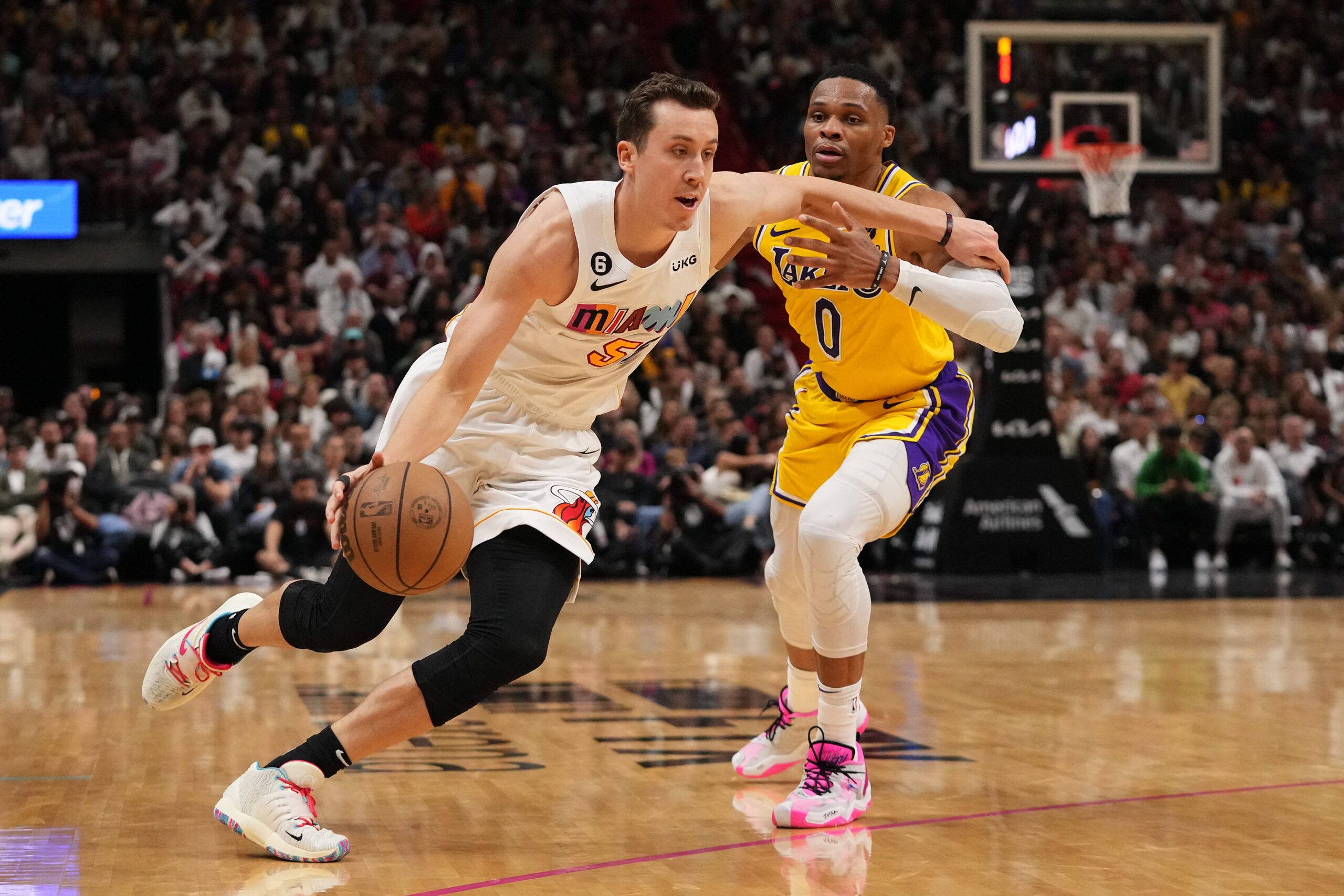 Butler and Adebayo both returned to the lineup after missing Miami’s win over Minnesota on Monday – Butler from a sprained ankle and Adebayo from an illness – to shoot a combined 21-of-34 from the floor.

Butler finished 11-of-18, despite missing all 4 of his three-point attempts, while Adebayo went 10-of-16.

Their efforts paced all five Heat starters to double-figure scoring, joining Tyler Herro with 18 points, Caleb Martin with 13, and Gabe Vincent with 12.

Miami led for most of the contest, its advantage swelling to as many as 22 points in the third quarter.

For the second time in as many games, the Heat endured poor overall shooting from three-point range at 31.4%. Aside from Herro’s 3-of-7 and Martin’s 3-of-4 from beyond the arc, the rest of the Miami roster went just 5-of-24.

Miami also flexed its muscle on the glass and in the lane, outscoring the Lakers 19-9 on second-chance points and 52-40 for points in the paint.

LeBron James matched Butler for a game-high of 27 points, and also added 9 rebounds with 6 assists, but committed 6 turnovers.

Dennis Schroder and Russell Westbrook each scored 15 points for the Lakers, with Westbrook dishing a team-high 8 assists.

Troy Brown Jr. shot 5-of-6 off the bench for 14 points in the loss, as Los Angeles fell to 1-2 on its current, five-game road swing, and fell to 2-5 since Anthony Davis left the lineup with a stress injury to his right foot. – Rappler.com