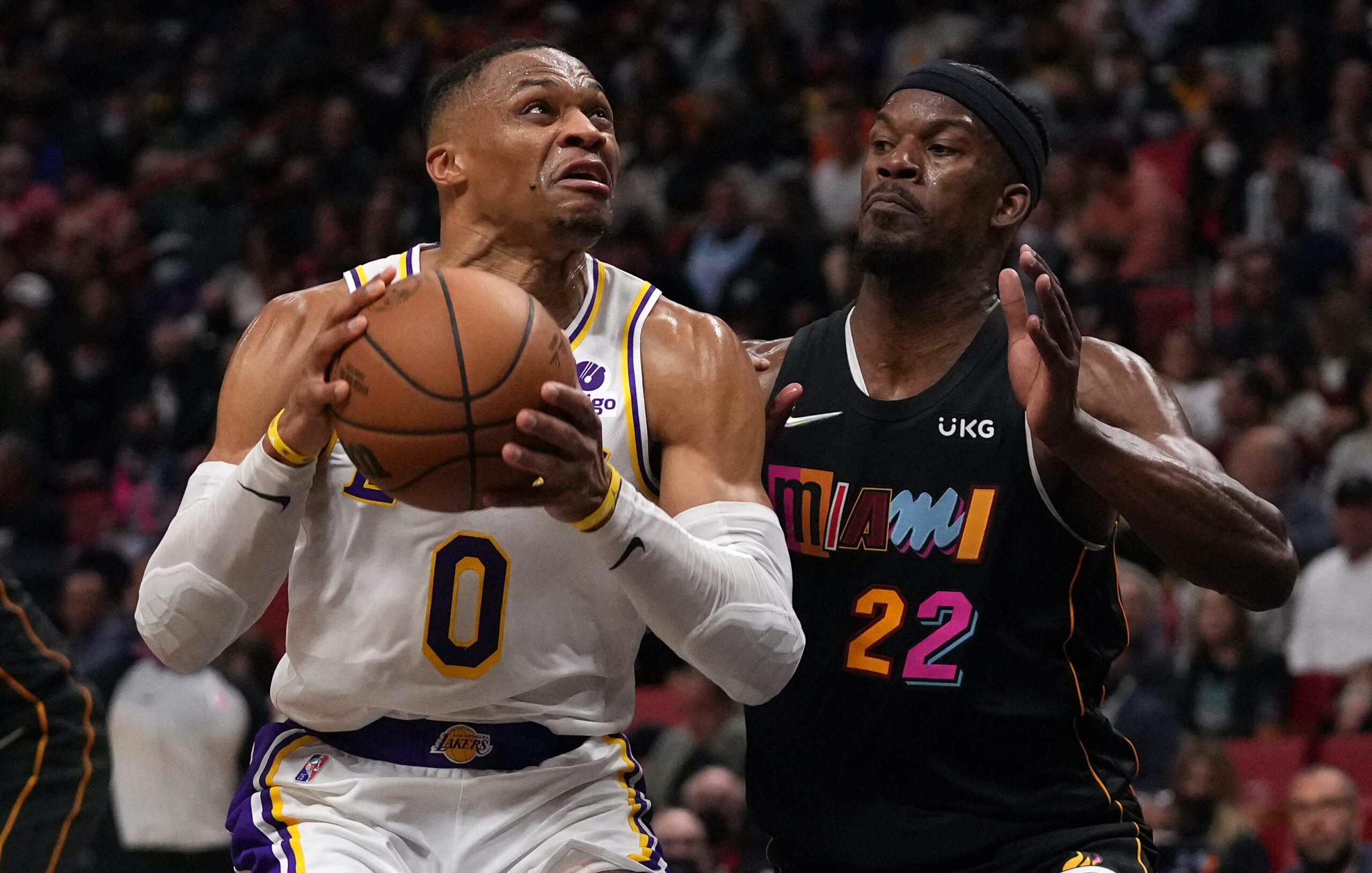 The Lakers, who trailed by 26 points in the second quarter, cut their deficit to 111-107 with 1:07 left. But Talen Horton-Tucker’s poor inbounds pass with seven seconds left led to a Caleb Martin steal and layup, ending the Lakers’ final chance.

Duncan Robinson led Miami with 25 points (6-of-11 on three-pointers) as the Heat improved to 16-5 at home, the best home record in the Eastern Conference.

For Butler, it was his 10th career triple-double with the Heat, breaking the franchise record previously held by LeBron James, who led Miami to NBA titles in 2012 and 2013.

Now with the Lakers, James scored a game-high 33 points, grabbed 11 rebounds, and dished 4 assists on Sunday. He has scored at least 26 points in 17 straight games.

Russell Westbrook added 24 points, 9 rebounds, and 9 assists, but he went 0-of-3 on three-pointers.

Trevor Ariza, who started for the Lakers at forward, was held scoreless on 0-of-5 shooting and charged with a team-high 4 turnovers.

However, Miami closed the first quarter with a Max Strus buzzer-beating three-pointer over James, giving the Heat a 39-25 lead. The Heat shot 66.7% in that first quarter, accumulating a 14-4 edge on assists and turning the ball over just once.

Los Angeles closed the first half on a 12-3 run and went into the break trailing 69-52.

After three quarters, Miami led 89-70, and the Heat held on in the fourth. – Rappler.com