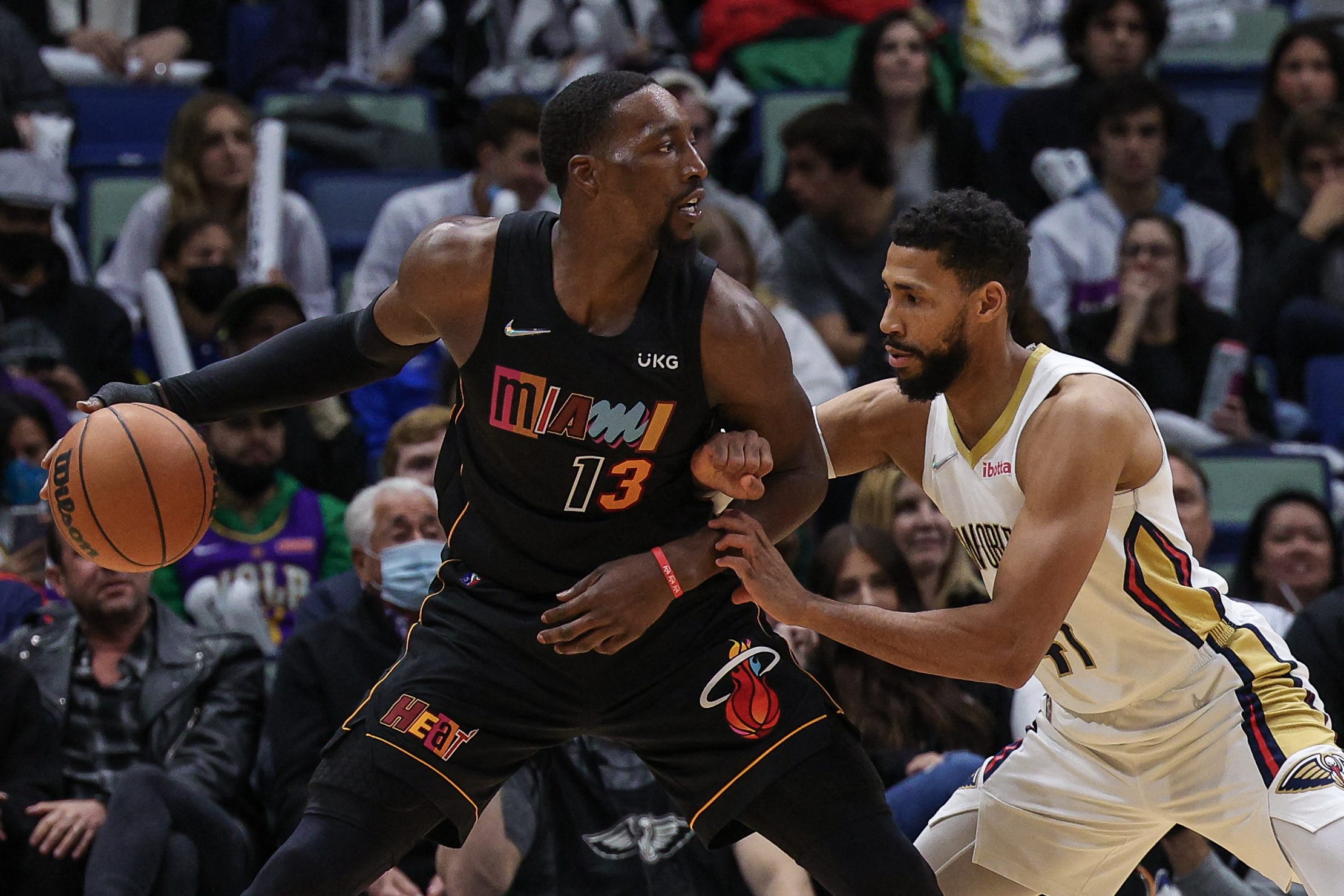 MAIN MAN. Bam Adebayo delivers a double-double for the Heat.

Jose Alvarado came off the bench to score 17 points for the Pelicans, who saw their four-game winning streak end. Jonas Valanciunas and Devonte’ Graham scored 16 each and Brandon Ingram and CJ McCollum, making his Pelicans debut, had 15 each.

McCollum, the central figure in a seven-player trade with Portland on Tuesday, made just 6-of-21 shots, including 2-of-10 three-pointers.

Miami scored the first 7 points of the third quarter to take a 63-55 lead. New Orleans got within 4 points four times before the Heat pushed the lead to 76-65 on a three-pointer by Max Strus.

Alvarado scored the Pelicans’ next 6 points and fed Jaxson Hayes for a dunk, but Miami still held an 83-73 lead at the end of the third quarter.

New Orleans scored the first 3 points of the fourth quarter, but the Heat quickly rebuilt the lead to 11.

Alvarado and Graham each made a three-pointer to cut the lead to 4, but Miami scored the next 5 points for a 101-92 lead and coasted home.

McCollum’s first three-pointer started the second-quarter scoring and pulled New Orleans even. Miami led by 7 points on two occasions before another three-pointer by McCollum tied the score at 42.

Graham’s three-pointer gave the Pelicans a five-point lead before Butler’s 4 points led a Heat surge that gave them a 56-55 halftime lead. – Rappler.com