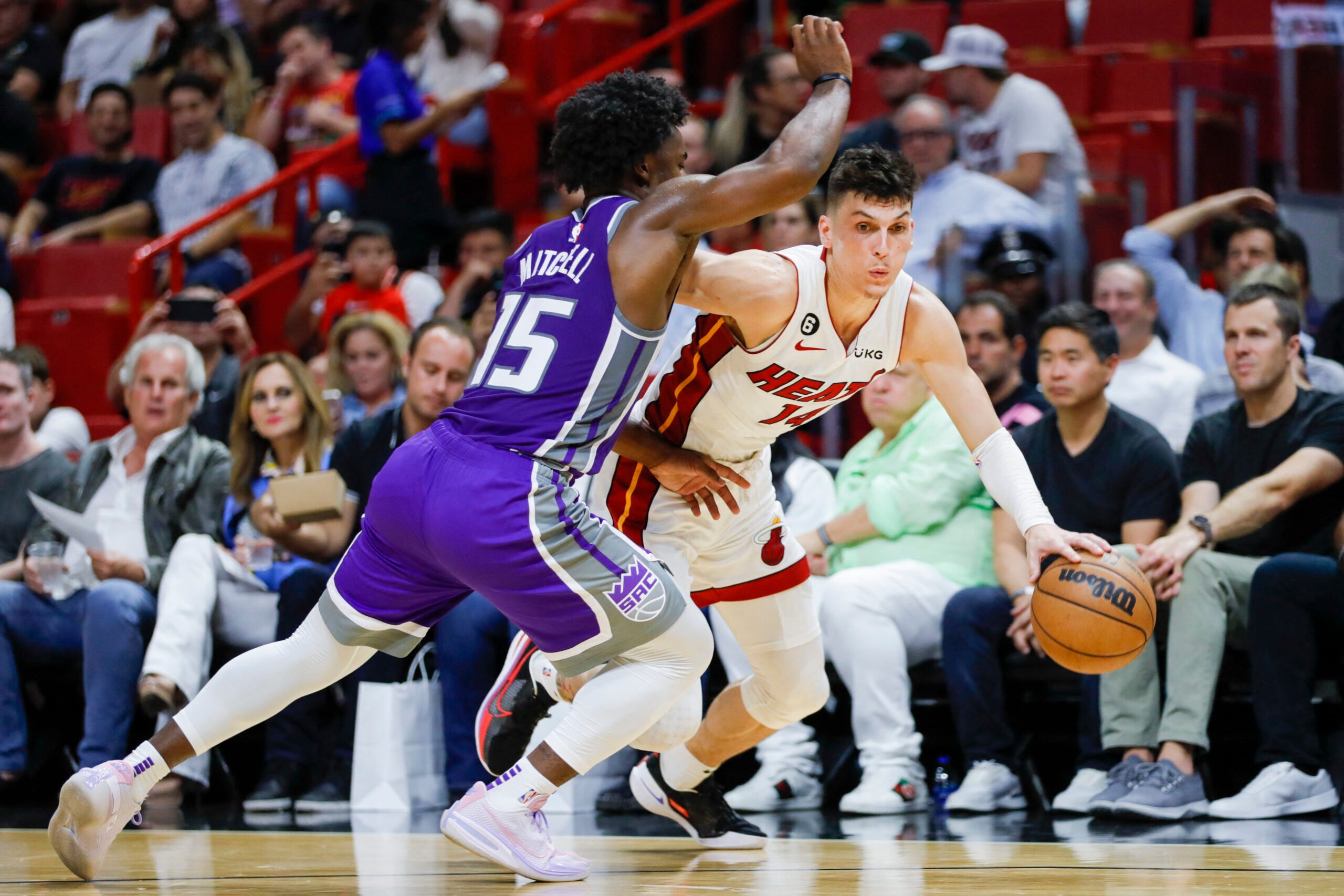 Tyler Herro knocked in the game-winning three-pointer with 1.8 seconds left, leading the Miami Heat to a 110-107 escape over the visiting Sacramento Kings on Wednesday night, November 2 (Thursday, November 3, Manila time).

Herro’s shot came after a stepback and then a pump fake before finally firing over Terence Davis.

Herro, who missed most of Miami’s win over Golden State on Tuesday due to a left eye contusion, finished with a game-high 26 points and a team-high 12 rebounds.

With Butler out, Kyle Lowry – who entered the game averaging just 12.5 points – became more of a scorer, getting a season-high 22 points on 8-of-14 shooting.

There were 12 lead changes in the first quarter, which ended with Miami on top, 33-32. Lowry had 12 points in just eight minutes.

The Kings cooled off in the second quarter, shooting just 31.8% as Miami went into halftime with a 53-51 lead. Lowry led all first-half scorers with 17 points.

Sacramento cut into Miami’s lead in the third quarter – but just barely, as the Heat took a 77-76 advantage into the final quarter.

The battle raged on into the last minute. Lowry hit a short jumper with 27.8 seconds left, giving Miami a 107-105 lead. But Sabonis tied the score with two free throws with 12.5 seconds left.

That set it up for Herro to hit the game-winning shot. Sabonis was called for an offensive foul on Sacramento’s final possession. – Rappler.com