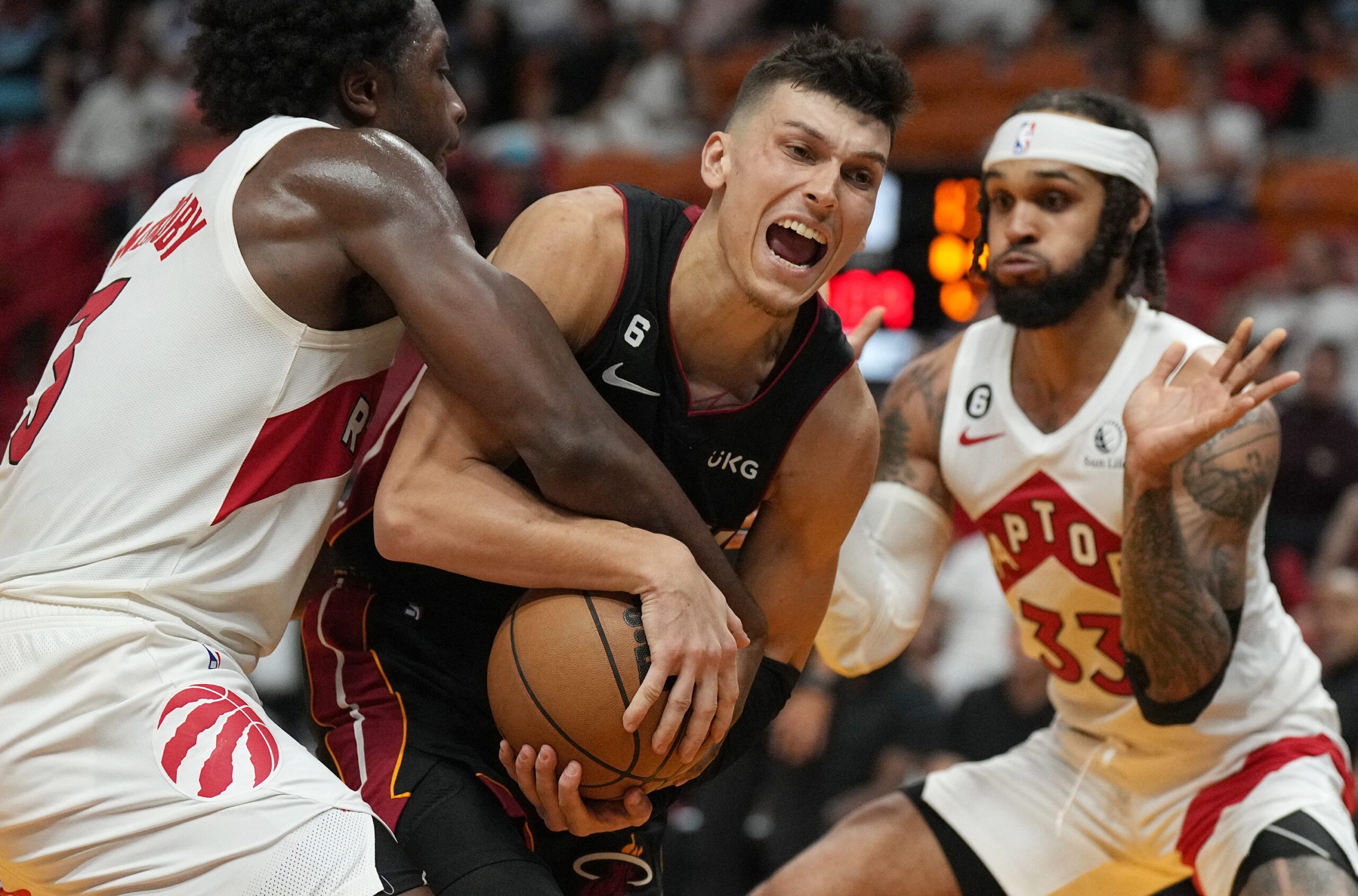 Jimmy Butler scored a game-high 24 points to lead the host Miami Heat to a 112-109 win over the Toronto Raptors in a game that was marred by a third-quarter brawl on Saturday night, October 22 (Sunday, October 23, Manila time).

Toronto got 23 points, 9 assists, and 8 rebounds from Pascal Siakam. Gary Trent Jr. also had 23 points for the Raptors.

With 7:46 left in the third, Miami’s Caleb Martin and Toronto’s Christian Koloko battled for rebound position. Koloko went down to the floor, and when he attempted to get up, Martin was standing over him with clenched fists and in a threatening position.

From there, Martin drove Koloko into empty seats in the front row. Martin was called for the initial foul. Both players were ejected for the fight.

In addition to the fight, Toronto lost starting small forward Scottie Barnes – the NBA’s reigning Rookie of the Year – to an ankle injury in the second quarter.

The Raptors also struggled to get much out of star guard Fred VanVleet, who had four fouls in a scoreless first half. He finished with 7 points.

Miami, which earned its first win of the season after two losses, also got 20 points off the bench from Max Strus.

Both teams were playing on the second night of a back-to-back, but the Heat did not seem tired.

Miami got off to a great start, shooting 63.2% from the floor and taking a 38-33 first-quarter lead.

The Heat led 71-50 at halftime, closing the second quarter on a 19-4 run. Strus and Butler led Miami with 13 points apiece at the break as Miami shot 54.8% from the floor in the half. Toronto shot just 37.8% before the break.

VanVleet picked up his fifth foul just 20 seconds into the third quarter, but he remained in the game.

However, the Heat hung on in the fourth quarter as Toronto never got closer than 6 points until the final minute.

The teams will rest on Sunday and play a rematch in Miami on Monday night. – Rappler.com