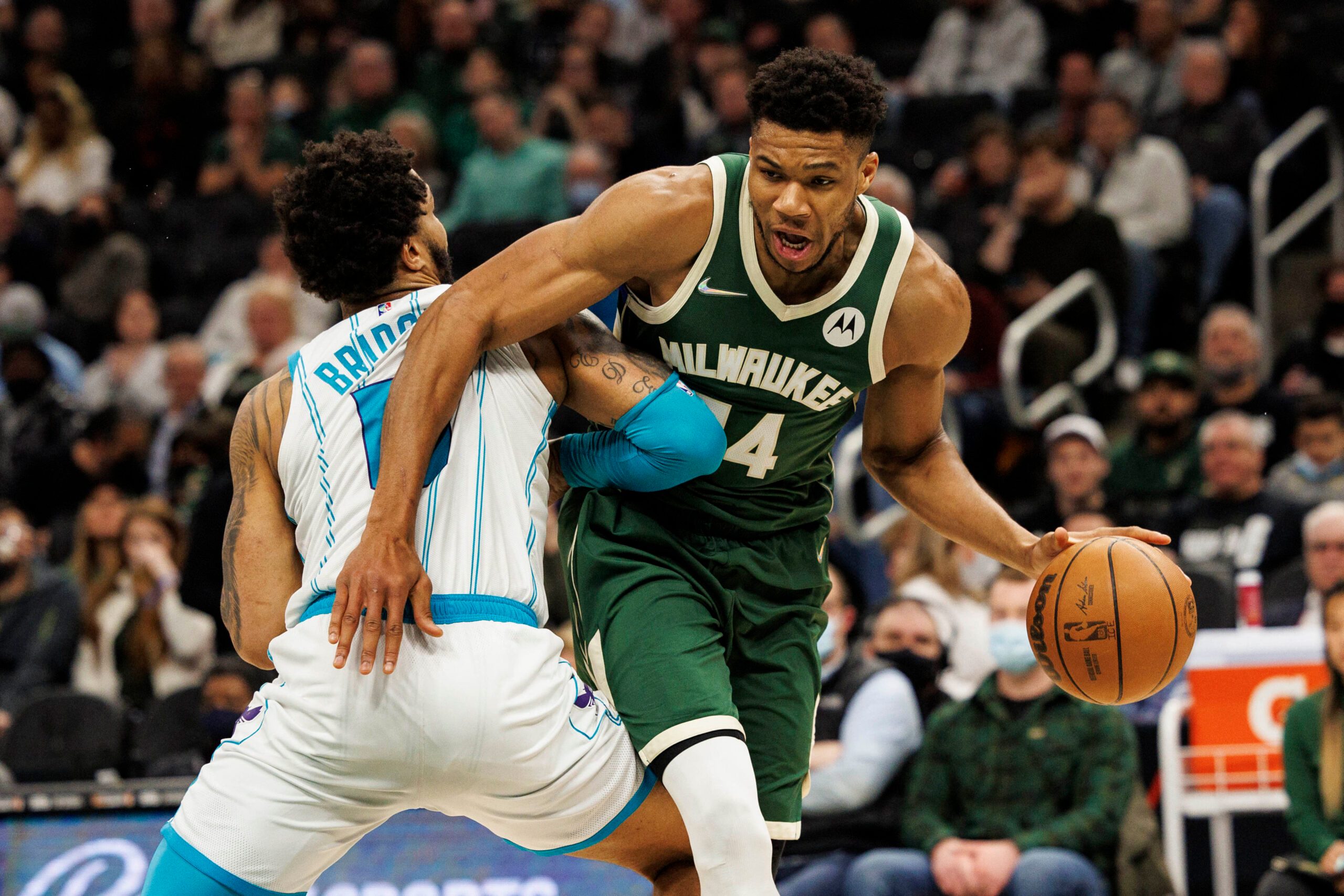 SKID SNAPPED. Giannis Antetokounmpo and the Bucks return to their winning ways.

Facebook Twitter Copy URL
Copied
The Bucks even their four-game season series with the Hornets behind Giannis Antetokounmpo, who chalks up a double-double and shoots a perfect 14-of-14 from the free throw line

The two-time MVP amassed 26 points, 16 rebounds, 6 assists, and 4 blocks plus a 14-of-14 performance from the free throw line to even the four-game season series with Charlotte. Jrue Holiday contributed 21 points and Bobby Portis finished with 20 to go along with 10 rebounds.

It was a dominant performance on the glass for the Bucks, who outrebounded the Hornets 62-41.

LaMelo Ball paced Charlotte with 24 points on 9-of-18 shooting. Terry Rozier scored 17 while handing out 8 assists, while Kelly Oubre Jr. notched 17 points off the bench.

Milwaukee pulled away in the second quarter, opening the frame on a 14-3 run. The Bucks outscored the Hornets 44-21 in the quarter to go into halftime with a 23-point lead.

All five of Milwaukee’s starters scored in double figures in the first half, with Antetokounmpo and Holiday leading the way with 15 points apiece. The Bucks also took advantage at the free throw line, going 15-of-15.

Although Charlotte faced a significant deficit, Ball was impressive and led all scorers with 18 first-half points. Rozier added 12 and Miles Bridges had 9 before the break, but no other Hornets player had more than 5 points. Charlotte shot just 38% from the field in the first half.

The Bucks’ lead grew to 32 points by the end of the third quarter. The Hornets could only bring things within 23 in the fourth, taking their 11th loss in the past 13 games.

Ball was dominant in the first quarter, scoring 13 points on 5-of-6 shooting. He also hit 3 of Charlotte’s 6 three-pointers in the period. – Rappler.com