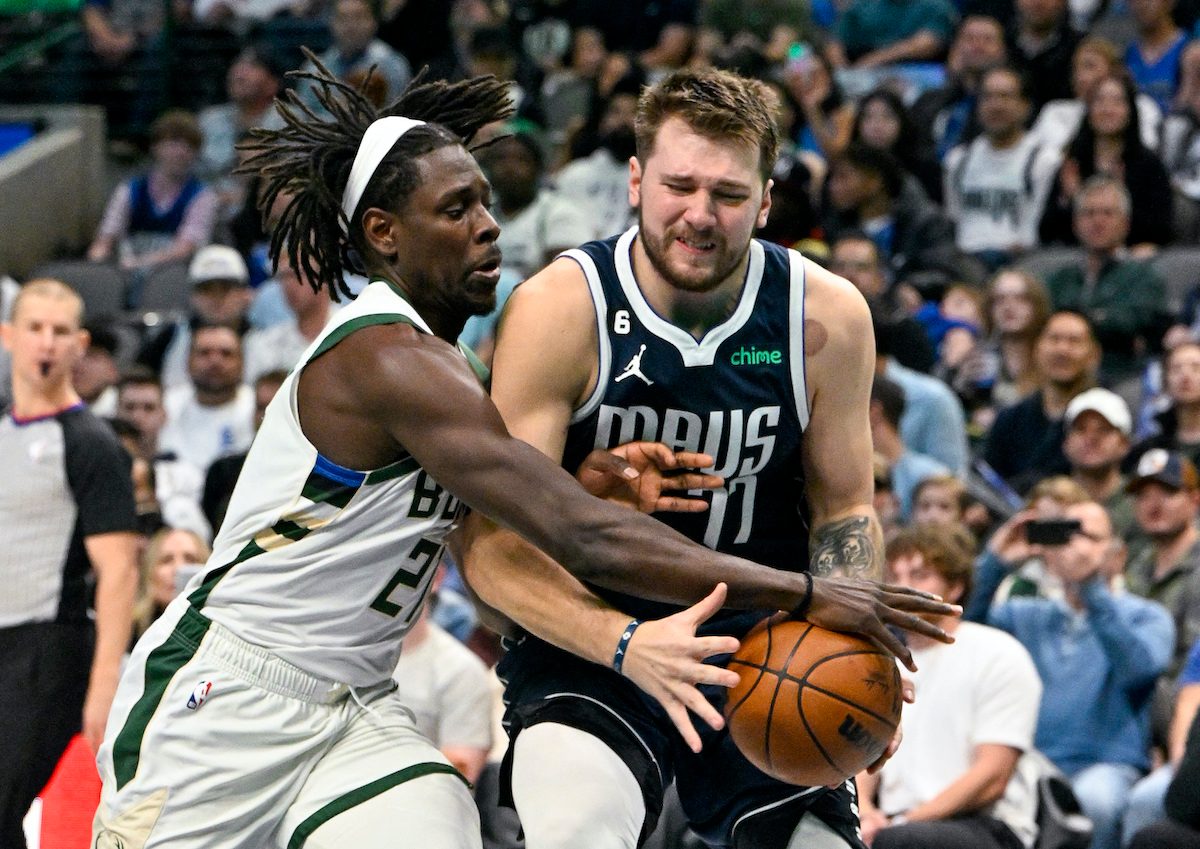 With less than 10 seconds to go, George Hill made a lob pass to Lopez from the sideline, putting the Bucks ahead by 1. The Mavericks were able to call a timeout, but Luka Doncic missed the potential game-winning three-pointer. The game-winning finish was Lopez’s only field goal of the night.

Doncic finished with 33 points, 11 assists, and 6 rebounds for Dallas, shooting 13-for-28 from the field. Spencer Dinwiddie and Christian Wood had strong showings as well, scoring 15 and 14 points, respectively, while Wood led the team with 9 rebounds.

Antetokounmpo scored 5 points in the first half. His night came to an end with 2:55 to go in the fourth quarter as he fouled out, coming 2 points shy of his ninth consecutive game scoring over 30 points, which would have been a franchise record.

Khris Middleton and Jrue Holiday stepped up with Antetokounmpo in foul trouble. Holiday finished with 17 points and Middleton had 19, with both scoring 12 of their points in the first half.

The Bucks made a strong comeback, tying the game with an 8-0 run with under seven minutes to go after being down by 11 at the end of the third. They were able to quiet a Dallas crowd that was energized after a third-quarter poster dunk from Doncic over Holiday that put them up 75-66.

Doncic had a strong start to this one for Dallas, scoring 16 points in the first quarter. He scored or assisted on 25 of the Mavericks’ 33 points in the quarter, but Dallas held a one-point lead at the end of the opening frame. Doncic is leading the NBA in first quarter points and assists.

Milwaukee swept the two-game season series against Dallas for the first time since the 2018-19 season. – Rappler.com