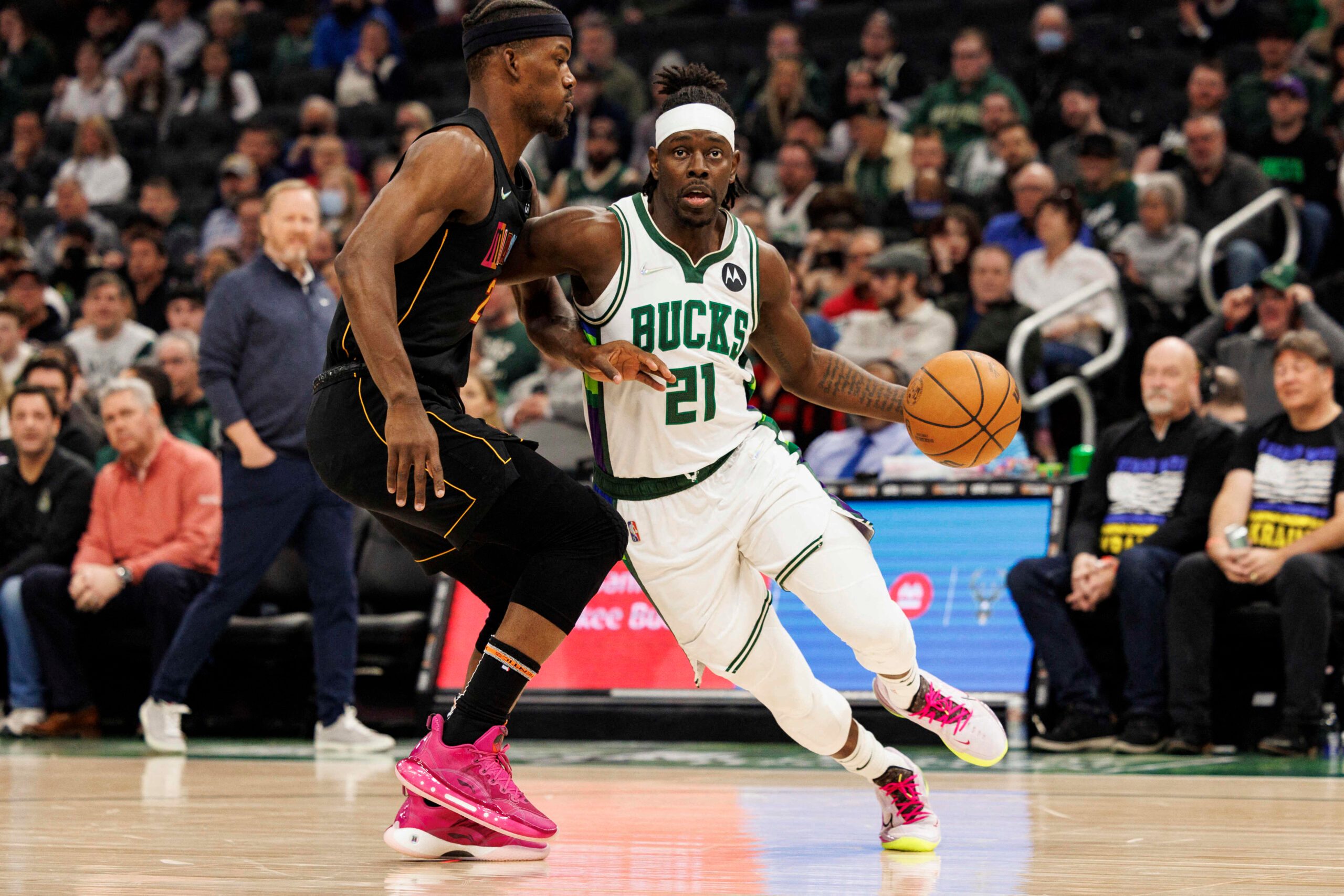 Jrue Holiday made a game-winning floater with 1.9 seconds remaining as the Milwaukee Bucks erased a 14-point deficit in the fourth quarter to take down the Miami Heat, 120-119, on Wednesday, March 2 (Thursday, March 3, Manila time) to hand them their first road loss since February 1.

Miami led by 14 with 7:12 left to play, but the Bucks closed the game on a 21-6 run to finish the season series with their Eastern Conference rival at two games each.

Giannis Antetokounmpo led Milwaukee with 28 points, and 17 rebounds on 9-of-20 shooting to record his fifth consecutive double-double. Khris Middleton had 26 points, and Holiday contributed 25 along with 11 assists.

Tyler Herro paced the Heat with 30 points, and 7 rebounds on 11-of-21 shooting off the bench. Gabe Vincent tallied 21 points, and Bam Adebayo chipped in 18 with 12 rebounds.

Miami did a large portion of its work from deep, going 21-of-44 from three-point range.

After trailing by 10 with 10:46 left in the second quarter, the Heat went on to outscore Milwaukee 35-23 for the remainder of the frame to go into the break with a two-point edge. Herro had a team-high 17 points, and Duncan Robinson added 15, all from three-pointers.

Miami’s bench played a major role, supplying 27 points compared to the 12 that the Bucks got from their reserves in the first half.

Middleton was outstanding before halftime, leading all scorers with 21 points to keep Milwaukee in contention. Bobby Portis added 10, but Antetokounmpo was held to just 7 along with 6 rebounds.

Vincent was on fire to start the third quarter, sinking three triples over the first 1:50 to ignite an 11-2 run that put the Heat up 11. The Bucks later went on a 14-2 run to take the lead, but Miami recaptured it by the fourth.

It was a three-point barrage through the first quarter, as Milwaukee hit 6 of 13 (46.2 percent) to jump out to an eight-point lead. – Rappler.com