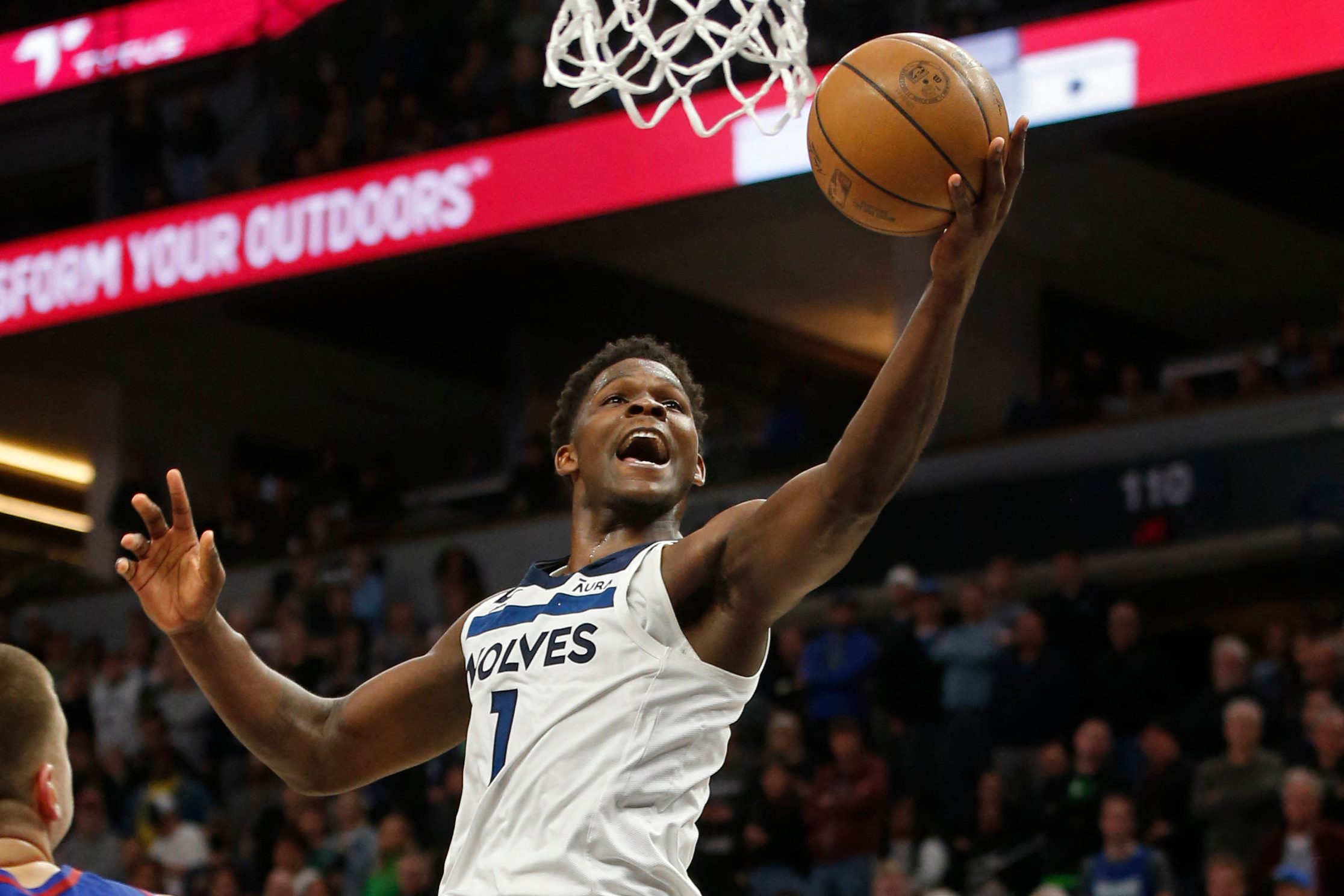 SOARING. Minnesota Timberwolves forward Anthony Edwards (1) goes to the basket against the Denver Nuggets in the fourth quarter at Target Center

Kyle Anderson had 19 points and eight assists and Jaylen Nowell scored 17 for the Timberwolves, who snapped a six-game losing streak.

Minnesota led by 67-60 less than two minutes into the second half but the Nuggets rallied. Gordon and Porter dunked, Caldwell-Pope converted a three-point play and Porter hit a 3-pointer to put Denver ahead 70-69.

The Nuggets increased their advantage to 83-80 later in the third, but Edwards scored 10 points in the final 3:25 of the third quarter to give Minnesota a 90-85 lead heading into the fourth.

Murray opened the final period with an 18-foot jumper, but the Timberwolves responded. Luka Garza converted a three-point play, made a layup and later two free throws, and Nowell hit a 3-pointer after a Denver miss to give Minnesota a 105-95 lead with 7:30 left.

The Nuggets answered. Jokic dunked, made a 3-pointer, and fed Porter on a 3-pointer in a quick 8-0 run. McDaniels broke the streak with a layup, Gordon missed two free throws and Edward hit a fadeaway to make it a six-point game.

Denver missed on its next three possessions while Edwards hit a layup and McDaniels split a pair of free throws with 2:25 left to give the Timberwolves a 10-point lead.

Rudy Gobert was called for goaltending on Jokic’s hook shot, but Austin Rivers hit a 3-pointer from the corner to put Minnesota up by 11 with 1:44 left, and the Timberwolves closed it out.

The Timberwolves used a 15-2 run in the second quarter to take a 59-53 halftime lead. – Rappler.com