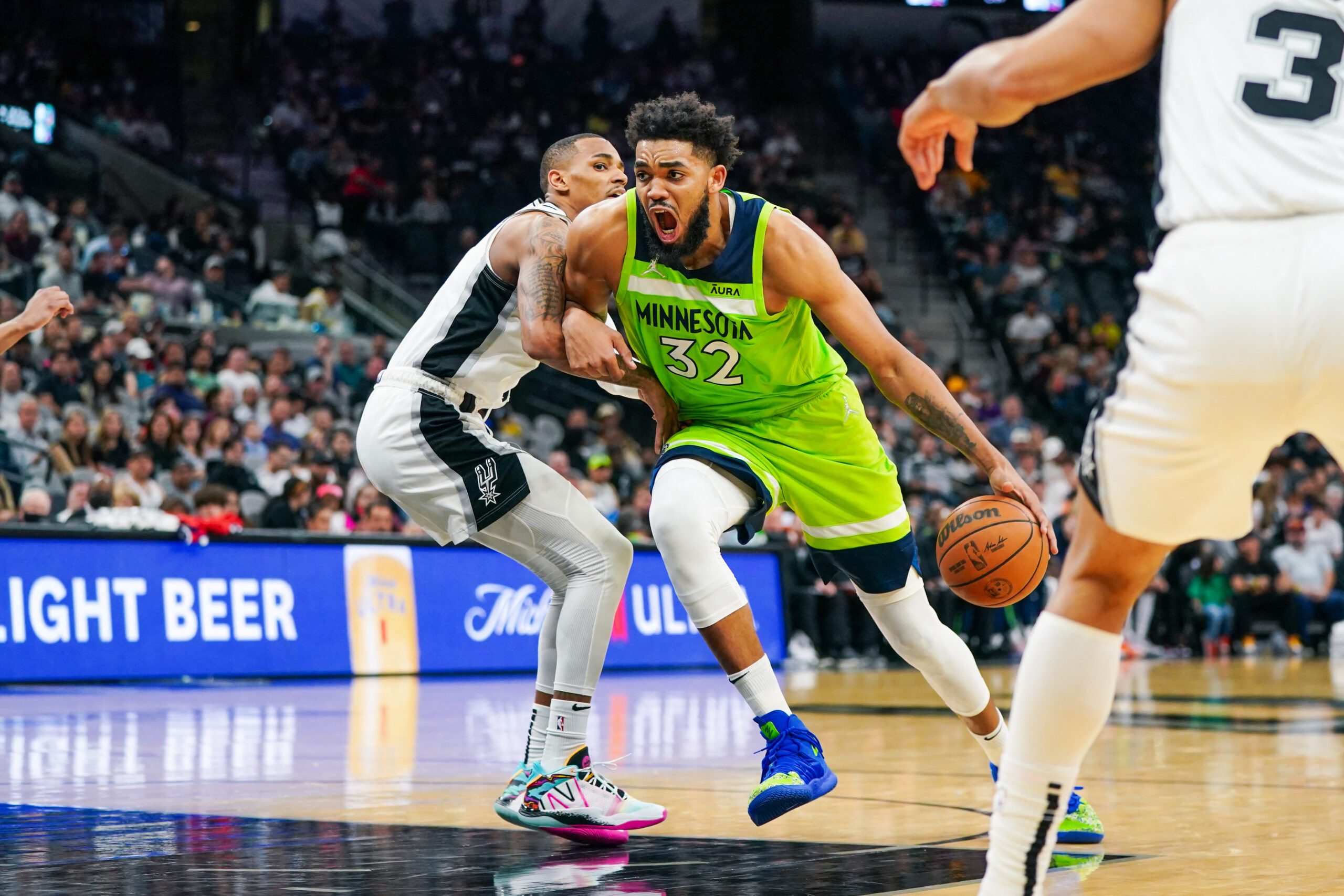 KILLER KAT. Karl-Anthony Towns scores a staggering 32 points in the third quarter en route to a 60-point bomb in a Minnesota win against San Antonio

Karl-Anthony Towns scored a franchise-record 60 points, and grabbed 17 rebounds as the visiting Minnesota Timberwolves pulled away in the second half for a 149-139 win over the stumbling San Antonio Spurs on Monday, March 14 (Tuesday, March 15, Manila time).

The career-high total for Towns is also the most points produced by an NBA player this season.

His previous career best (also the franchise mark) was 56, set against the Atlanta Hawks on March 28, 2018. He reached that point on Monday by the end of the third quarter, a period in which he had 32 of Minnesota’s 46 points, and scored his team’s final nine points.

Towns set the record on a foul shot with 2:19 to play, his 15th made free throw in 16 attempts of the game. He added a three-pointer with 1:38 left for a 12-point advantage. Towns wound up shooting 19-of-31 from the floor, including 7-of-11 from three-point range.

Towns’ huge third quarter helped the Timberwolves break away from a two-point lead at halftime for a 121-106 lead entering the fourth quarter. San Antonio cut its deficit to as little as nine points in the fourth quarter but could never make a serious run at Minnesota down the stretch.

Patrick Beverley added 20 points, and 8 assists for the Timberwolves, who have won two straight and eight of their past nine games. D’Angelo Russell added 19 points, Jaylen Nowell had 15, Taurean Prince tallied 13, and Jaden McDaniels scored 11 points for Minnesota.

Minnesota led 40-32 after the first quarter, and the advantage grew to 10 points early in the second period. The Spurs began chipping away at that margin, and eventually tied the game at 59 on Johnson’s driving layup with 4:09 to play in the half. But Minnesota never let the Spurs reach the lead and took a 75-73 advantage into the break.

Towns led all scorers with 24 points at halftime, while Johnson had 20. – Rappler.com