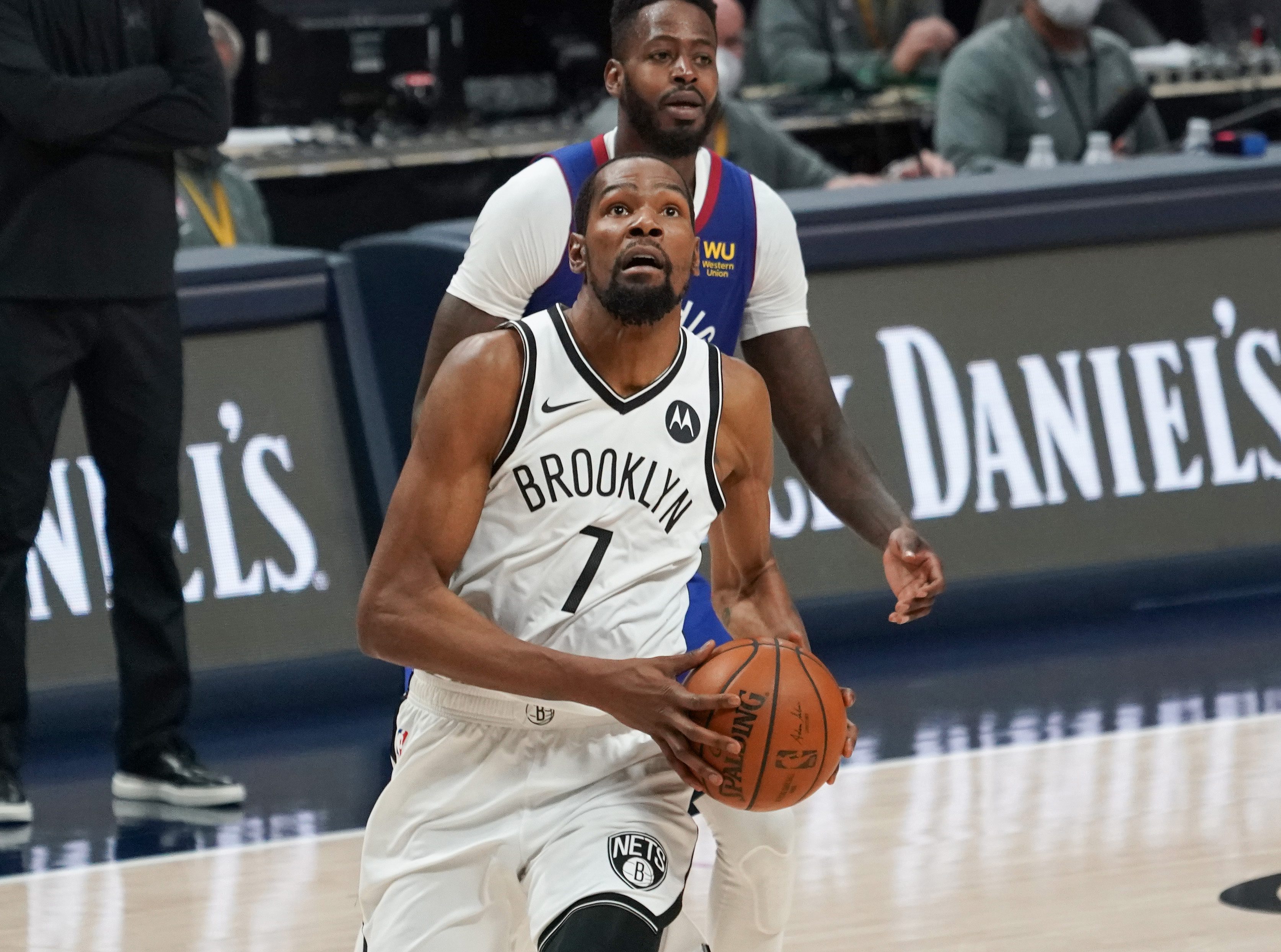 BACK ON TRACK. Kevin Durant and the Nets rise from a double-digit deficit against the Nuggets.

Kevin Durant had 33 points and 11 rebounds, Kyrie Irving scored 31, and the visiting Brooklyn Nets rallied to beat the Denver Nuggets, 125-119, on Saturday night, May 8 (Sunday, May 9, Manila time).

Nikola Jokic scored 29 points, Michael Porter Jr had 28, while Facu Campazzo tied his career high with 19 points for the Nuggets.

Porter’s putback dunk put the Nuggets back in front, and Joe Harris hit a corner three-pointer to give Brooklyn a 111-110 lead, its first since 3-0.

A turnover and missed shot by Denver was followed by a Durant dunk to make it a three-point lead with 5:12 left.

Irving hit a 10-footer and then split a pair of free throws, Jokic hit an 18-foot fadeaway and Durant hit a mid-range jumper to make it 118-114.

JaMychal Green’s three-point play made it a one-point game before Durant and Jokic traded made free throws. The Nets had two empty possessions but the Nuggets couldn’t take advantage and Brooklyn was able to hold on.

Porter scored 21 points in the first half for the second consecutive night, and his steal and dunk late in the second quarter gave Denver a 66-45 lead, its biggest of the night.

The Nets scored the final six points of the period to take a 15-point lead into the half.

Brooklyn kept surging to start the third quarter. Griffin made two three-pointers and Irving scored 10 points in the first 3:55 of the period to pull the Nets within 77-74.

Campazzo and Porter hit three-pointers to stretch the lead to 83-74. Griffin stayed hot, hitting two more from deep to keep Brooklyn within reach.

Jokic made two free throws to put Denver ahead by 12, but the Nets pulled within 104-97 heading into the fourth. – Rappler.com