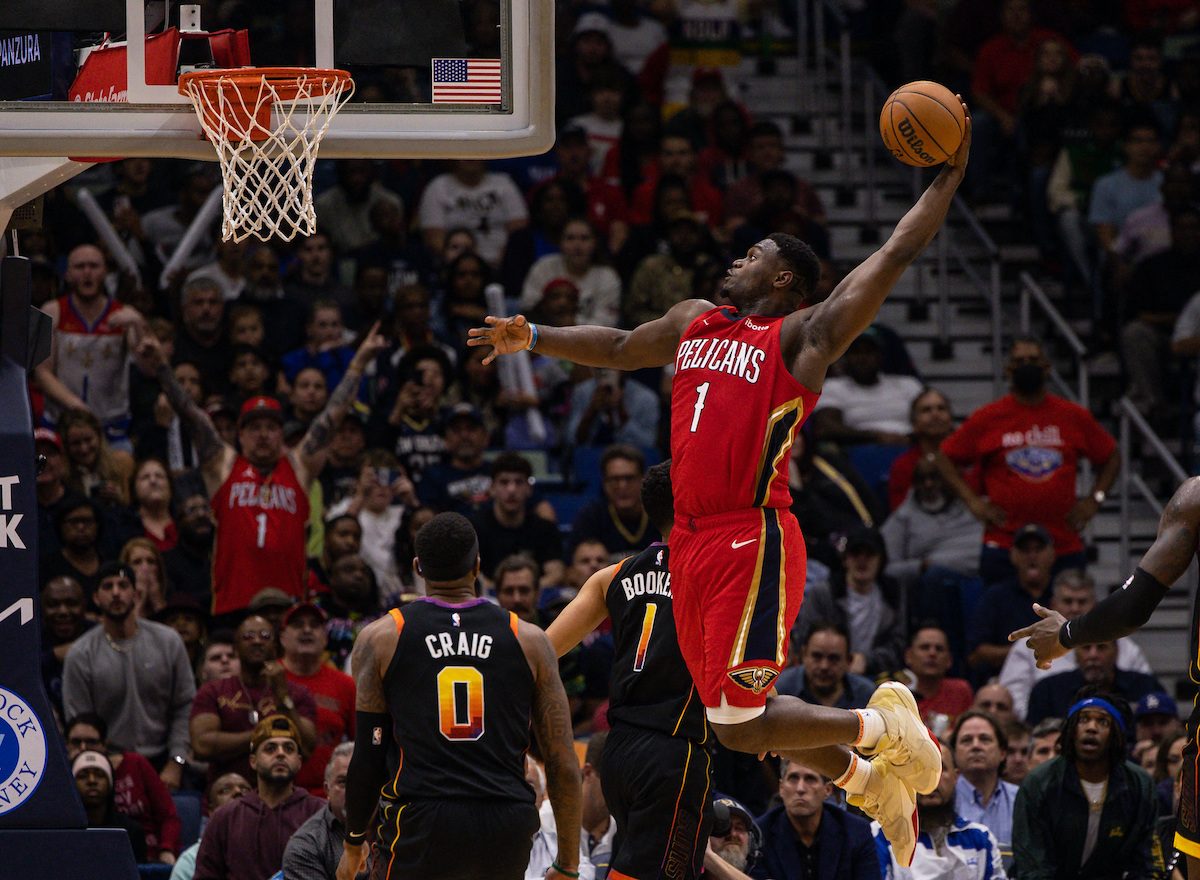 ON A ROLL. Zion Williamson dominates as the Pelicans extend their winning streak.

Deandre Ayton had 25 points and 14 rebounds, Chris Paul scored 24, Devin Booker and Torrey Craig scored 14 each, Damion Lee had 12, and Mikal Bridges 11 as the Suns lost for the fourth time in five games. Paul added 8 rebounds and 7 assists.

McCollum and Williamson evenly split the Pelicans’ first 10 points of the third quarter as the hosts took a 65-57 lead.

Paul answered with a three-pointer, but McCollum scored 6 points and assisted on a Williamson three-point play as New Orleans opened an 80-64 lead midway through the quarter.

The Suns made 4 three-pointers to get within 86-78, and they got within 8 twice more before Devonte’ Graham scored the final 5 points of the period to give the Pelicans a 95-82 lead.

Craig made consecutive three-pointers and Payne’s three-pointer gave the Suns a one-point lead with 4:28 to go.

McCollum answered with a three-pointer, Nance scored 7 and Williamson threw down a pair of dunks as New Orleans pulled away.

After missing his first 5 shots, Booker made a three-pointer and a dunk to give the Suns a 23-14 lead.

Alvarado came off the bench and immediately made a 3-pointer that started an 8-0 Pelicans run as they trimmed the lead to 27-26 at the end of the first quarter.

Williamson’s layup started the second-quarter scoring, giving the Pelicans the lead in a back-and-forth period.

The score was tied seven times and the lead changed hands seven times, the last being when Alvarado made 3 free throws to give New Orleans a 49-47 lead. Williamson a pair of baskets and the Pelicans held a 55-52 lead at halftime. – Rappler.com