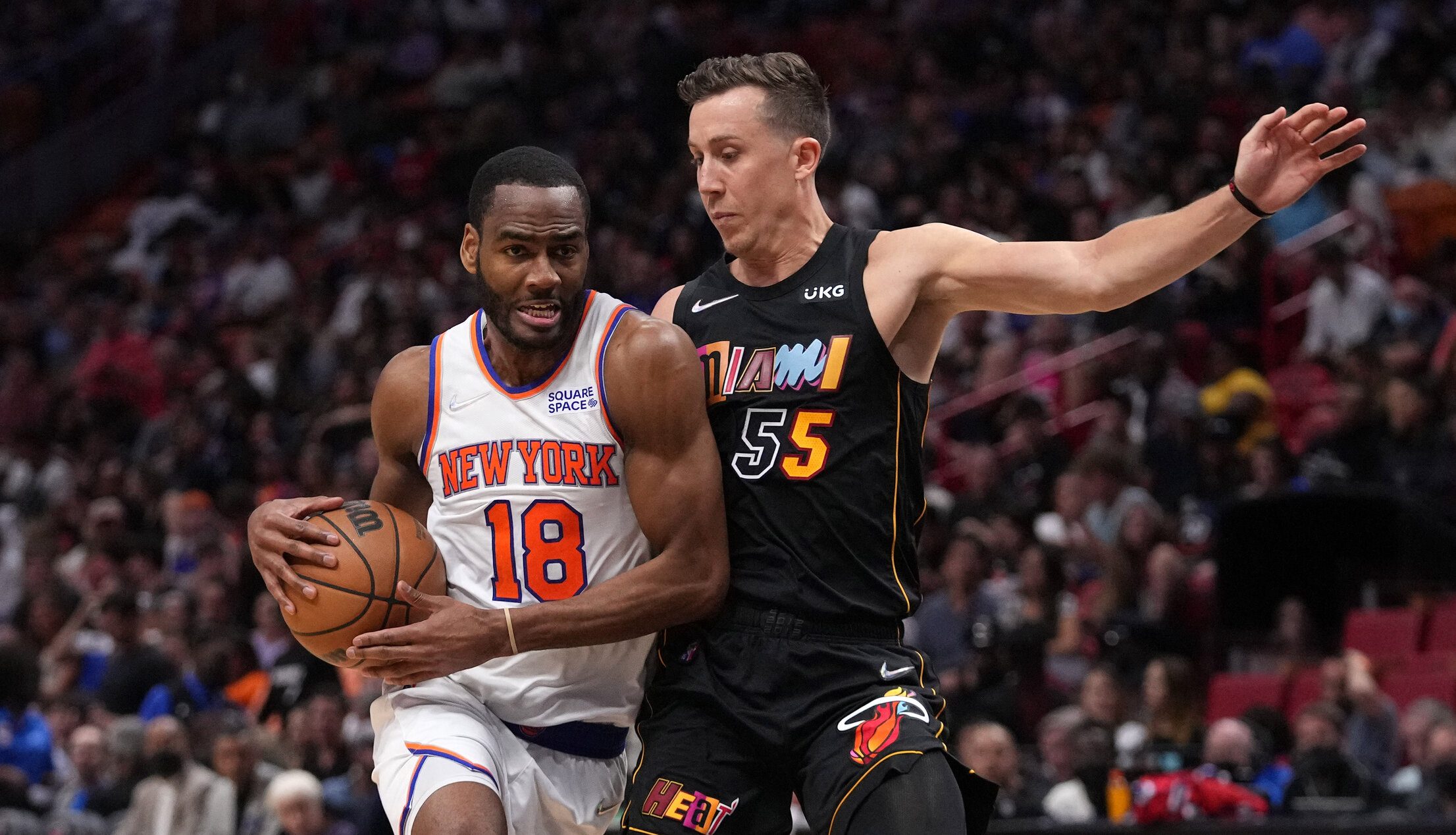 RJ Barrett added 18 points for the Knicks, who also got 15 points and 8 rebounds from Obi Toppin. New York (32-42) won for the fourth time in six games.

The Heat, who lead the Eastern Conference with a 47-27 record, have lost three straight and are 3-5 in their past eight games.

Jimmy Butler led Miami with a game-high 30 points and added 7 rebounds and 7 assists.

New York snapped a five-game losing streak in games against Miami. Prior to Friday, the last time the Knicks defeated the Heat was on January 12, 2020.

New York was without Julius Randle (quad), who missed his third game in a row. But the Knicks got back Mitchell Robinson, who sat out the previous game due to a back injury. He scored 11 points and grabbed 7 rebounds.

The Heat led 32-25 after the first quarter thanks to 10 points, 5 assists and no turnovers by Butler. Miami shot 64.7% in the period, including 5-for-11 from three-point range.

Miami extended the advantage to 58-49 heading to halftime as Butler made a turnaround jumper at the buzzer. Miami maintained its marksmanship in the second quarter, shooting 52.6%. For the half, Miami shot 58.3% as compared to 43.6% for New York.

In the third quarter, the Heat stretched their lead again, this time to 88-73. New York’s Toppin had 13 points and 5 rebounds in the third.

New York made 6-of-9 three-point attempts during the 24-4 run in the fourth quarter, and the Knicks rode that momentum to victory. – Rappler.com