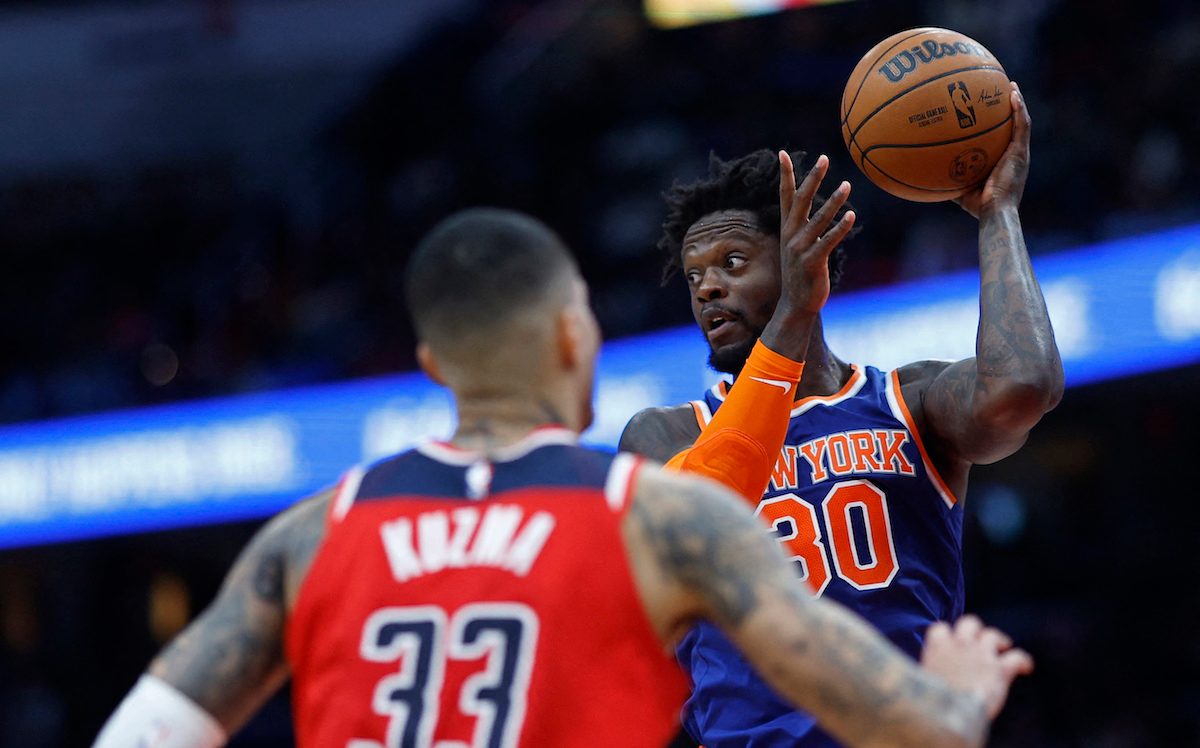 Jalen Brunson and Julius Randle remained hot for the visiting New York Knicks, who frittered away most of a 15-point fourth quarter lead before hanging on to beat the Washington Wizards, 112-108, on Friday, January 13 (Saturday, January 14, Manila time).

Brunson scored 34 points – the fourth time in the last five games he has scored at least 30 points and his ninth 30-point effort of the season. His bank shot with 4:53 left in the third gave New York the lead for good at 71-70.

Immanuel Quickley had 18 points off the bench, while starter RJ Barrett added 17 points for the Knicks, who have won six of seven.

The Wizards’ Kyle Kuzma scored 40 points – a point shy of his career-high – and Kristaps Porzingis had 21 points after missing Wednesday’s win over the Chicago Bulls with a right rib injury, while Corey Kispert added 13 points as Washington played a fourth straight game without leading scorer Bradley Beal, who is sidelined with a strained left hamstring.

The Wizards have lost four of five.

The Wizards scored the next 6 points before the Knicks answered with 6 unanswered points to begin an 11-3 run that ended with Isaiah Hartenstein converting an old-fashioned three-point play to give the visitors an 80-73 lead with 1:36 remaining.

Rui Hachimura drained the final basket of the third, a three-pointer, and Kuzma opened the fourth with a three-point play, before Quickley scored 7 points in a 14-0 run that extended the Knicks’ lead to 94-79 with 8:30 left.

Porzingis scored all the points for the Wizards in an 11-4 run that cut the lead to 100-93 with four minutes left, but Randle hit a long banked three-pointer following a timeout.

Washington responded by scoring 13 of the next 18 points, a surge that ended with Kuzma hitting 2 of 3 free throws with 16.6 seconds left to pull the hosts within 108-106. After New York used its last timeout, Brunson sank a pair of free throws.

The Wizards called their last timeout with 13.9 seconds remaining and then Kuzma and Hachimura missed corner three-pointers. – Rappler.com