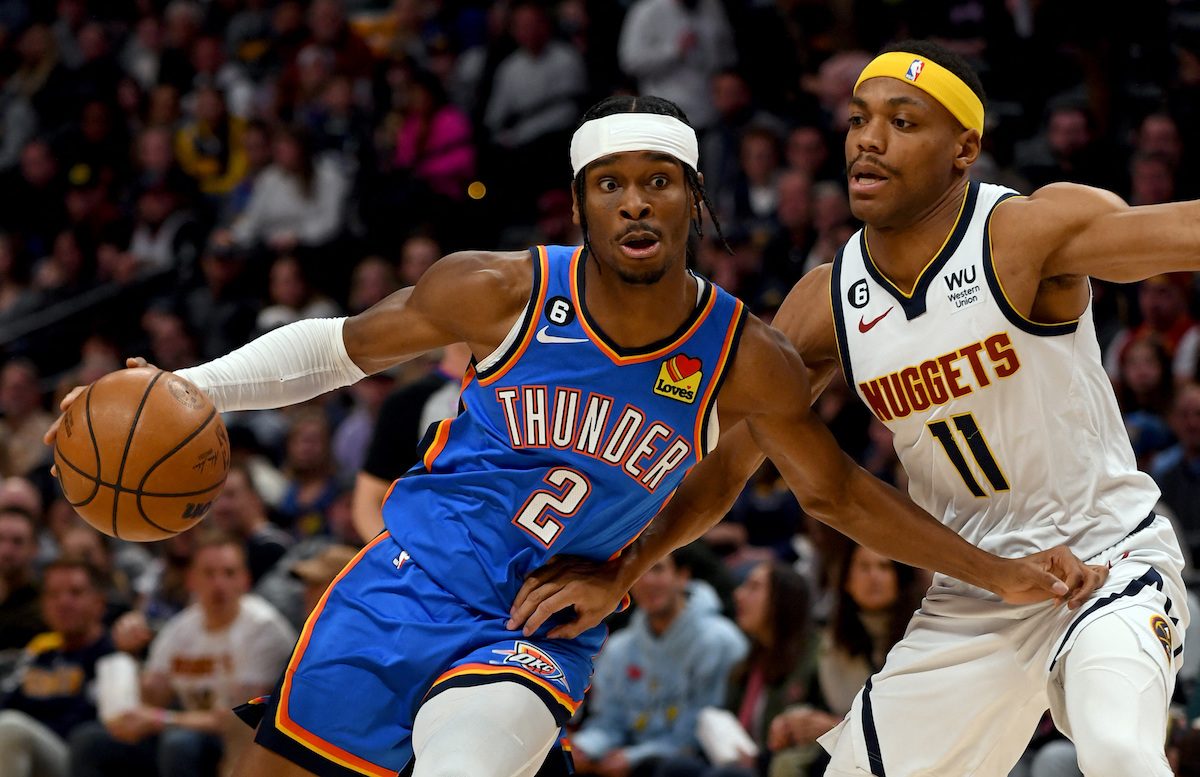 The Thunder led by as many as 11 in the first half, but a three-pointer by Brown late in the second quarter got Denver within 52-47 at intermission.

Gilgeous-Alexander scored 12 points in the final 6:30 of the third quarter to give Oklahoma City an 81-74 lead heading into the fourth quarter.

It was 94-89 after Brown made a layup, but he missed a free throw, and Nnaji missed a pair from the line. Gilgeous-Alexander hit a shot and Nnaji made a corner three-pointer to cut the deficit to 96-92 with 4:08 left.

After the teams traded empty possessions, Gordon and Nnaji each missed 2 free throws, the Thunder missed twice on their next possession, and Gordon’s layup rolled off the rim to keep it a four-point game.

Giddey missed a 21-footer, and Murray’s three-pointer cut the deficit to 96-95.

Williams answered with a three-pointer, Gordon hit a layup with 1:08 left, and Giddey missed a short jumper. Nnaji was fouled on an offensive rebound and hit 2 free throws to tie it at 99-all with 30.2 seconds left.

Gilgeous-Alexander hit a bank shot with 9.2 seconds left to give the Thunder the lead again and Murray missed a 14-footer at the buzzer. – Rappler.com