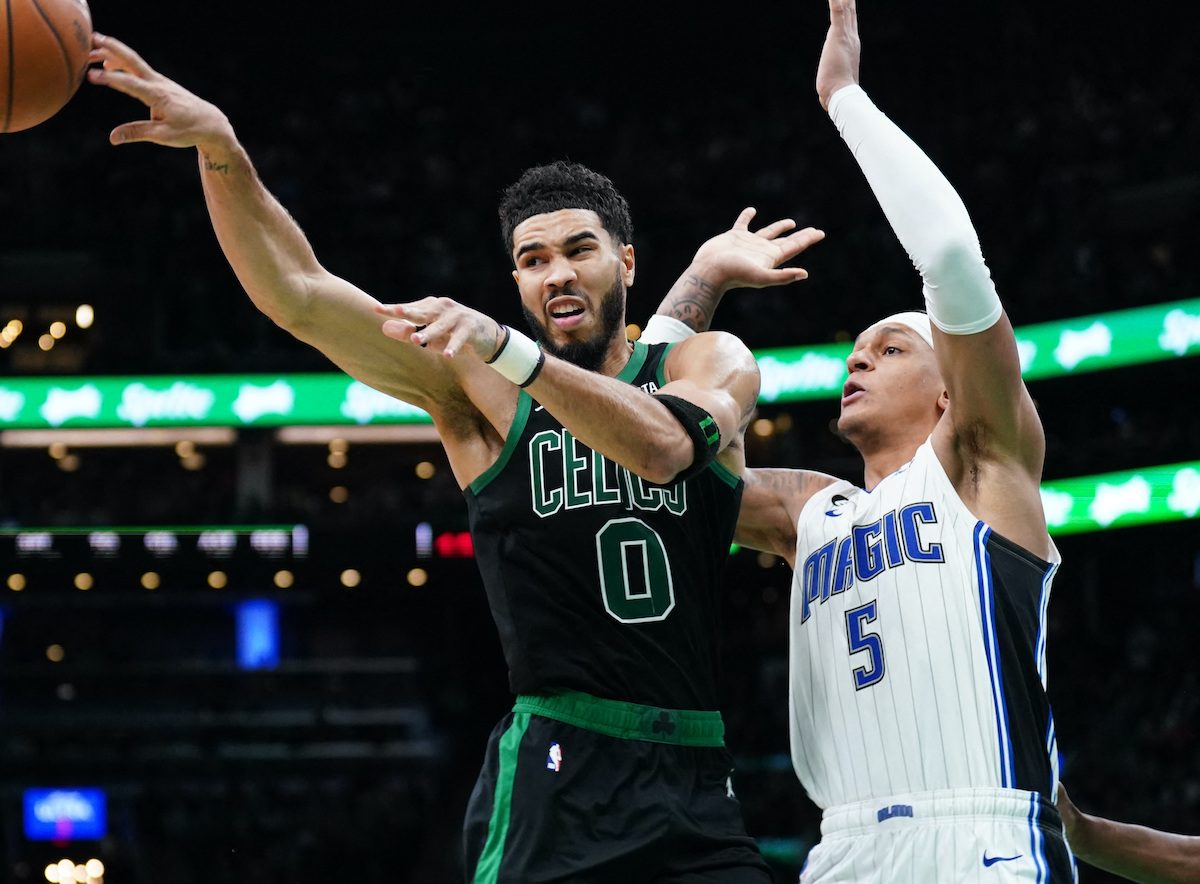 STUNNER. Jayson Tatum and the Celtics begin a long homestand with a loss to the Magic.

Banchero was 3-for-6 from three-point range and added 5 rebounds, 5 assists, and 1 steal as the Magic extended a season-long win streak to five games and won for just the second time on the road this season.

Jayson Tatum led the Celtics with a game-high 31 points and Jaylen Brown dropped 26 for the Celtics, who returned from a 4-2 road trip to begin a long homestand.

Horford and Tatum each knocked down a pair to help the Celtics start 4-of-6 from downtown and build a 14-4 lead.

Williams energized the crowd by taking Smart’s alley-oop for a two-hand dunk with 5:19 left in the first, but the Magic closed within a possession after a 5-0 spurt. Orlando finished the quarter on a separate 14-4 run.

In the second, a Tatum three-point play and 3 more consecutive free throws brought Boston within one, but Terrence Ross’ driving hook and another Franz Wagner three ended a 13-4 Magic run that created a 49-39 lead.

Malcolm Brogdon’s fast break layup brought the Celtics within 54-52. It was an eight-point game at halftime.

Free throws after an Al Horford flagrant 2 and Tatum technical foul fueled a 9-1 stretch that upped the Magic’s third-quarter lead to 19, but Boston’s 14-4 response capped by Brown and a pair of Williams dunks moved the score inside double-digits with 4:36 left.

Anthony canned a pull-up jumper and a layup to highlight an 8-2 spurt four minutes into the fourth. Brogdon and Brown tried to help spark Boston again, but Bamba hit a three before 3 straight Fultz baskets extended the Orlando lead to 110-96.

Banchero hit a triple with 2:44 left, but Moritz Wagner’s driving dunk was seemingly the dagger in the final minute. – Rappler.com