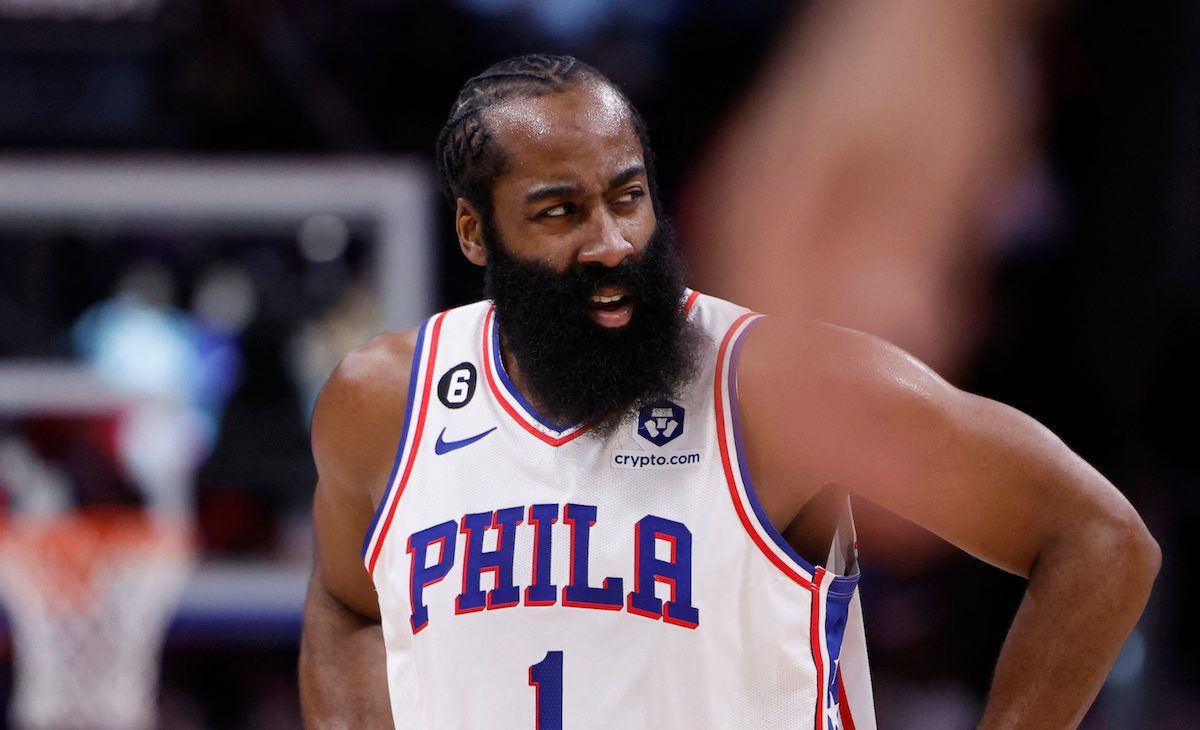 BOUNCE BACK. James Harden and the 76ers get back on track with a convincing win over the Pistons.

Facebook Twitter Copy URL
Copied
Joel Embiid misses his third straight game with a sore left foot, but the 76ers get by behind a James Harden triple-double

Montrezl Harrell had 20 points and 6 rebounds, while Paul Reed contributed 16 points and 12 rebounds off the bench for the Sixers. Georges Niang tossed in 14 points and Tobias Harris added 12 for Philadelphia, which led virtually from start to finish.

Philadelphia led 35-27 after the first quarter. Niang made a pair of three-pointers, sandwiching one by Maxey, during the first two minutes of the second quarter to make it 44-31.

A 9-0 Detroit spurt midway through the quarter cut the Sixers’ advantage to 4. Philadelphia came back with a 12-0 run a little later to make it 67-51 behind 6 points and 2 assists from Harden. He also assisted on the final points of the half, a Reed layup, to give the Sixers a 71-54 halftime advantage.

Philadelphia had four players in double figures by the break, led by Harrell with 16 points. Stewart topped the Pistons at halftime with 15 points.

The Pistons cut the deficit to 11 during the first five minutes of the second half. A pair of Harden free throws pushed the lead to 17 again at 87-70 with five minutes left in the quarter.

Detroit cut it to 10 on 3 Burks free throws but the Sixers finished the quarter on a 10-2 run, including seven Maxey points, to carry a 100-82 lead into the fourth.

The Pistons were unable mount enough of a comeback in the final quarter. – Rappler.com