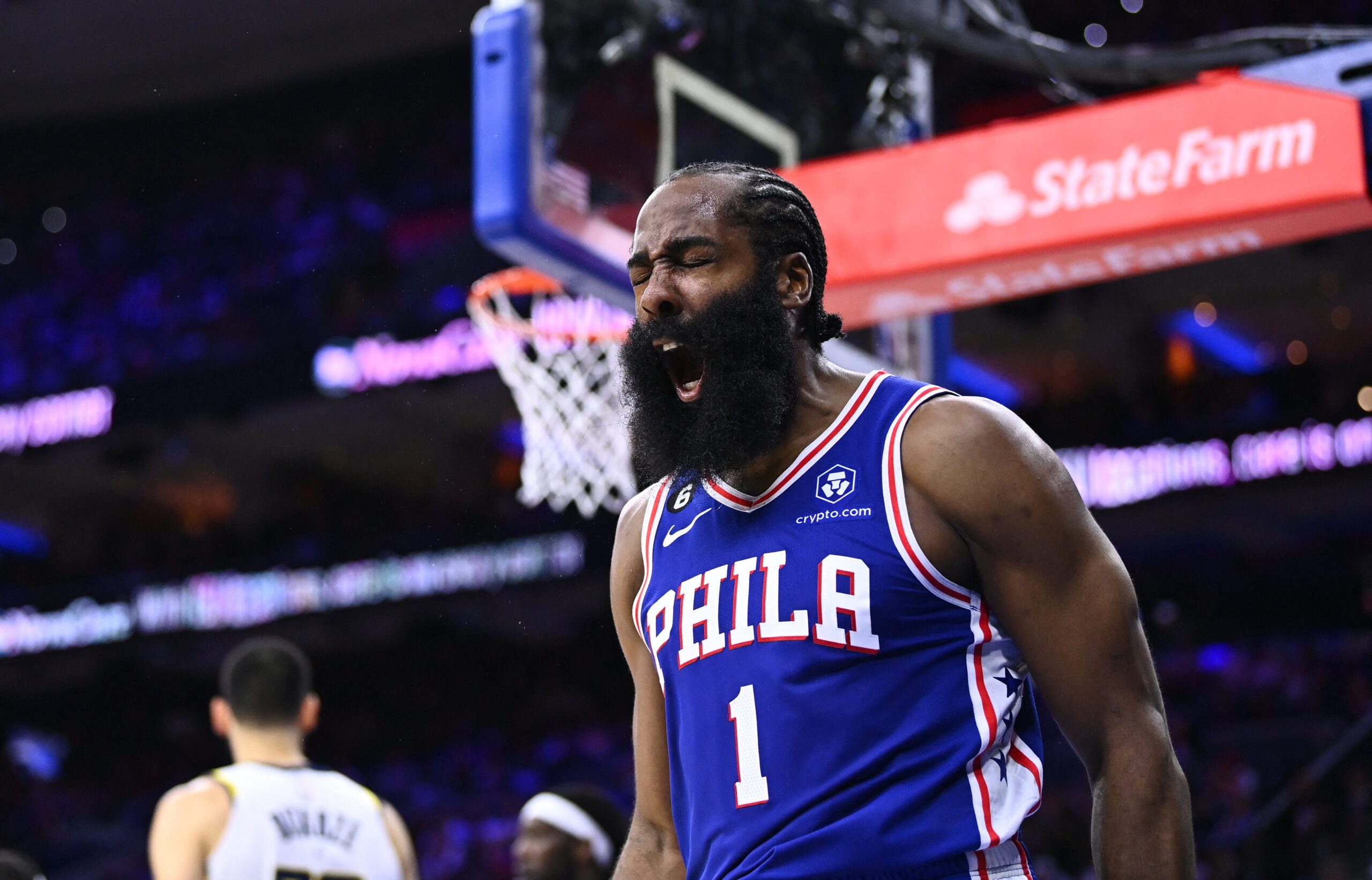 James Harden had 29 points, 11 assists and 9 rebounds to lift the host Philadelphia 76ers past the Indiana Pacers 120-106 on Monday (Tuesday, October 25, Manila time).

Joel Embiid added 26 points and 3 blocked shots and Tobias Harris scored 18 points for the Sixers, who won for the first time in four games this season.

Georges Niang contributed 13 and De’Anthony Melton had 11 off the bench.

Tyrese Haliburton led the Pacers with 19 points and 10 assists and Buddy Hield scored 18 points. Jalen Smith also contributed 17 points and 10 rebounds and Bennedict Mathurin had 17 points after starting 0-for-7.

The Sixers built an early 19-point lead, 48-29, when Harden dropped in a jumper with 5:53 remaining in the second quarter.

Philadelphia led 64-46 at halftime thanks in large part to Harden’s 13 points.

Smith anchored the Pacers with all 17 of his points in the first half on 6-of-10 shooting. But the Pacers struggled overall from 3-point territory, missing 16 of their 20 attempts.

Indiana closed within 73-62 when Hield dropped in a trey with 6:48 left in the third. The Sixers tightened defensively and then extended to an 84-68 advantage when Niang hit a 3-pointer from the wing with 3:08 to go.

Philadelphia held a 90-76 advantage at the end of the third.

Tyrese Maxey hit a trey on the Sixers’ first possession of the fourth for a 17-point lead.

Andrew Nembhard responded with a 3-pointer and after a steal, Mathurin converted a three-point play to quickly cut the deficit to 11.

Embiid picked up his fifth foul with 10:22 left and was replaced by Paul Reed.

After Mathurin hit a trey with 8:12 remaining, the Pacers trailed 99-90. Harden soon made consecutive treys to make it 109-95 with 5:21 left, and the cushion was large enough for the Sixers to cruise to victory from there. – Rappler.com