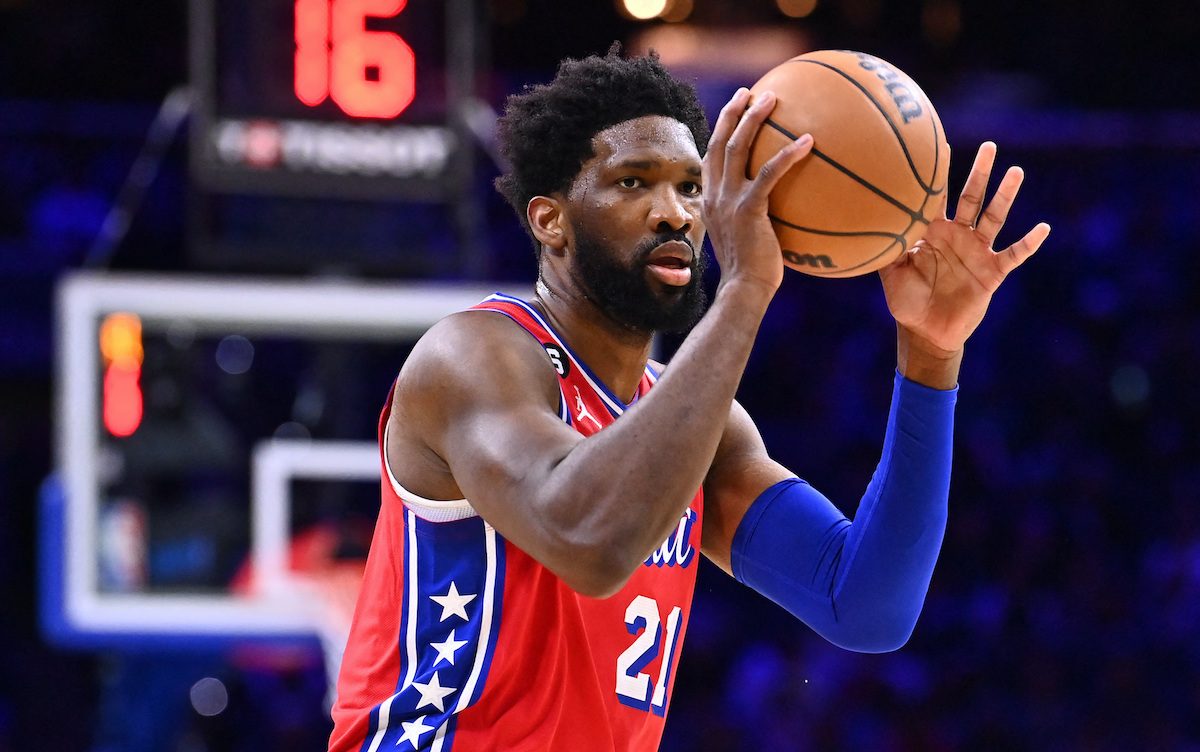 SCORING MACHINE. Joel Embiid leads the 76ers in scoring in a comeback win over the Clippers.

Facebook Twitter Copy URL
Copied
Joel Embiid erupts for 44 points, while James Harden posts a triple-double as the 76ers fight back from 20 points down to sweep their seven-game homestand

The Clippers bolted to a 53-36 lead when Leonard hit a short jumper with 5:38 left in the second quarter.

After Embiid missed a shot in the lane, Powell dropped in a turnaround jumper for a 19-point advantage. The lead eventually reached 20.

Embiid’s 15-foot jumper off a pick-and-roll with Harden closed the Sixers within 58-44 with 2:15 remaining.

The Clippers led 63-51 at halftime thanks in large part to 61% shooting as well as 17 points from George and 13 from Leonard.

When Embiid converted a three-point play with 7:44 left in the third, the Sixers closed within 72-61.

The Sixers stayed aggressive offensively and Harris hit a difficult short bank shot to slice the deficit to 74-66. Harden then added a deep trey from the wing and the Sixers trailed by just 5 with 5:09 to go.

Morris Sr. responded with a three-pointer from the corner on the Clippers’ next possession.

Niang and Melton then hit consecutive treys and Philadelphia closed within 2.