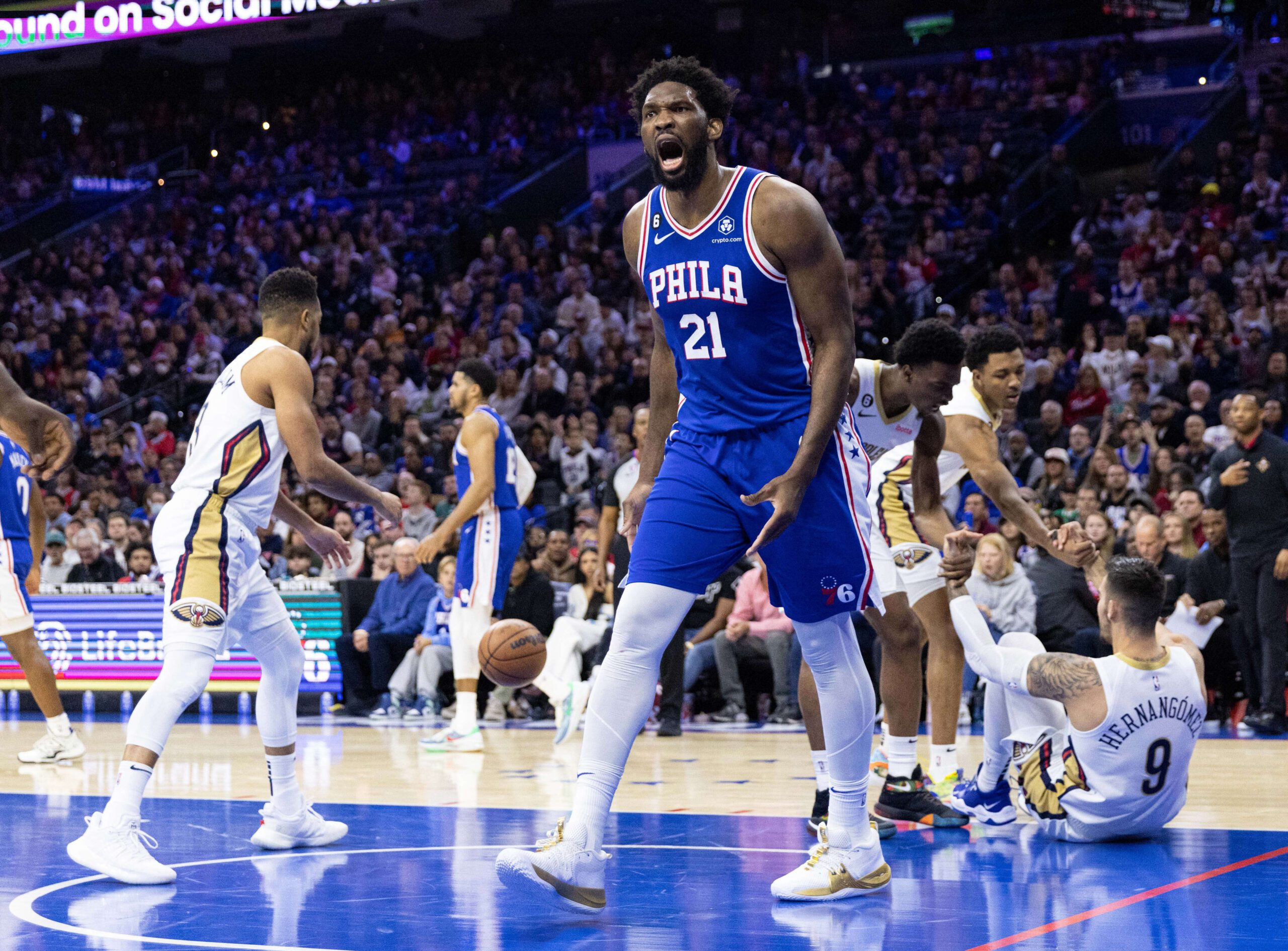 Joel Embiid had 42 points and 11 rebounds to lift the host Philadelphia 76ers past the New Orleans Pelicans 120-111 on Monday (Tuesday, January 3, Manila time).

James Harden added 27 points and eight assists, Georges Niang scored 15 points and Tyrese Maxey had 12 points in his second game back from a fractured left foot. De’Anthony Melton chipped in with 11 for the Sixers, who have won two straight.

Zion Williamson led the Pelicans with 26 points, seven assists and six rebounds but left the game early in the second half with a strained right hamstring and was deemed out midway through the fourth.

CJ McCollum added 26 points and Jonas Valanciunas contributed 12 points and 12 rebounds. Naji Marshall and Jaxson Hayes also scored 10 points each for the Pelicans, who have lost two in a row.

Embiid dropped in a 3-pointer with 5:00 left in the second quarter and the Sixers went ahead 49-35.

Williamson drove to the basket and scored to close within 52-41 with 3:11 remaining.

The Sixers led 57-52 at halftime thanks in large part to 18 points from Embiid and 16 from Harden.

The Pelicans used a late 14-4 run to slice that early deficit as Williamson scored 12 of his 16 points in the second quarter.

The Sixers pulled out by 10 early in the third as Embiid’s short jumper gave them a 66-56 advantage with 8:18 left.

After the Pelicans tied the game at 70, Embiid converted a three-point play with 3:39 to go.

Devonte Graham hit a pair of free throws with 9:38 left and the Pelicans equalized at 89.

Maxey knocked down a trey from the corner on the next possession for the Sixers.

McCollum was whistled for a foul and then a technical foul with 6:54 remaining.

Even after Williamson went out, McCollum kept the Pelicans with a trey to cut the deficit to 106-99 with 3:51 remaining.