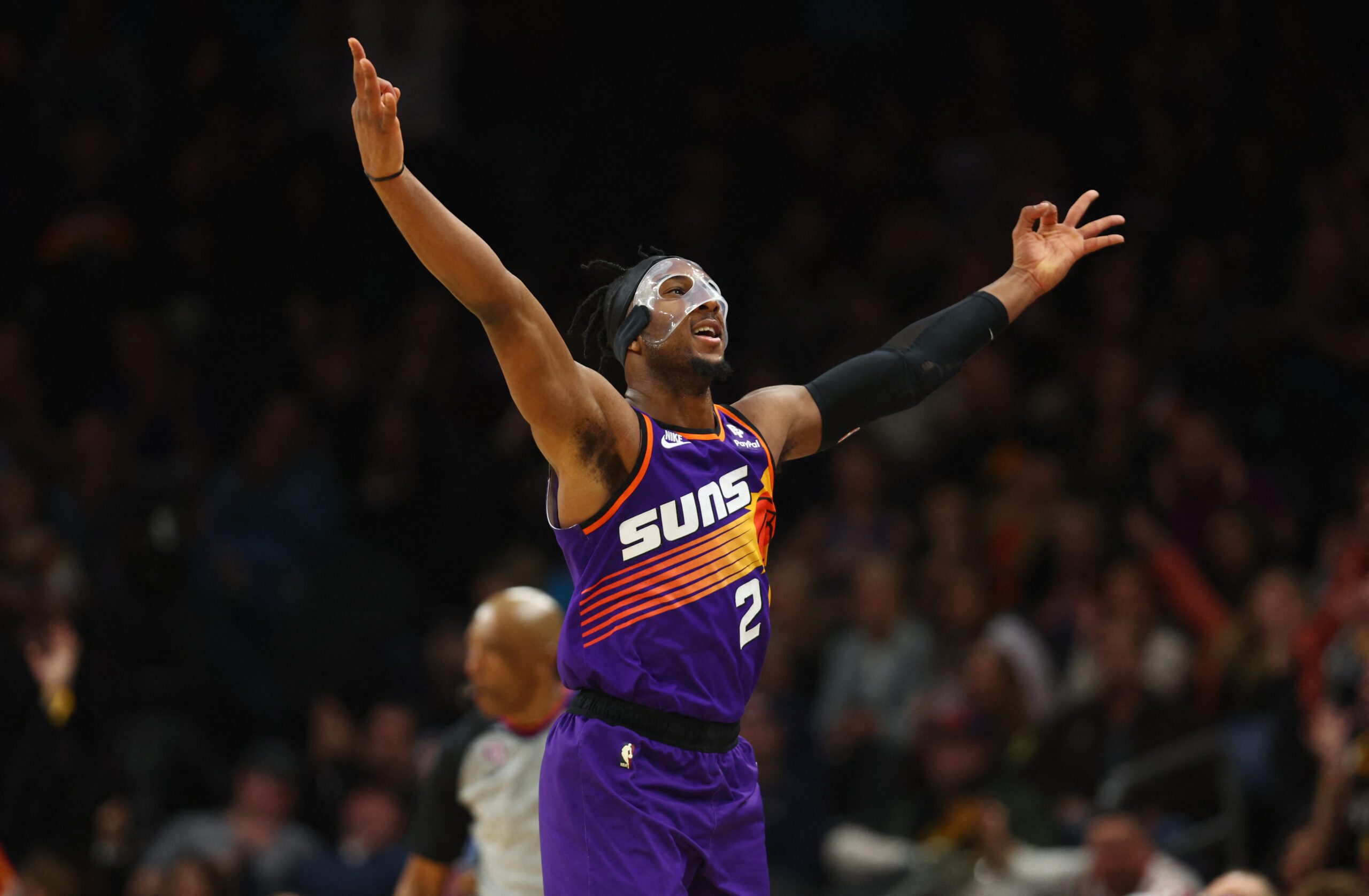 STEPPING UP. Suns forward Josh Okogie celebrates a three-point shot against the Pacers.

Starting in place of Deandre Ayton, Biyombo anchored a strong defensive effort with a season-high 16 rebounds and combined with Okogie for 7 blocked shots as the Suns limited the visitors to 37.5% shooting en route to a second straight win to open a five-game home stand.

Bennedict Mathurin had 23 points off the bench and TJ McConnell recorded the triple-double of his career –18 points and season-highs in assists with 12 and rebounds with 10 – to pace Indiana, which dropped its seventh in a row and second in two nights.

In a tight affair in which neither team led by more than 10, the Suns, who also were without Chris Paul, Devin Booker, and Cam Johnson, appeared to take control when Okogie buried a three-pointer for a 102-94 lead with 3:47 to play.

But the Pacers chipped away, getting within 104-101 with 1:56 remaining on a three-point play by Mathurin, then as close as 109-107 when Buddy Hield buried a triple with seven seconds left.

The Suns left the door to overtime ajar when Saben Lee missed one of two free throws with 5.4 seconds remaining, but Hield misfired on a potential game-tying 27-footer with 2.7 seconds left.

Okogie then iced the win with two free throws with nine-tenths of a second left.

Okogie, who had scored more than 14 points just once all season, finished with a team-high 24 to go with 10 rebounds and 4 blocks for the Suns, who complete a home back-to-back against the Memphis Grizzlies on Sunday night.

Biyombo and his backup, Jock Landale, also completed double-doubles, Biyombo with 12 points and 3 blocks, Landale with 10 points and 10 rebounds.

Hield used a game-high five three-pointers as the foundation for a 22-point night for the Pacers, who were without injured star Tyrese Haliburton.

Indiana also got 16 points and a team-high 12 rebounds from Myles Turner, and 11 points from Jalen Smith. – Rappler.com