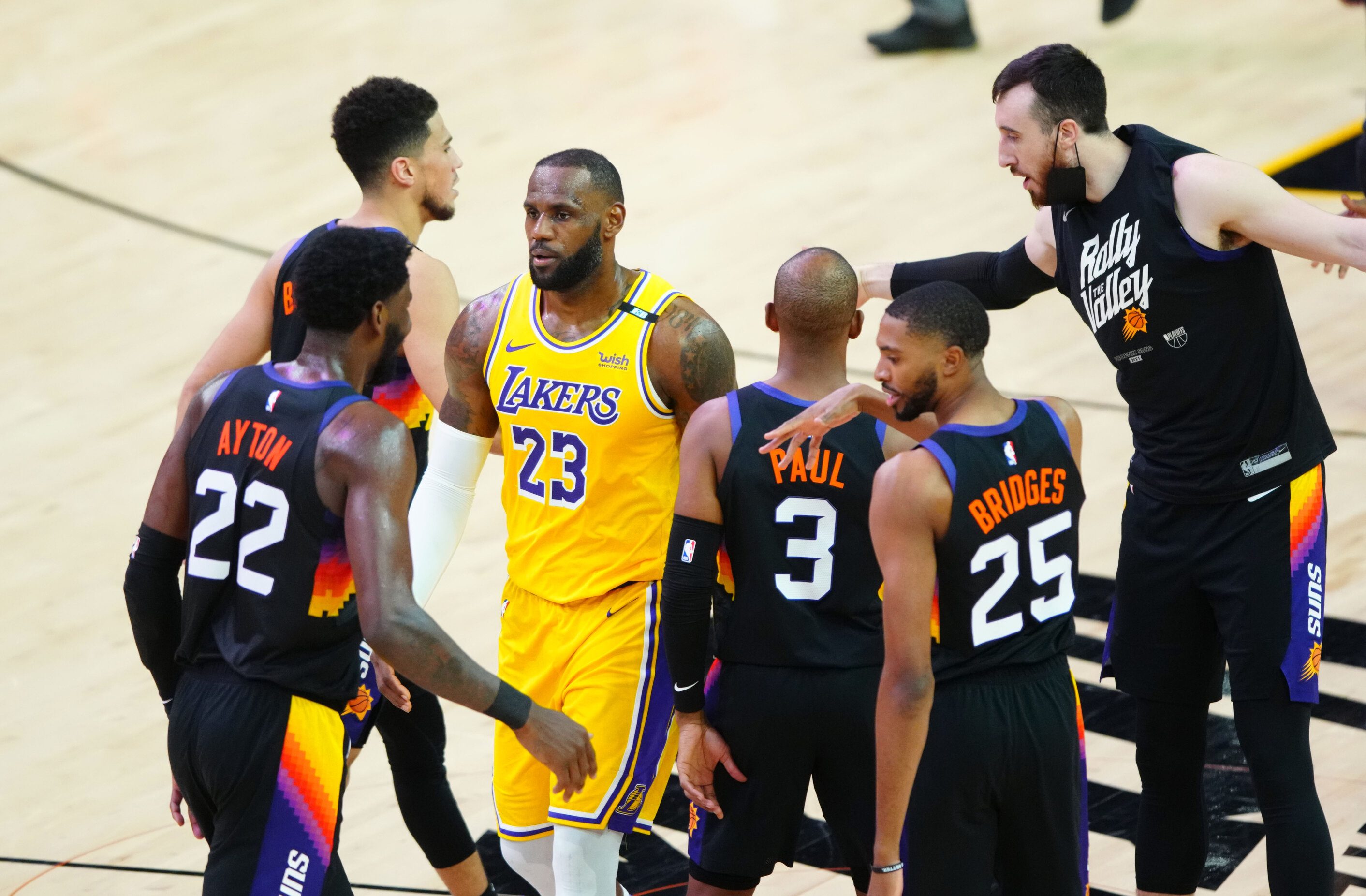 Cameron Payne added 16 points off the bench and the Suns led by as many as 36 points while notching their second consecutive win in the seven-game series.

LeBron James registered 24 points, 7 assists, and 5 rebounds for the Lakers, who played without Anthony Davis (groin).

Chris Paul of the Suns reinjured his right shoulder while battling for rebounding position with 6:47 left in the third quarter and didn’t return. He was officially ruled out early in the fourth quarter due to a contusion.

Paul had 9 points, 6 assists, and 4 rebounds in 23 minutes on a night in which Phoenix tallied 29 assists and committed just four turnovers. Los Angeles had 16 turnovers.

The Suns’ domination included a 30-point halftime lead that was the largest in franchise playoff history, while it marked Los Angeles’ second-largest halftime playoff deficit. The Lakers trailed the Portland Trail Blazers 75-41 in a first-round playoff game on April 23, 1992.

Mikal Bridges tallied 13 points for Phoenix, which shot 45.7% from the field and made 14-of-42 from three-point range.

Kyle Kuzma added 15 points for the Lakers, who connected on 34.5% of their shots, including 12-of-35 from behind the arc.

The Lakers led 10-5 in the opening minutes before Phoenix scored the next 16 points to take the lead for good.

Booker scored 18 points in the opening stanza as the Suns held a 34-26 lead entering the second period.

The Suns increased the lead to 36 points on Booker’s basket with 7:30 left in the third quarter, shortly before Paul was reinjured. But the loss of its floor leader didn’t bother Phoenix as it continued to lead comfortably while finishing off the rout.