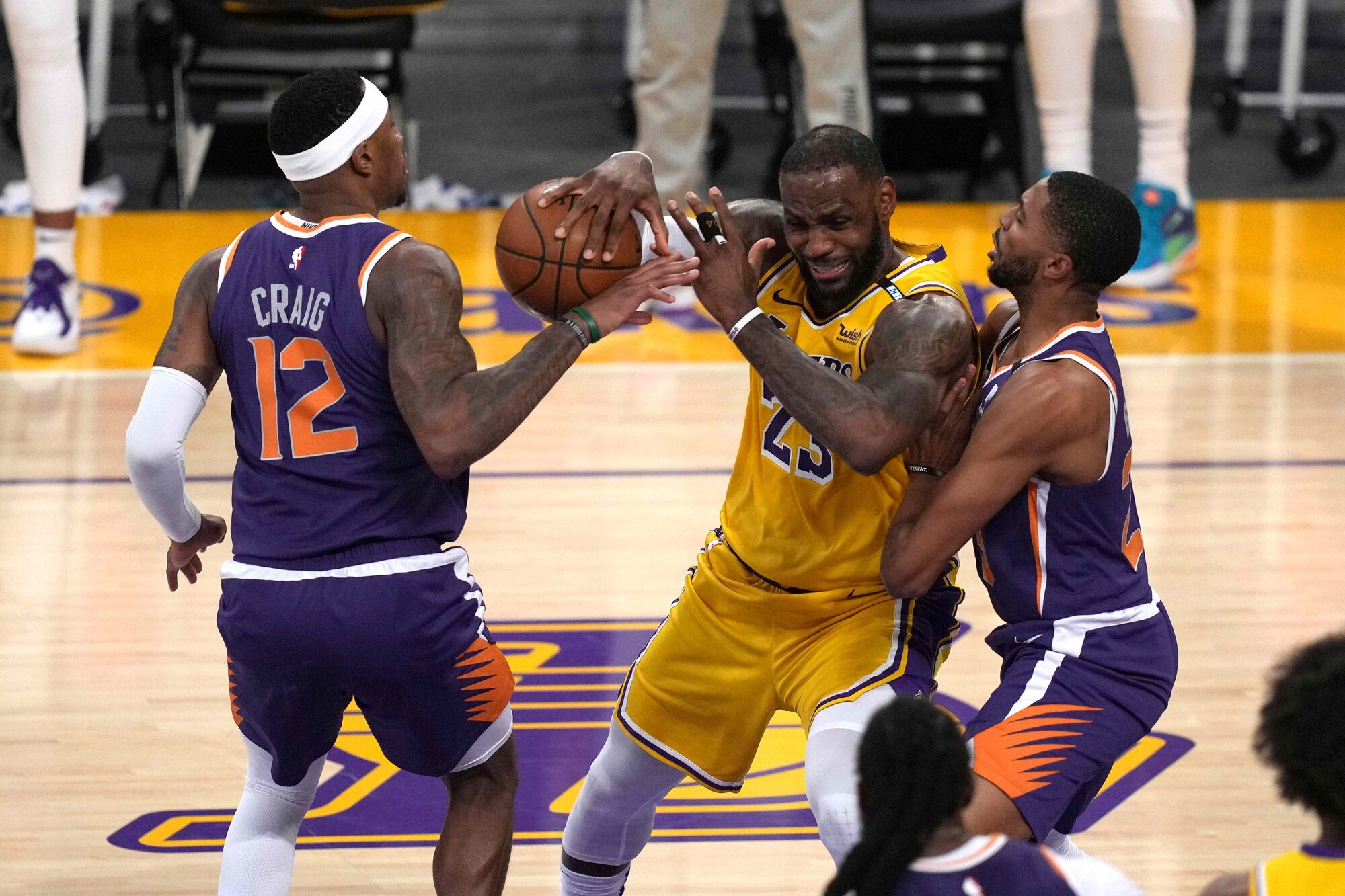 In their first visit to the playoffs since 2010, the No. 2-seeded Suns moved on to face the No. 3-seed Denver Nuggets.

Booker made a career-best eight three-pointers on 10 attempts and secured 11 rebounds. Jae Crowder added 18 points for Phoenix, and Mikal Bridges and Cameron Johnson scored 10 each as the Suns won the final three games of the series, two of which were in Los Angeles.

LeBron James scored 29 points for the No. 7 seed Lakers, but tag-team partner Anthony Davis lasted just 5 minutes and 25 seconds while trying to play through a left groin strain that kept him out of Game 5.

James lost a first-round playoff series for the first time in his career.

It was a series defined by injuries as the Lakers also saw guard Kentavious Caldwell-Pope slowed with a left knee contusion and James playing after a high ankle sprain wiped out 26 of 28 games late in the season.

The Suns took control early, leading 21-10 after seven minutes on a three-pointer by Booker. Davis was out of the game by then, removed with 6:35 left in the first period after aggravating his injury while trying to stay with Booker defensively.

Phoenix led by as many as 29 in the second quarter and 62-41 at halftime before the Lakers cut the deficit to 89-76 by the end of the third.

The Lakers cut the deficit to 10 points, 94-84, with 8:06 to play but could not get any closer. Dennis Schroder scored 20 points and Caldwell-Pope 19 for the Lakers.

Crowder was ejected late in the game after a confrontation near the Lakers’ bench. – Rappler.com