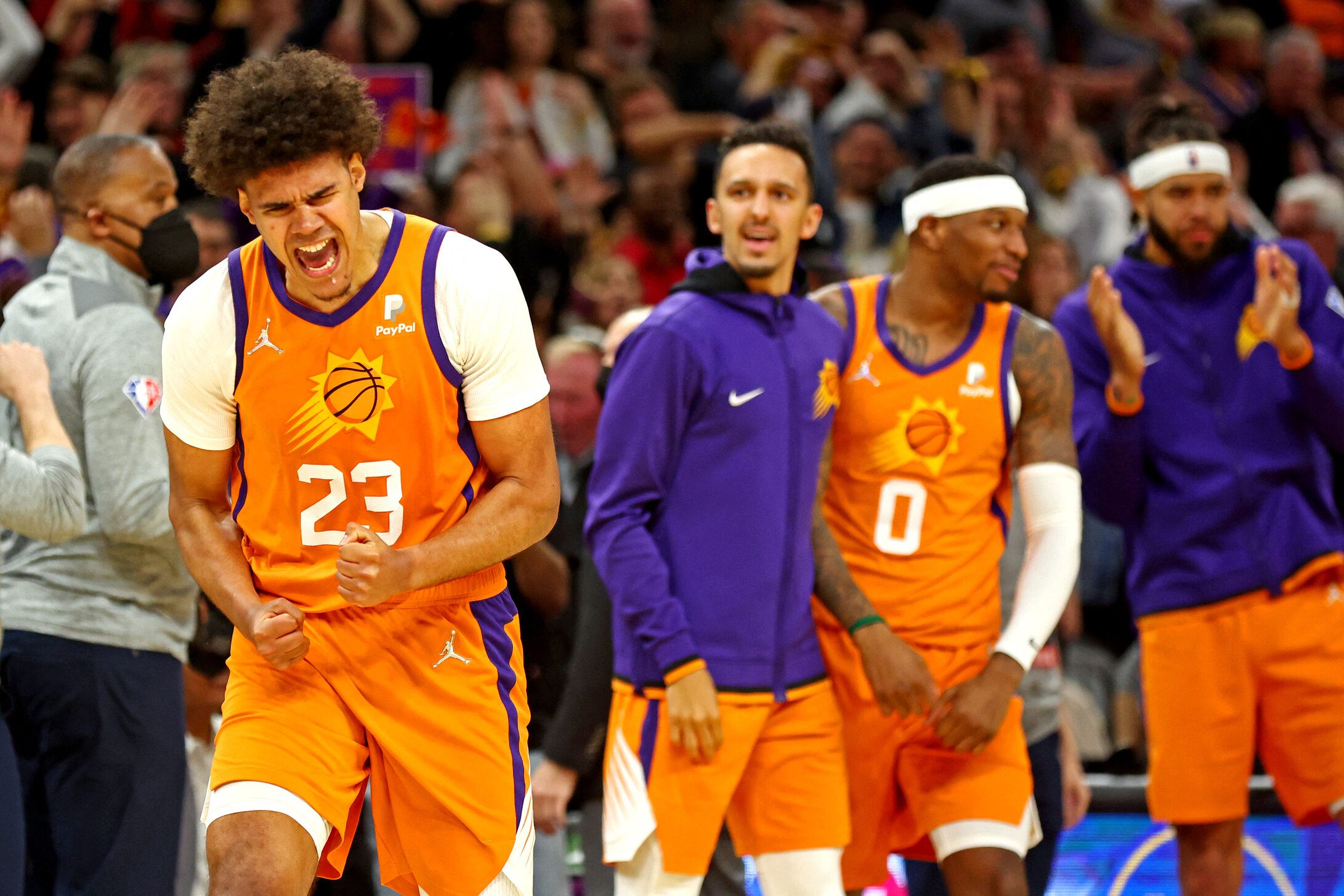 Facebook Twitter Copy URL
Copied
Just when the Knicks seem to be on the verge of upsetting the NBA leaders, Cameron Johnson knocks in a game-winner to cap the Suns’ escape

The Knicks, who lost their seventh straight, appeared on the verge of upsetting the NBA-leading Suns when Mitchell Robinson put back an RJ Barrett miss with 15.6 seconds left, and Cameron Payne missed a layup on the other end.

Alec Burks was fouled with 7.1 seconds remaining, and he hit the first but missed badly on the second. Mikal Bridges grabbed the rebound and dished to Payne, who passed back to Johnson. He capped his career-high 38 points as his 30-footer swished through the net just after the buzzer sounded.

Johnson had 21 points in the fourth quarter, and he finished with 14 more points than his previous career high. He also was at the center of a near-brawl in the third quarter that resulted in the ejection of Knicks star Julius Randle.

Johnson shoved Randle after Evan Fournier’s three-pointer gave the Knicks their largest lead to that point at 86-76. Randle responded by bumping Johnson as officials and players from both teams intervened. The Knicks power forward, who had 25 points and 7 rebounds, then shoved aside an official and pushed Johnson.

Payne finished with 17 points and 16 assists, while Bridges (20 points), Jae Crowder (14 points), and Aaron Holiday (10 points) all scored in double figures as the Suns.

Robinson had 17 points and 15 rebounds for the Knicks, while RJ Barrett had 20 points. Fournier and Alec Burks had 16 points apiece, while Immanuel Quickley added 13 points off the bench.

Neither team led by more than six until the Knicks mounted a 30-15 run spanning the third and fourth quarters to take a 95-81 lead.

Johnson and Payne combined for nine straight points to open a 23-9 run that ended with Johnson hitting a contested three-pointer to tie the score at 104-104 with 3:13 left.

The Knicks took two more five-point leads before Crowder scored four straight points to give the Suns a 112-111 lead and set up the wild final 30 seconds. – Rappler.com