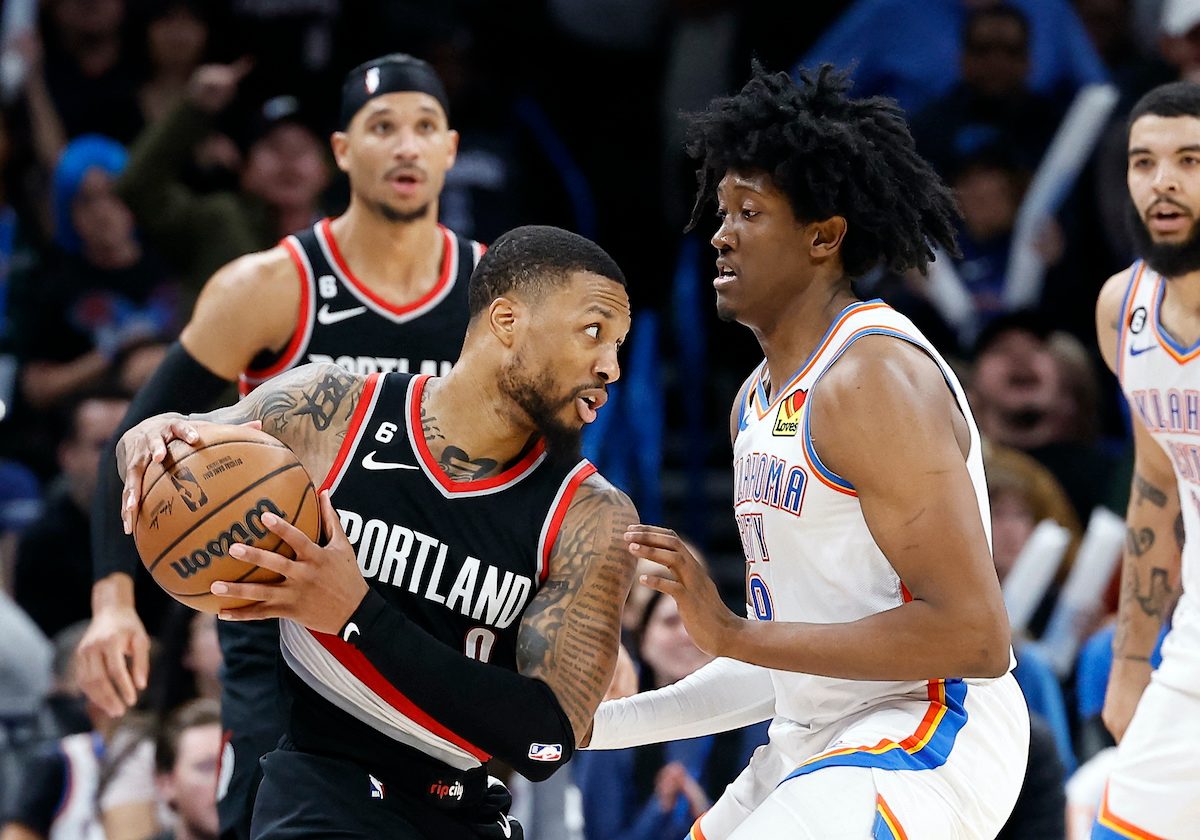 Shai Gilgeous-Alexander capped a 35-point effort by draining a 14-foot jumper at the buzzer to give the Oklahoma City Thunder a 123-121 victory over the visiting Portland Trail Blazers on Monday, December 19 (Tuesday, December 20, Manila time).

The result spoiled the night for Trail Blazers star Damian Lillard, who became the franchise’s all-time leading scorer in the third quarter.

It was Gilgeous-Alexander’s second last-moment, game-winning shot this season. He also accomplished the feat on November 16 at Washington.

Gilgeous-Alexander caught the inbounds pass with three seconds remaining, spun to his right, and then elevated over Justise Winslow, launching a floater that dropped through the net as the buzzer sounded to give the Thunder their second consecutive win.

Just moments earlier, it looked as if Lillard had sent the game to overtime with a reverse layup to tie the game at 121-121.

Instead, Gilgeous-Alexander finished it off in regulation.

Gilgeous-Alexander struggled from the field much of the game but was 4 of 7 in the fourth quarter. He helped keep Oklahoma City in the game by hitting all 14 of his free throw chances, including 4 in the fourth.

Lillard came into the game needing 21 points to pass Clyde Drexler as the leading scorer in Portland history. He tied Drexler early in the third quarter, pulling up well behind the three-point arc and draining the shot to extend the Trail Blazers’ lead to 5.

Lillard missed his next 3 shots but finally grabbed the record at the free throw line late in the quarter.

In the timeout a few moments after reaching the mark, Lillard received handshakes and hugs from his teammates and coaches as the accomplishment was acknowledged in the arena, drawing a standing ovation from the visiting crowd. Lillard was soon greeted by his four-year-old son, Damian Lillard Jr.

Three turnovers in the final 2:08 helped sink Portland, with Luguentz Dort’s steal leading to a Gilgeous-Alexander stepback that put Oklahoma City up 116-115 with 1:59 left.

Then with the Trail Blazers up by 1 with 19 seconds left, Anfernee Simons reached out and tipped an inbounds pass intended for teammate Lillard, leading to a pair of free throws from Gilgeous-Alexander.

Jalen Williams followed by stealing the ball from Lillard, then hitting 1 of 2 free throws with 6.8 seconds remaining to set up the final sequence.

Lillard finished with 28 points while Jerami Grant added 26 in the loss.

No Thunder player other than Gilgeous-Alexander scored more than 13 points, but six other Oklahoma City players scored in double figures. – Rappler.com