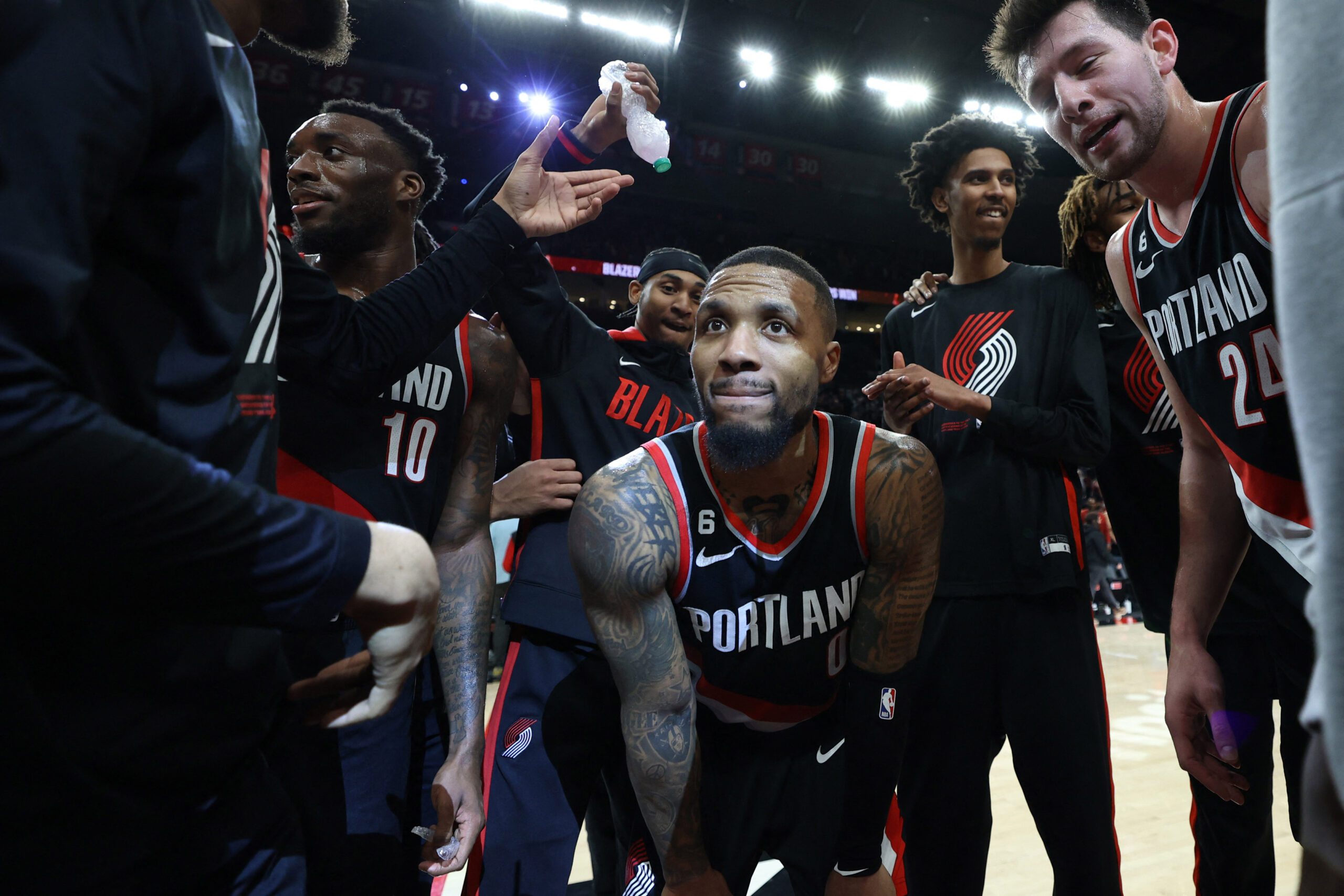 PHENOMENAL. Trail Blazers guard Damian Lillard huddles with his teammates after scoring 60 points in the Trail Blazersu2019 win over the Jazz.

Damian Lillard exploded for a season-high 60 points and moved into sixth place on the all-time three-pointers list while propelling the Portland Trail Blazers to a 134-124 victory over the visiting Utah Jazz on Wednesday, January 25 (Thursday, January 26, Manila time).

Lillard made 9-of-15 three-point attempts to raise his career total to 2,292 treys, passing Vince Carter (2,290) with his eighth make of the contest. It was Lillard’s second 50-point outing of the season and 14th overall in regular-season play.

Lillard was 21-of-29 overall from the field while falling one point shy of his career high, which he set against the Golden State Warriors on January 20, 2020 and hit once more in August 2020.

Jerami Grant added 19 points, Anfernee Simons had 16 points and 9 assists, and Jusuf Nurkic tallied 10 points for Portland, which won its second game in a row.

Lauri Markkanen scored 24 points, Collin Sexton added 19, and Jordan Clarkson had 18 for the Jazz, who are 3-3 in their past six games. Talen Horton-Tucker and Jarred Vanderbilt had 12 points apiece, Rudy Gay scored 11 and Malik Beasley added 10.

Lillard reached 58 points with a layup with 2:18 left and sank two free throws to reach 60 with 1:37 remaining.

Lillard took aim at a career high, but his three-point attempt bounced off the rim with 29 seconds to go. His 60 points tied Kobe Bryant’s final game on April 13, 2016, as the second most scored against the Jazz. George Gervin has the most with 63 for the San Antonio Spurs on April 9, 1978.

Lillard scored 24 points in the third quarter, including Portland’s last 20 of the stanza.

Lillard scored his first points of the fourth quarter on a 20-footer with 6:38 left to give the Trail Blazers a 115-104 lead.

A basket by Sexton pulled the Jazz within 117-110 with 4:54 left before Portland scored the next 8 points to increase its lead to 15 and leave the only suspense as Lillard’s final point total.

Lillard made 6 first-half three-pointers while scoring 26 points to help Portland lead 66-64 at the break. The Trail Blazers erupted for 47 second-quarter points thanks to an 11-of-14 effort from three-point range. – Rappler.com

Through good and bad, Lillard sticking with Blazers