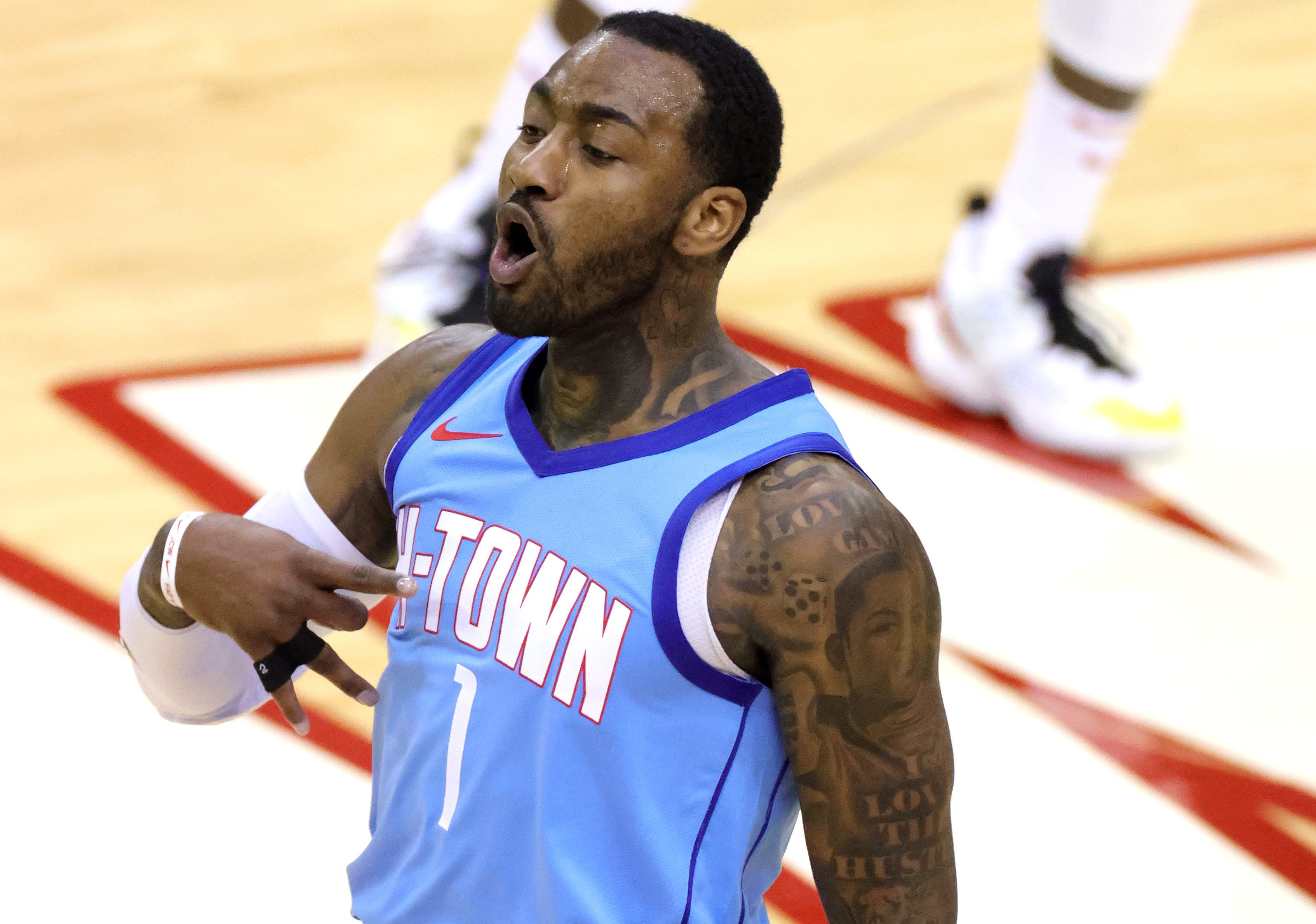 LEADER. Rockets guard John Wall reacts after making a three-point basket against the Wizards in the final quarter.

Facebook Twitter Copy URL
Copied
John Wall, traded for Russell Westbrook in the offseason, gets the better of his former team

Wall added 5 assists and combined with Oladipo to fuel a 10-0 fourth-quarter run that pushed the Rockets to a 93-79 lead. Oladipo sandwiched the rally with a 10-footer and a three-pointer, while Wall contributed a three-point play and a short hook shot.

DeMarcus Cousins tallied 19 points, 11 rebounds and 5 steals for Houston, which played without center Christian Wood yet welcomed back forward Danuel House Jr, out since January 2.

David Nwaba had 11 points, 9 rebounds and 2 steals off the Houston bench.

Bradley Beal, the league’s leading scorer, tallied 33 points on 12-of-28 shooting for the Wizards, while Russell Westbrook, traded for Wall this past offseason, added 19 points, 11 rebounds and 7 assists.

The Wizards were missing 6 players due to league health and safety protocols.

The Wizards held the Rockets scoreless for more than 4 minutes during a ragged 3rd quarter but proved unable to take advantage. When Cousins drilled a triple with 5:18 left in the period, the Rockets had just their second field goal in the 3rd quarter yet led 61-56.

Suddenly, the Wizards found a bit of life with a 6-0 run, igniting an unexpected back and forth that featured 6 lead changes. But Nwaba beat the buzzer with a second-chance basket and Houston carried a 75-70 lead into the 4th.

Wall and Oladipo took over from there. Wall, making his first appearance against the team that drafted him first overall in 2010, scored 7 points in the opening quarter.

The Wizards offset that individual effort by making 13-of-27 shots and posting a plus-seven rebounding advantage while carrying a 29-26 lead into the second.

But Nwaba hit a three-pointer at the end of the first and it provided a spark, as Houston reeled off a 14-4 run to build a cushion. A Wall dunk lifted the Rockets to a 40-33 lead at the 7:42 mark, but the Wizards responded with a 10-4 spurt and, by the close of the half, sliced the deficit to 4.

Washington made hay on the glass, converting 10 offensive boards into 14 second-chance points to help negate the 11 turnovers that Houston converted into 13 points. – Rappler.com