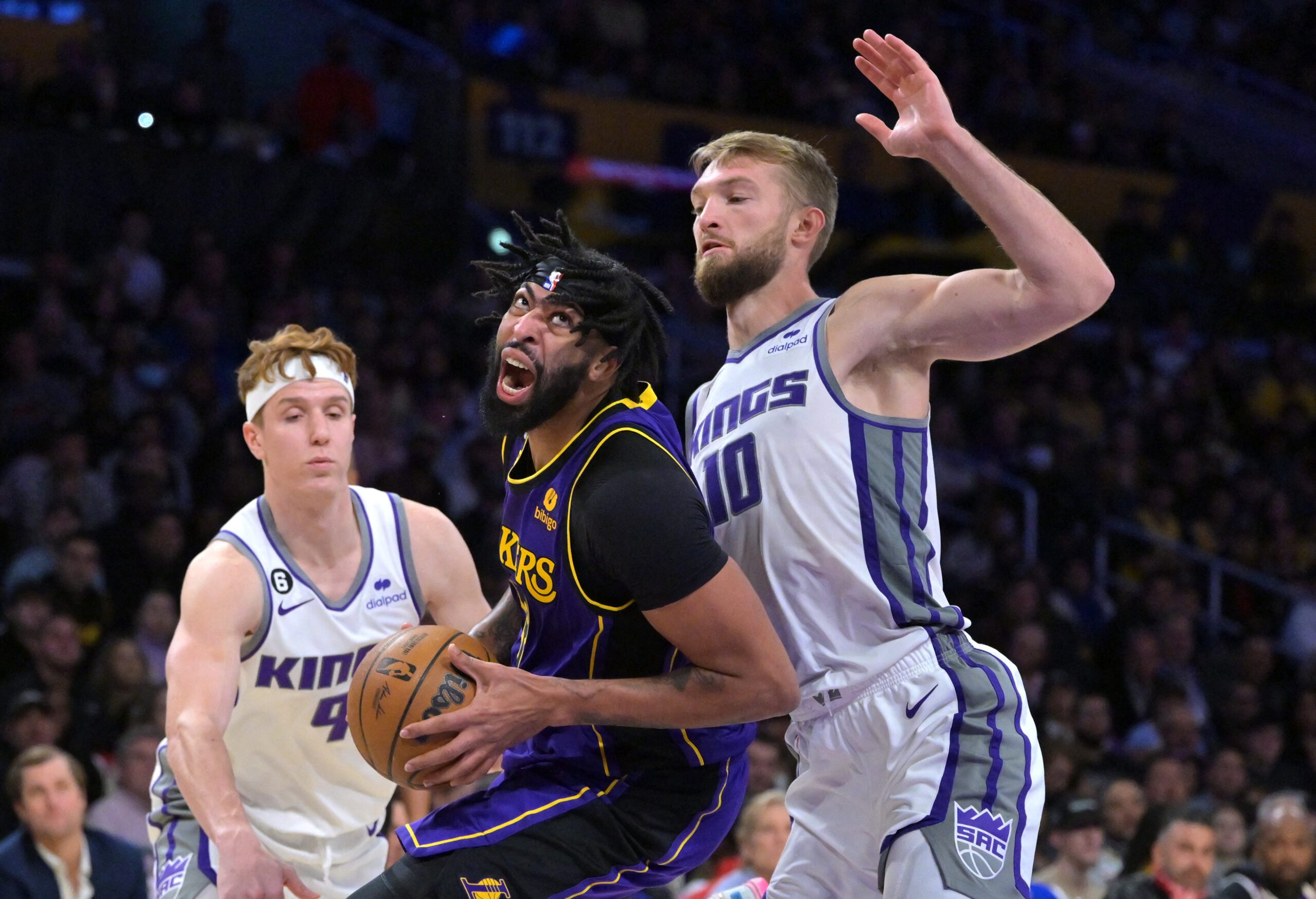 Los Angeles Lakers forward Anthony Davis (3) is defended by Sacramento Kings forward Domantas Sabonis (10) as he drives to the basket in the second half at Crypto.com Arena

De’Aaron Fox had 32 points and a season-high 12 assists as the visiting Sacramento Kings scored the game’s final eight points and extended the Los Angeles Lakers’ losing streak to five games with a 120-114 victory on Friday (Saturday, November 12, Manila time).

Fox, who recorded 21 of his 32 points in the second half, scored four straight points to put Sacramento ahead 118-114 with 32 seconds left.

After Walker missed a 3-pointer on the other end, Barnes converted two foul shots for the final margin.

The Lakers fell to 2-10 overall despite a strong performance by Westbrook, who made 4 of 7 shots from beyond the arc after entering the game shooting 32.5 percent from 3-point range.

Sacramento shot just 2 of 13 from 3-point range in the first quarter, but the teams were tied at 23 going into the second quarter. Sabonis and Barnes combined for 19 of the Kings’ 23 points.

Anthony Davis, who was a game-time decision due to a non-COVID illness, scored 17 points in the first half to lead all scorers.

Neither team was able to gain any separation in the third quarter, which ended with the Lakers leading 88-87.

Fox scored 11 points in the third quarter for the Kings. Sabonis sat out for an extended period after he picked up his fourth foul with 6:25 left in the quarter.

Sabonis returned with 7:35 left in the fourth quarter and the Kings leading 102-101.

The Lakers played without star LeBron James, who is listed as day-to-day with a strained left adductor. – Rappler.com