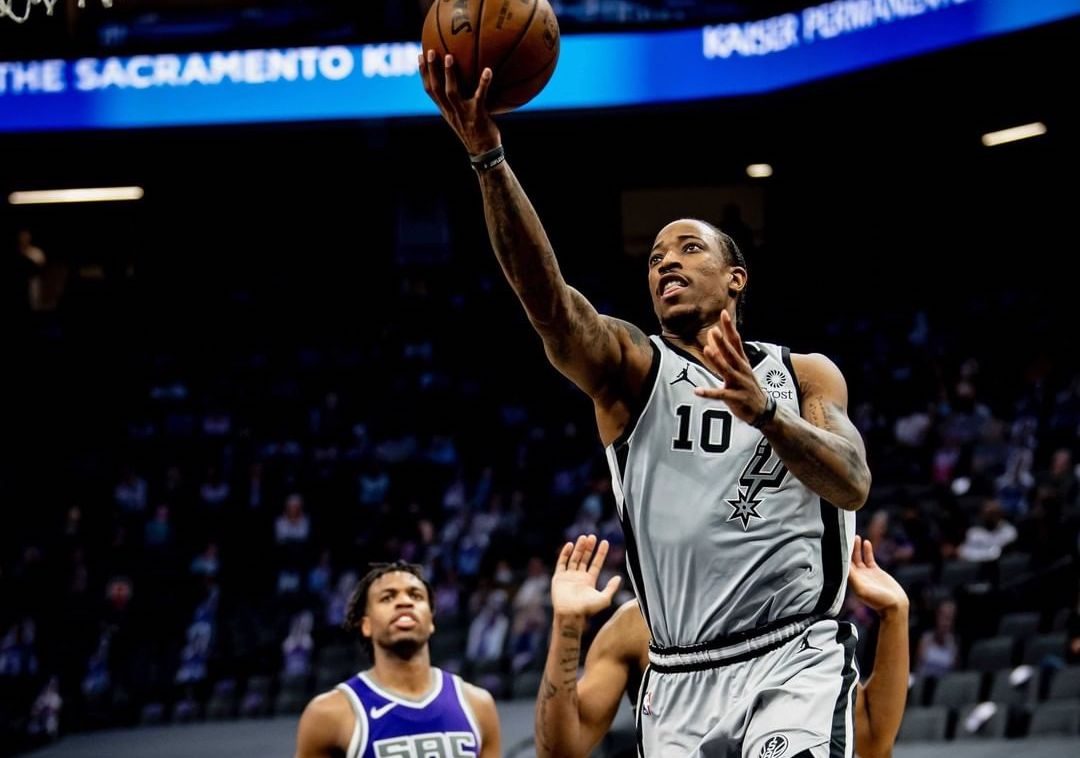 DeMar DeRozan scored 25 points and Lonnie Walker IV made key baskets in the decisive stretch as the visiting San Antonio Spurs defeated the Sacramento Kings, 113-104, on Friday, May 7 (Saturday, May 8, Manila time).

The Spurs were down by 3 points heading into the 4th quarter but used a 14-3 run over the first 3 1/2 minutes of the final period to open up a 92-84 advantage. San Antonio pushed the advantage to a game-high 11 points before Sacramento clawed back to within 103-102 on a banked three-pointer by Buddy Hield with 2:37 remaining.

However, the Spurs never surrendered the lead, with Walker scoring half of his 16 points in the final 3:03 of the game.

The 10th-place Spurs (32-34) snapped a five-game losing streak and moved their lead over the 11th-place New Orleans Pelicans to 2 1/2 games for the final position in the Western Conference play-in tournament.

San Antonio owns the tiebreakers with both New Orleans and 12th-place Sacramento (29-38), which is 3 1/2 games back of the Spurs. The Kings had a four-game winning streak halted.

The Spurs enjoyed as much as a 10-point lead in the 1st quarter before settling for a 25-21 advantage after 12 minutes of play. Sacramento came all the way back to go ahead 47-46 on a Hield three-pointer with 1:38 left in the ensuing period, but San Antonio ended the quarter with 3 consecutive baskets by DeRozan to assume a 52-49 lead at the break.

DeRozan led all scorers with 18 first-half points. Davis’ 15 points off the bench (on 6-of-7 shooting) paced Sacramento before intermission. – Rappler.com